The 2020 MTV VMAs brought together some of the music industry’s biggest stars for a night of socially distanced celebration. While the evening definitely looked a little different this year with prerecorded interviews, performances, and award presentations, that didn’t stop the stars from dressing full glam for the red carpet. Follow along as we rank some of the most memorable red carpet looks from the 2020 MTV VMA’s:

We have to admit we weren’t the biggest fans of Bebe Rexha’s look for this year’s VMA’s. The leather jacket seemed to have many details that competed for attention like the oversized lapels and corset strings. We absolutely love her beauty look however with the sleek ponytail and soft glam makeup.

Doja Cat looked gorgeous at the 2020 VMAs in this red iridescent dress. We love the 3-dimensional floral detailing of this look and how she wore a warm berry eyeshadow to highlight the colors of her dress.

Miley Cyrus missed the mark for this year’s VMAs where she opted for a sheer black dress with chunky sequin details on it. The dress bared a lot of skin and seemed to lack the red carpet glam factor we were hoping for. We do love her cherry-red lip that she paired with this dress, however, which really stood out against the black dress.

Nicole Richie looked stunning at the 2020 VMAs where she opted for a lime green dress that featured a high-low hemline and layered fabric on the skirt. It was unique, but still bold and edgy which worked perfectly for the VMAs. We especially love the green sparkling shoes she paired the look with!

Sofia Carson had a fashion miss at this year’s VMAs where she opted for a cherry red full ballgown. The VMAs are typically known for being more casual and trendy when it comes to awards shows and this look certainly stood out as a little too formal for the occasion.

Joey King dazzled at the 2020 VMAs wearing this long sleeve floral minidress. The look felt feminine and girly but also a little edgy the way she styled it with a chunky gold chain necklace and dramatic hair clips.

Lady Gaga had a variety of looks for this year’s VMAs but the one she rocked on the red carpet was this silver dramatic number. While a look like this is definitely on par with Gaga’s experimental style, we would have been bigger fans of this look without the bubble headpiece which seemed an unnecessary addition.

Keke Palmer looked gorgeous at this year’s VMAs where she rocked a powder blue minidress with a butterfly detail on the hip. This look had the perfect amount of drama and red carpet glam, which is why it was a major red carpet win of the evening.

We felt that Bella Hadid missed the mark with her red carpet look for this year’s VMAs. The sheer top left little to the imagination and the trousers seemed much too oversized and drowned her figure.

Madison Beer stole the show at this year’s VMAs where she rocked a black minidress with sheer detailing. The dress showed off her long legs perfectly and the full-sleeve glove detail felt very glamorous and classic. 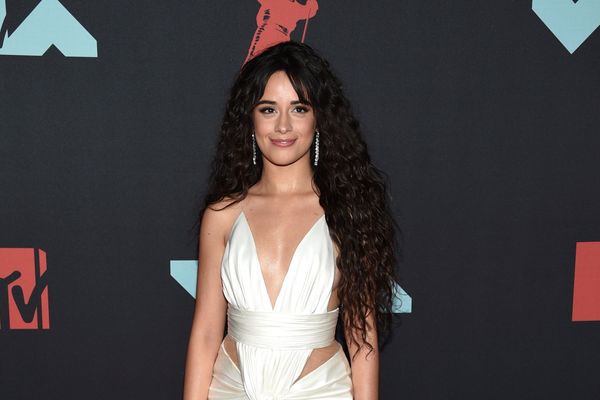