Through nine seasons, CBS’ massive hit show The Big Bang Theory has been the leading comedy on TV. In only its first few seasons, it exploded into a cultural phenomenon making the world of “geeks” funny and cool. Although Sheldon Cooper is premised as the lead, and the funniest character, on the show, Leonard Hofstadter played by Johnny Galecki has had more than his fair share of hilarious moments to counteract Sheldon’s incessant narcissism. From poking fun at himself, to his backhanded remarks at Sheldon, to his interactions with Penny, Leonard has had fans burst out laughing. Check out 10 of his funniest quotes from the show’s nine seasons.

Out of the entire group, as Sheldon’s roommate Leonard knows best how to deal with him, including giving advice on him to the others in a hilarious manner.

Leonard: “Penny, you don’t want to get into it with Sheldon. The guy’s one lab accident away from being a super villain.”

Throughout the seasons of Big Bang Theory, Leonard’s Sheldon jokes often insinuate he is very childlike, which is true and makes the joke funny each time.

Penny: “Sheldon, you wanna take a break? Your food’s ready.
Leonard: “What your doing? He’s both happy and quiet. It’s like seeing a unicorn and bigfoot at the same time.”

Leonard is not in denial about the fact he is a “nerd” or vertically challenged, and sometimes his funnies moments are when he makes fun of himself such as when he dressed up as a hobbit for Halloween, and got kissed by Penny in front of her physically intimidating ex-boyfriend Zack.

Leonard: “That’s right, you saw what you saw. That’s how we roll in the Shire!”

Sometimes the funniest moments on the Big Bang Theory are when the characters’ jokes play off one another, and while this scene is all about Sheldon’s face, it is Leonard’s line that makes it even funnier.

On the Big Bang Theory some jokes are complicated to match the IQs and professions of the main characters, but then there are some that are so basic, yet just as funny.

Leonard: “Some kind of nerd? I’m the king of the nerds.”
Penny: “What does that mean?”
Leonard: “It means that if someone makes me mad, I won’t help them set up their printer.”

Even though Leonard and Sheldon are really good friends, sometimes Leonard can’t help but buckle to Sheldon’s consistently annoying (albeit funny) personality and react with the harsh truth to his friend.

Sheldon: “What if someone kidnaps me, forces me to record my voice, and then cuts off my thumb?”
Leonard: “I’ll send them a basket of muffins.”

One of the funniest episodes of the series is season three’s “The Einstein Approximation” where Sheldon goes delirious from lack of sleep trying to figure out one of his theories. Before the iconic scene where Leonard has to get Sheldon out of a ball pit in the middle night, he has to explain to Penny where he is going in the funniest way possible.

Penny: “What happened?”
Leonard: “Sheldon’s escaped and he is terrorizing the village.”

Leonard’s self-deprecation jokes are usually pretty funny, but they are even better when he is talking to a girl and he has no problem admitting to his lack of experience with women.

It is really obvious that Leonard’s reactions to Sheldon’s make for some of his funniest quotes, and what makes them even better is the dry humor Leonard delivers them with, including one of his best in the episode “The White Asparagus Triangulation.”

One of the funniest episodes of season 6 was “The Re-Entry Minimization” in which Penny and Amy compete with Sheldon and Leonard for a hilarious game night. The finding Waldo compeition between Leonard and Amy without their glasses resulted in one of Leonard’s funniest quotes from the whole series.

Sheldon: “How could you not find him!?”
Leonard: “Because he’s hard to find. If he was easy to find the books would be called, There’s Waldo!” 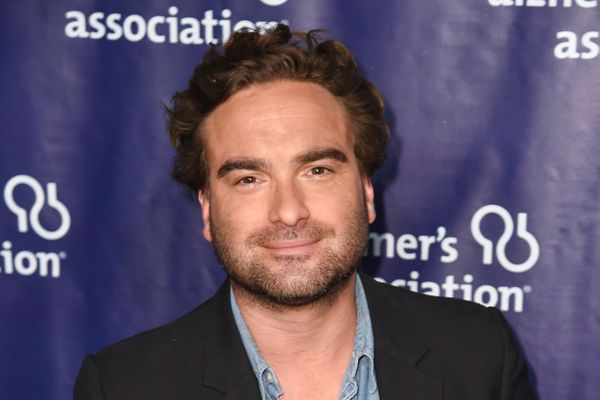