In the land of soap operas, opposites do attract. The good girl next door always seems to be taken by the bad boy in town (and vice versa). When it comes to Young and the Restless (Y&R), this recipe for romance has worked in the past, but there are also times when it failed miserably. Whether you are talking super couples or those who didn’t make it, below is an overview of Y&R’s mismatched couples.

Even though these two had tremendous chemistry, and were a fun couple to watch on daytime drama screens, Kola was a mismatched couple. She came from a down-to-earth upbringing, where she had to work for everything she got. Meanwhile, as an Abbott, he grew up with prep schools and opportunities handed to him. They were worlds apart, although they did look cute together. 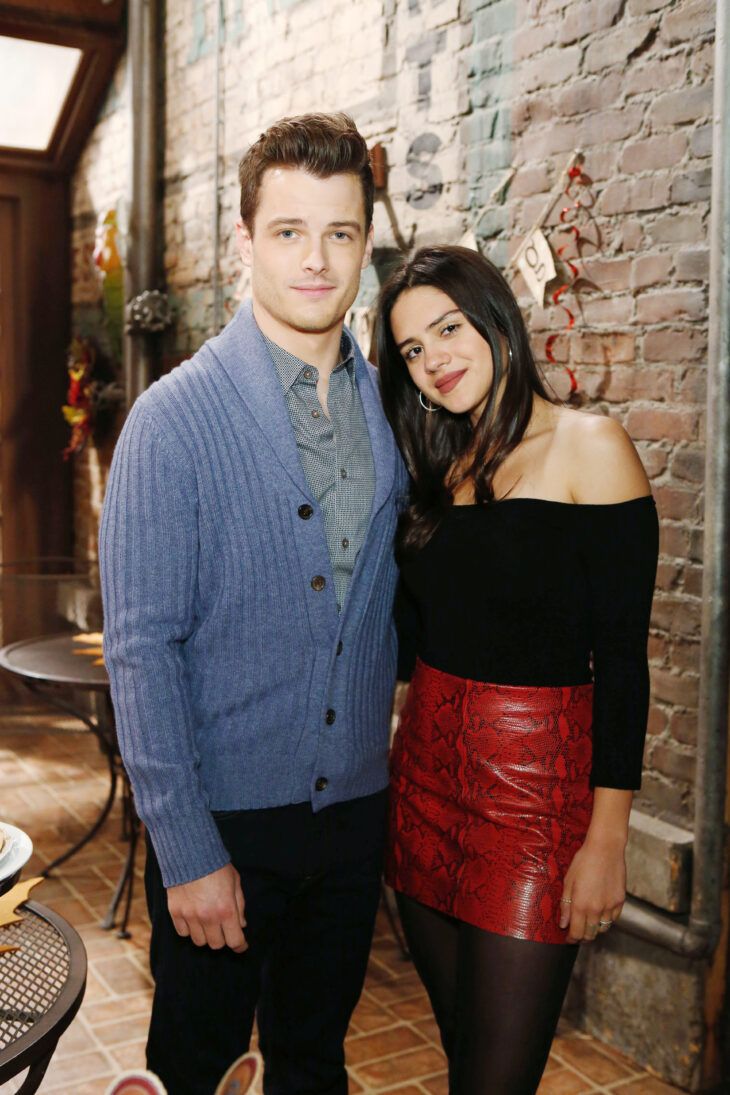 Victor met and fell in love with Sabrina in 2008, and the couple was happy together until her passing later that year. While age difference was a factor with being mismatched (after all, she was his daughter’s BFF … kind of gross), they had different backgrounds and quite different upbringings. 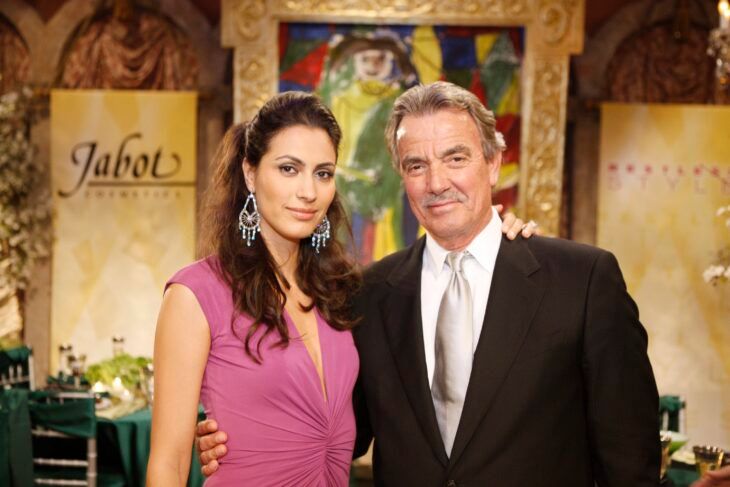 Yes, these two were vastly different, but one thing they shared was good old-fashioned and honest values, plus, the same humor, and the idea around trying new things. The two had tremendous communication and were not only husband and wife, but also best friends. While Katherine and Murphy were mismatched, they made it work well. 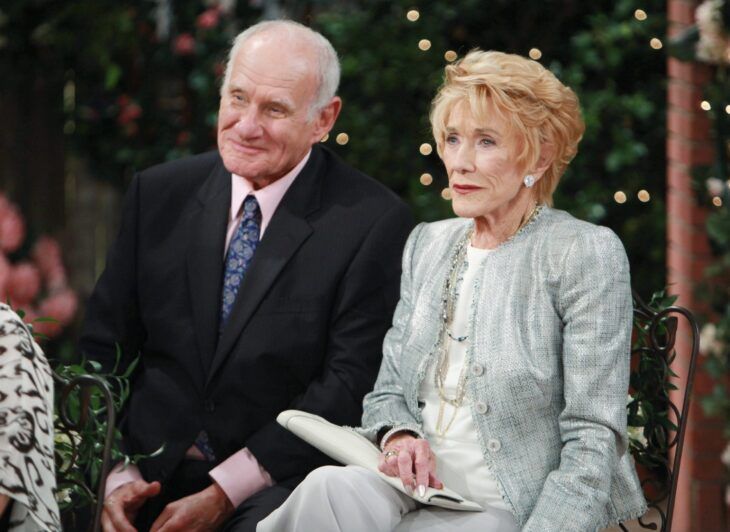 Age difference aside, these two were a mismatched couple from the get-go. When they hooked up in 2011, Nikki Newman was considered a high-society diva in Genoa City, whereas Deacon was a con artist, bartender, and low life. The handsome Sharpe was able to turn Nikki’s eye and manipulate her into marrying him, despite her daughter Vicky’s warnings. Nikki would eventually see Deacon’s true colors, so these two didn’t last long, but still a cringe-worthy mismatched couple to reminisce upon. 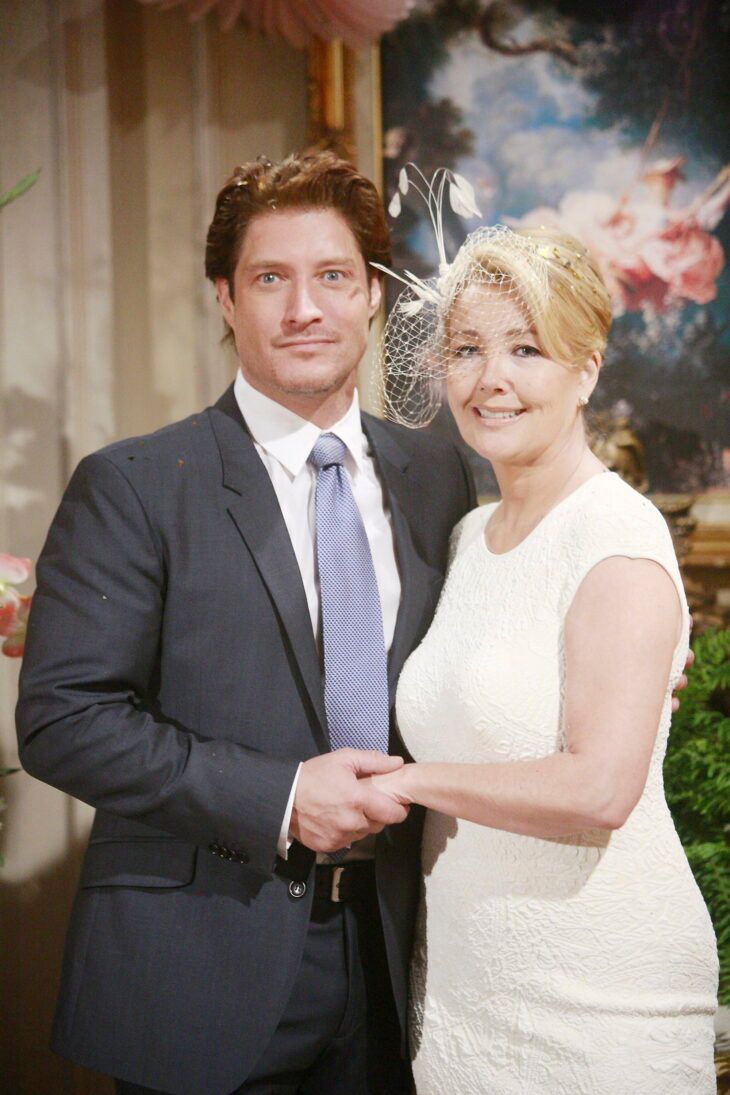 Billion-dollar princess Victoria Newman seemed to have a type that she always fell for, you know, the hunky corporate businessman. Her relationships with Neil Winters, Brad Carlton, Billy Abbott, and Ryan McNeil proved this, and maybe she always falls for this “type” because of who her father is. Along came J.T. Hellstrom in 2008. Unlike her other suitors, he wasn’t corporate, a businessman, or even remotely wealthy. J.T. was an average Joe, who also happened to be incredibly handsome and charming. While this couple was mismatched, they also had tremendous chemistry and were a good fit at one point in time. Perhaps some of that chemistry is attributed to the fact that the actors who play Hellstrom and Newman were also a real-life couple at one point. 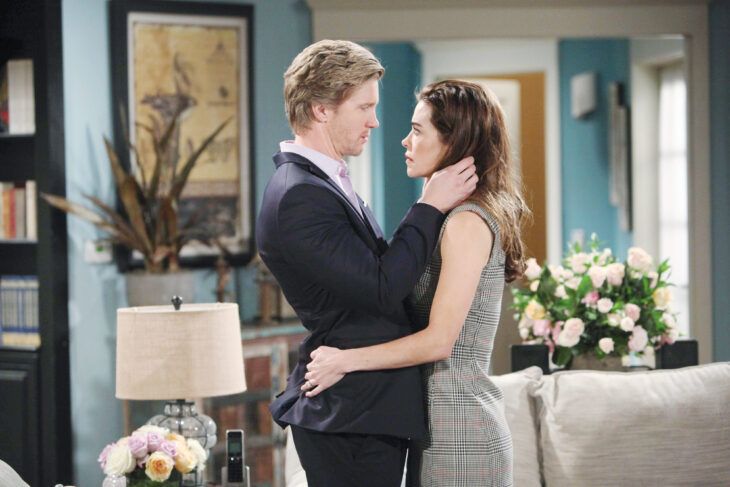 Paul has been one-half of many super couples in Genoa City. He and Lauren Fenmore had some good times together, as well as he and Christine Blair. With that said, a mismatched relationship of his was the one he shared with Isabella Brana in the early 2000s. She was hired by Michael to ruin his relationship with Christine, and in the process, Brana ended up falling in love with Paul. The entire relationship was wrought on lies and deception and needless to say their 2002 marriage didn’t last long. 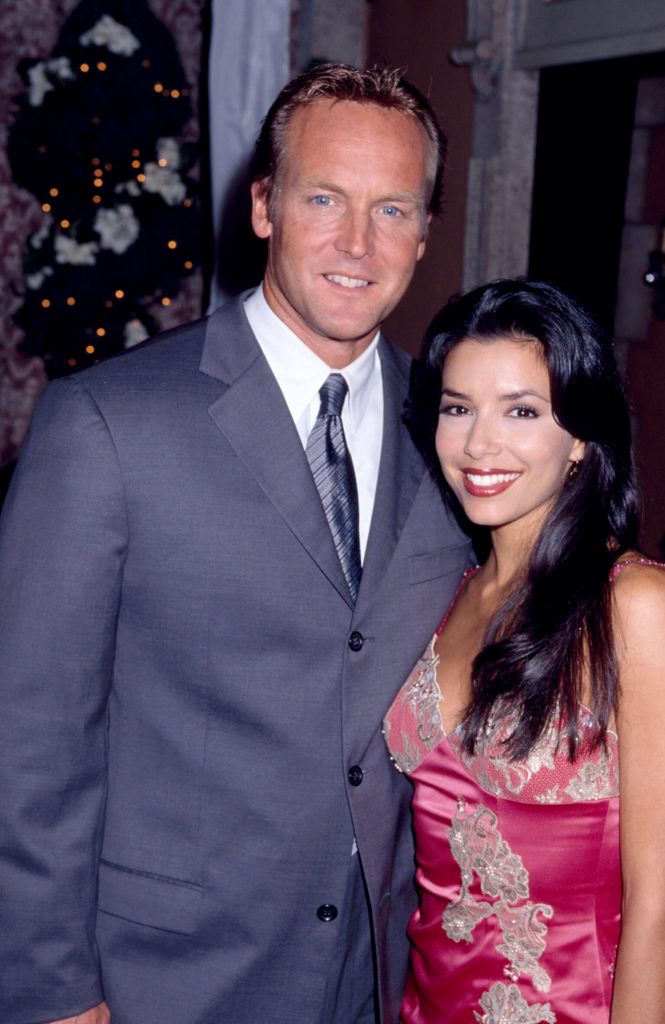 By-the-book lawyer meets handsome artist, they fall in love, and live happily ever after! That’s the love story between Danny and Heather, an extremely mismatched couple that seemed to make it work. There was time these two were on opposite sides of the law, but they met each other in the middle and found romance together in 2012. Danny had a slew of failed relationships with somewhat unstable women, and Heather seemed like the strong lady he needed in his life. They currently live outside of Genoa City and are raising Danny’s daughter Lucy together. This relationship proves mismatched couples can work! 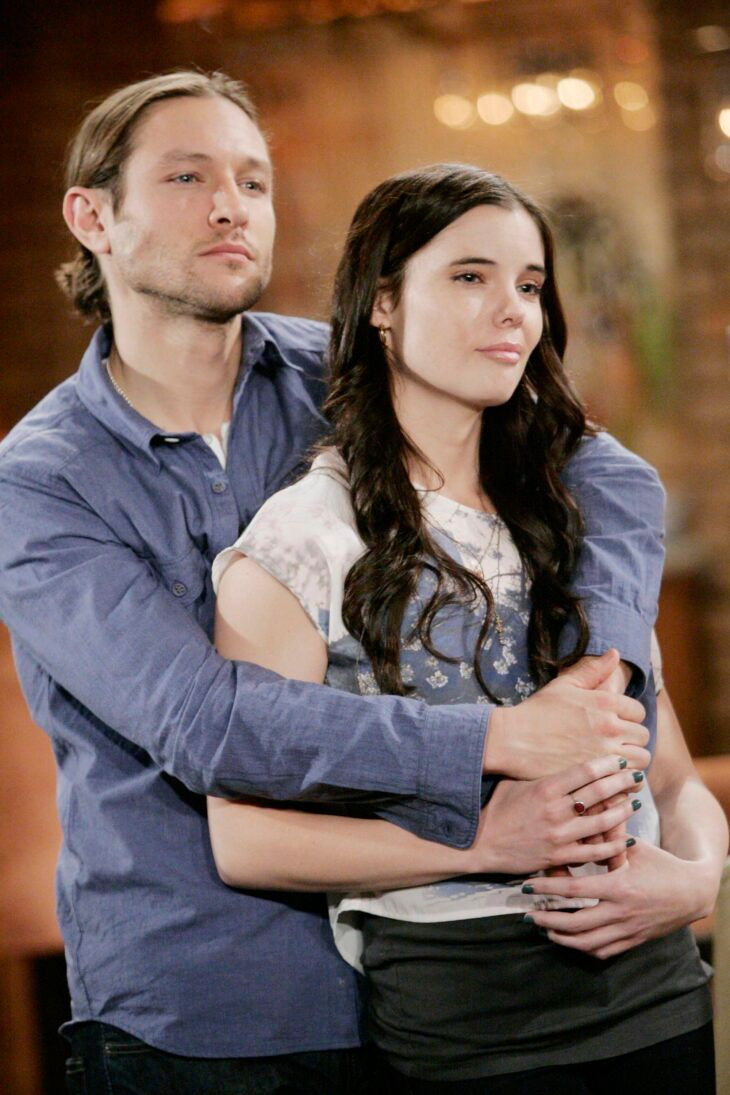 You may have just done a double take, but we are talking about Danny Romalotti Sr. this time around. In the 1980s Genoa City’s teen scene centered around rock star Danny Romalotti, Traci Abbott, and Lauren Fenmore. While Traci and Lauren fought over Danny during this time, the rock star did date Traci at one point, as well. Traci was reserved, insecure, and not at all like the uninhibited Danny who performed on stage and had a crazy fan following. While the two would eventually move on from each other, it took years for Lauren and Traci’s rivalry to end.

The handsome and charming Brad Carlton engaged in many relationships while in Genoa City. He was involved with both Abbott sisters (Ashley and Traci), mom Nikki, and daughter Vicky Newman, as well as Lauren Fenmore, Sharon Newman, and at one point, Olivia Barber too. It was a short affair, but a meaningful one for Olivia. This was a mismatched couple because Olivia was the type to always “do the right thing,” whereas Brad always seemed to do what best suited for Brad. Olivia would bed her BFF Ashley’s man, but their couple status wouldn’t last long. The relationship ended when Brad realized he had fathered Ashley’s baby, and dropped Olivia like a bad habit in 2003. 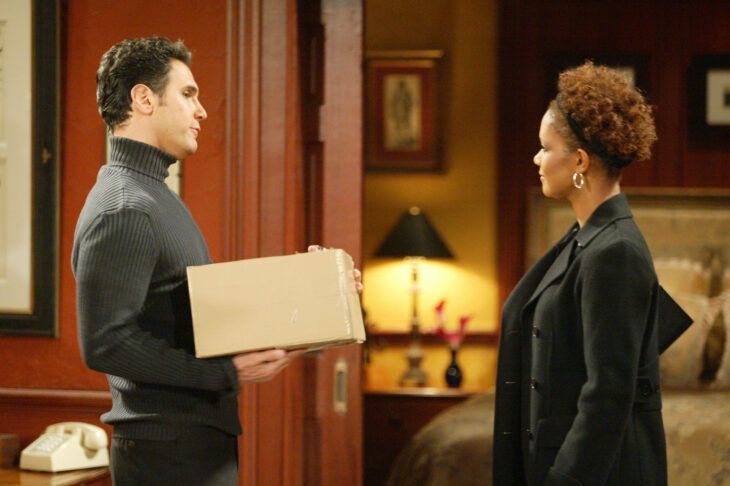 These two hit the worst couples list as well as this mismatched one! Their age difference was a non-issue, but these two certainly had nothing in common … other than maybe their last name and immediate family! The two got hitched twice in 2012, and it seemed the only reason they hooked up was a vengeful need to get back at others. Overall, their mismatched relationship had little depth to it and was all around creepy. 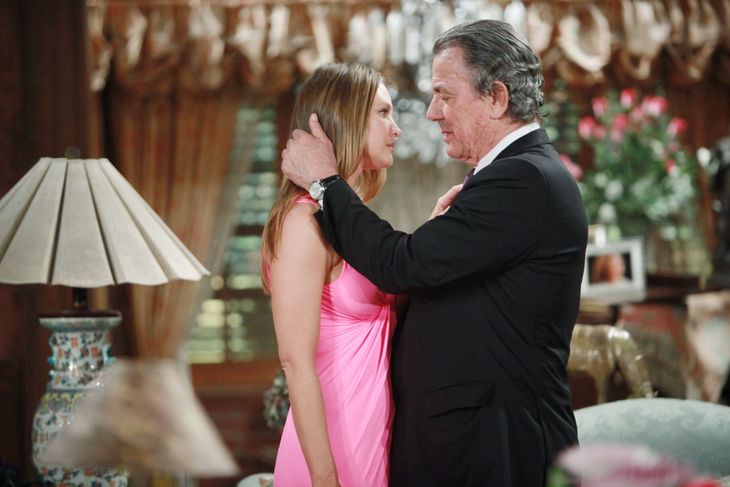 Chloe certainly isn’t the gold-digger she once was, but who would have thought she would fall for Kevin Fisher as she has? After going through the “Chancellor” men Cane, Billy, and Chance, it’s hard to believe that Chloe fell for this sweet, handsome, computer geek. The two started as friends and would eventually fall in love and get married. Kevin seems to have a soft spot in his heart for the “crazy ones” and Chloe kind of fit this to a ‘T’ at one point. Despite being mismatched, they make it work (again and again). 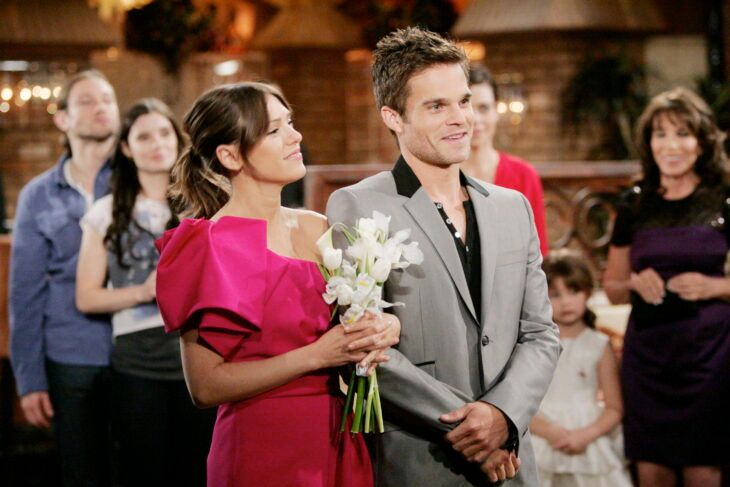 Speaking of the Fishers, another huge mismatched couple was Ashley and Tom, who hooked up in the early 2000s. An abusing father, he was the reason Kevin had so many issues. Tom also came from the wrong side of the tracks, where Ashley was born into one of the richest families in Genoa City. Ashley was manipulated into thinking Tom Fisher was Tom Callahan and had no clue about his past. Fisher/Callahan wooed Ashley well, and she was pretty smitten until his true identity came out. 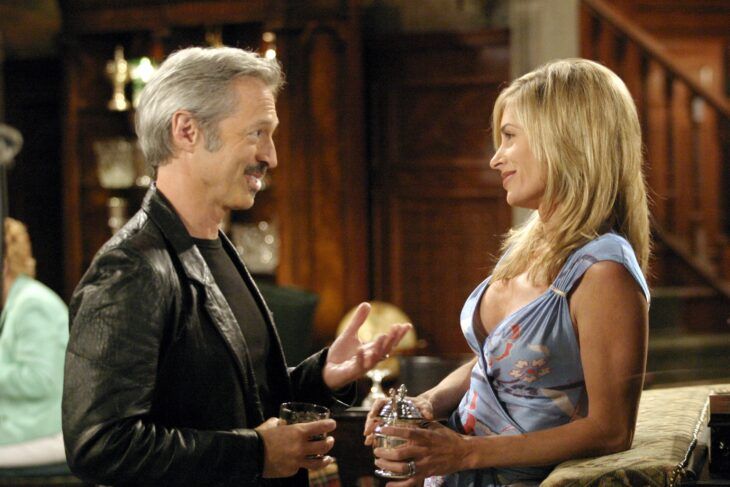 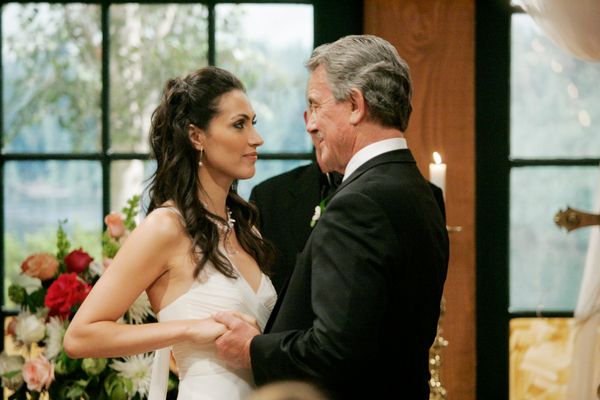