Season three of This Is Us is without a doubt one of the most anticipated series returns for the fall 2018 television season. Since the show first aired on NBC in 2016 it has became a TV phenomenon, drawing in millions of viewers, creating ratings records and earning numerous awards. Of course, the reason for its popularity is the incredible way the story of the Pearson family is being told, and the amazing cast behind the characters, all of which are unlike any other show on television right now. With the third season sure to bring even more twists, turns, emotions and incredible stories, don’t miss a thing with these This Is Us season three spoilers and everything you need to know:

While season two finally revealed how Jack died, luckily for fans and the way the series is presented, that doesn’t mean we have seen the end of Milo Ventimiglia’s Jack Pearson. Instead, season three is going to explore a new part of Jack’s life — before meeting Rebecca and becoming a father. “We’re definitely going to see Jack in the Vietnam era… We’re going to explore that side of Jack’s 20s and what brought him into the man that we all knew,” Milo Ventimiglia revealed. Of course, things won’t be as simple as they appear. The end of season two saw Kevin and his new girlfriend Zoe heading to Vietnam to explore that time in Jack’s life, and what they find might be shocking. Justin Hartley said that what his character Kevin finds out about Jack in Vietnam will be “super heartbreaking” and “shocking.” He added, “It’s not what anyone is expecting. No one is going to see it coming.” Ventimiglia echoed those sentiments saying, “People have an idea and they think they do but man, you have no idea. You won’t see what’s coming,” about what is in store for Jack. 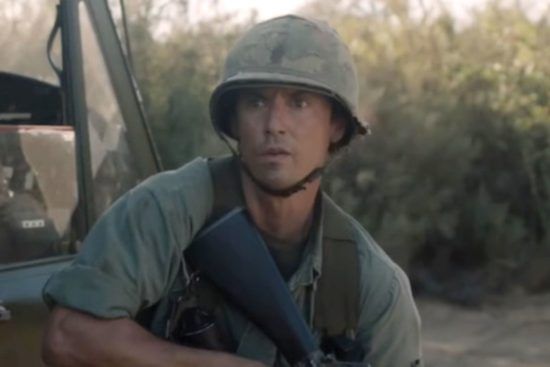 Another major cliffhanger that left fans reeling at the end of the season two finale was the flash-forward 13 years in the future to Tess all grown up working as a social worker when she gets a visit from an old Randall who tells her “It’s time to go see her,” and Tess replies, “I’m not ready.” Of course, that left the question about who they are talking about, and fans instantly thought of Beth, but Sterling K. Brown revealed that is probably not the case. “I know who the person that future Randall is referring to, but Fogelman would cut off my big toe if I actually told you who it was,” Sterling K. Brown told EW. “But I can tell you it’s probably not what you suspect. It will be like ‘Oh, wow — didn’t see that coming.’” Meanwhile, Chrissy Metz added, “It’s not good. It’s actually very heartbreaking.” For fans who fear that they won’t find out who the “her” is in season three, Brown did reveal that “at some point in the season” it actually will be revealed, and the showrunners added that there will be more flashes to the future! The possibilities are endless about who the “her” is and signs might be pointing to Tess’s little sister, Annie. 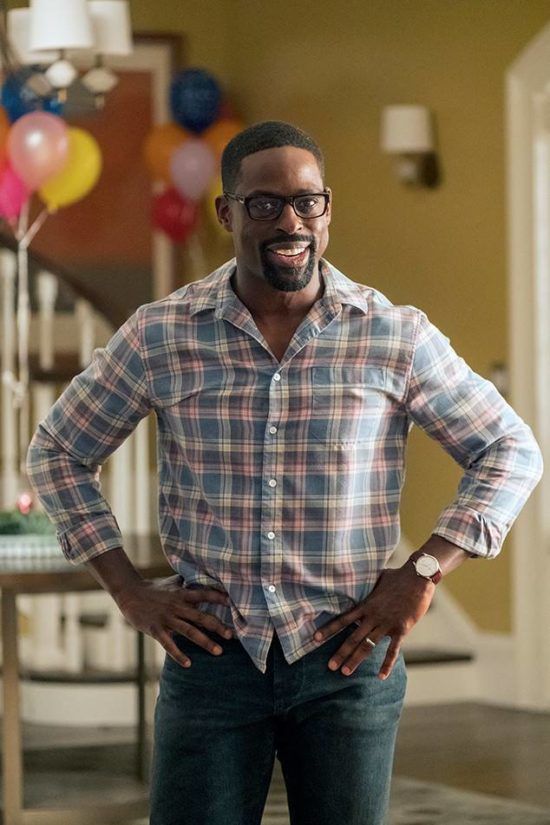 One spoiler that much of the cast and crew are happy to talk about heading into season three, is that fans better be ready to pay attention because following the timelines is going to get harder than ever! “A typical episode of This Is Us has three sibling storylines and then a past episode, and every now and then we’ll devote one solely to one character, but this season we’re really throwing everything out the window and saying all bets are off,” showrunner Isaac Aptaker said. “Now that we’ve figured out that our audience is along for the ride…we’re kind of breaking all the rules. We’re challenging ourselves to jump to decades we’ve never been to before, and going to the future as we’ve seen a little bit, and really play with the storytelling format in a way that’s just much more complicated than we were able to in earlier seasons, when we were kind of showing people how the show worked,” he added. Just make sure you are paying attention, because it might be easy to get lost this season. “So maybe we’ll do an episode where every act is a different time. Maybe we’ll have something that jumps five timelines in an episode. We’re really pushing the limits of what people will comprehend,” Aptaker said about the upcoming season. 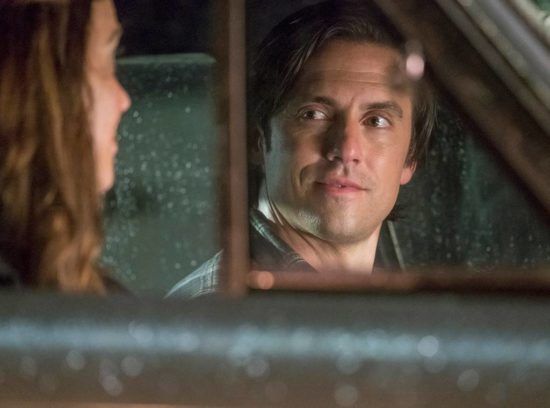 This Is Us has explored a lot of Jack and Rebecca’s relationship, but the in between of the beloved couple meeting and then starting a family has always been a little blurry, but season three is going to change that. “I know that’s an area that Mandy and I have always enjoyed playing around with,” Ventimiglia told Entertainment Weekly in May 2018. “It would be fun to see the discovery of these two people and past that blow-back-your-hair, first moment of sight.” In a first look promo, Mandy Moore and Milo Ventimiglia shared that their characters’ courtship will be a big focus picking right up from the night they met and “how they spent the rest of that evening.” 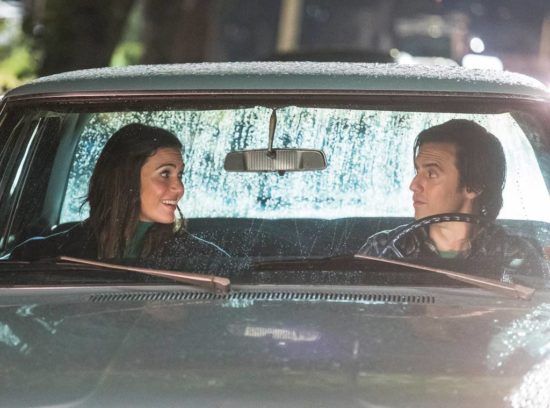 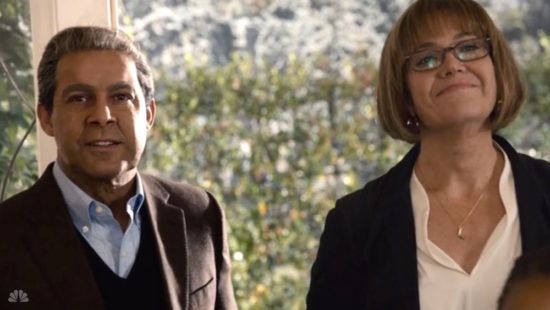 Fans will never forget the This Is Us’ pilot back in 2016 that opened up with the Big Three’s 36th birthday, and season three will open up by paying homage to the pilot but this time the Big Three are turning 38, and a lot has changed! “We’re picking up on our big three’s birthdays…everyone turning 38,” the EPs confirmed. “We teased a lot of where we’re going at the end of our season last year…our storylines are going to catch up to all of those moments over the course of this year.” 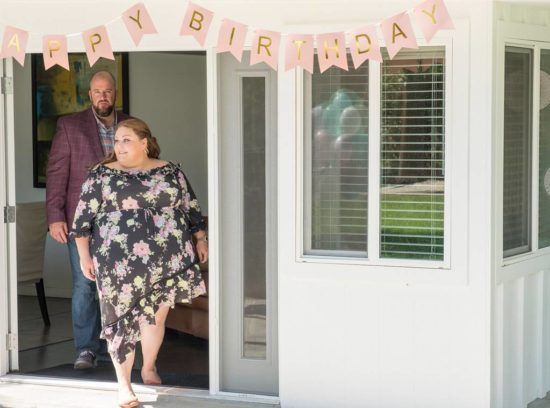 Season two, especially the finale episode, had many fans worried that Randall’s wife Beth Pearson would be the next tragic death they would have to endure, but it has been spilled that fans don’t have to worry about saying goodbye to Beth — in fact there will be more time spent on her! “They’re not going to kill Beth. She’s going to survive. It feels good to know,” Susan Kelechi Watson revealed. Dan Fogelman added that he can’t wait to use season three to branch out from the core Pearson family group and give more time to these additional and just as excellent characters like Beth. Fogelman said that season three will do a “deep-dive where we learn about her backstory; she’ll get a showcase.” Additionally, there is a good chance fans will be introduced to more of Beth’s family through this backstory after her cousin Zoe was brought in at the end of season two. 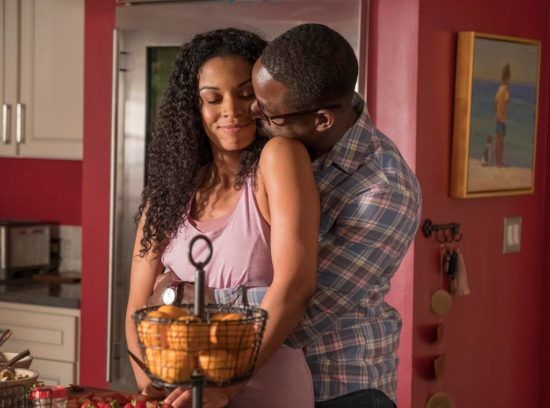 While Beth has been Randall’s rock, Toby has been Kate’s, and fans can’t get enough of the hopeless romantic with his incredible personality and humor. Although fans know Toby Damon as the happy-go-lucky romantic, they also know he has struggled with depression in the past, and the season two finale revealed he might be headed down a dark path with his mental illness in season three. It has also been revealed that the season will give more of a backstory to Toby, his depression, and his family. “Obviously, it’s such an estranged relationship that he didn’t even bother to come to Toby’s wedding,” executive producer Elizabeth Berger told EW about Toby’s brother not even attending his wedding, and of course the strained relationship he has with his parents “[a]nd moving forward as we get to know Toby better in season three, we’re definitely going to be exploring his family and his relationships in a deeper way.” 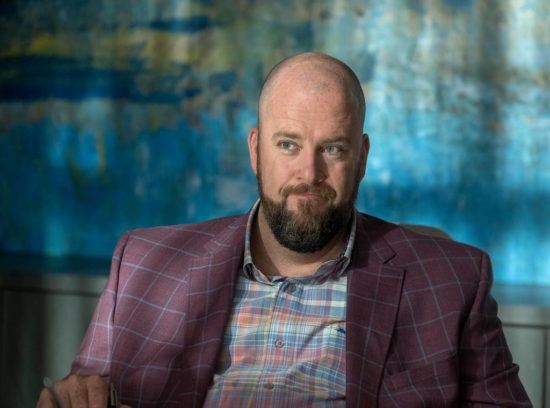 With so many fantastic characters to love, season three of This Is Us is adding some new faces to its main roster. In between seasons two and three it was confirmed that Lyric Ross who plays Deja had been promoted to series regular, and Sterling K. Brown said, “Navigating Deja’s role in the family is going to be huge.” Additionally, Melanie Liburd who plays Beth’s cousin Zoe has also been promoted to a series regular role, which means her relationship with Kevin will be a focal point. NBC’s sneak peek for the season shows Beth finding out about the couple, and most definitely not being happy about it. One of the biggest cast spoilers in the show’s off-season was that Michael Angarano had been cast as Nicky Pearson, Jack’s brother, and will play a pivotal role in the episodes and scenes dedicated to Jack’s time in Vietnam. Another new addition to This Is Us in season three will be actress Jane Kaczmarek who is best known for her role as Lois Cleaver on Malcolm in the Middle. She has been added to the cast as a liberal university professor and scientist who is described as intelligent, warm, and down-to-earth, but what role that has in the Pearson story and how she is introduced remains unclear. 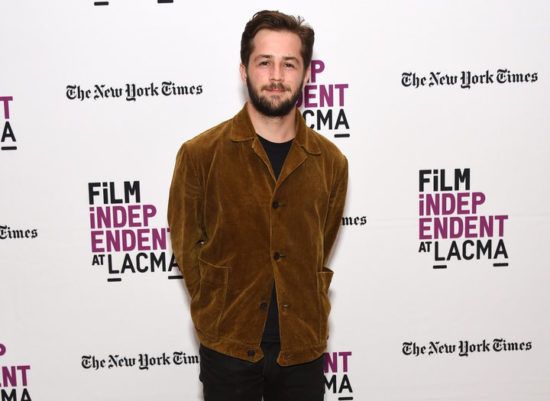 After season two’s heartbreaking miscarriage, it looks like season three will see Kate and Toby back on the path to trying to start a family! While many thought that the storyline would be derailed by Toby’s depression, the first promo for the season sees Kate tell Toby right after their wedding that she wants to “make a baby,” and later says her birthday wish out loud, “I want a baby.” Unfortunately, Chrissy Metz said that it won’t be that simple for the two, and another shot shows Kate throwing another pregnancy test in the trash while looking sad and disappointed. Of course, it seems that trying to start a family along with Toby’s depression will collide, but this time Kate will be there to take care of her husband. “It doesn’t seem like Toby’s illness will come between him and Kate; instead, it feels like it might help them grow closer,” a spoiler for the season read.

The last thing This Is Us fans want to think about only in the show’s third season is its eventual end, but Dan Fogelman shocked everyone when he revealed that pieces of the series finale have already been filmed! Fogelman made the reveal at a For Your Consideration Emmy event in May 2018, stating he not only knows how the show ends, but has filmed bits of it, although he added, “We’re pretty far out.” While the finale might be “far out,” Fogelman also said, “Our writers and I are kind of to the end. We know where it ends and we have a path for each season of the show. We’ve always had a plan. We didn’t want to get stuck. We had the kids and the timelines, and had to have a plan. I don’t think this show despite any success it may or may not have, will overstay its welcome.” 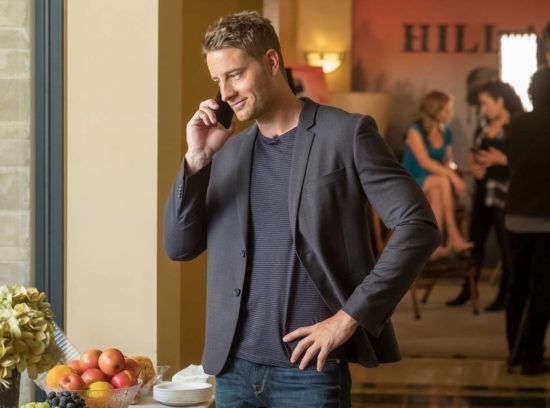 In June 2018, NBC confirmed that This Is Us will return with new episodes beginning on Tuesday, September 25 at 9 p.m. Per the announcement, this is approximately one month after Jack’s birthday and the Big Three’s birthdays, which is of course where the show will pick up and start piecing together what fans have missed in between. 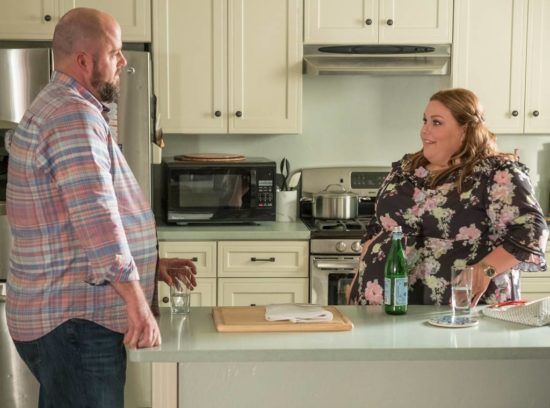 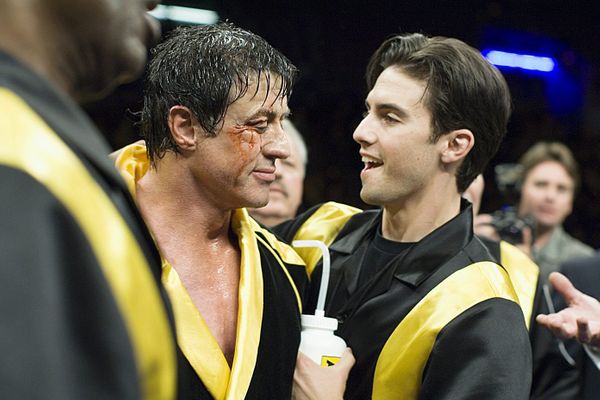