Many of Hollywood’s biggest icons of today got their start in the 1970s and have carried their legacy through the decades, many still landing major roles. Like many celebrities, a lot of these men were set apart from the rest not only because of their superb acting skills, which they most definitely have, but because of their very distinct looks that turned them into sex symbols. Back in the 70s, the style was really different from clothing to hair, but there it really didn’t matter as these male celebs could pull of anything and make it look good. For “Throwback Thursday” take a look at this list of hot male stars in the ’70s.

No matter how many movies he does, how many headlines he makes or accolades he receives, John Travolta will always be remembered as the incredibly attractive young man in two of the biggest films of the late ’70s, and one of the decades biggest shows. Travolta was only 21 years old when he hit the small screen in Welcome Back, Kotter and stole hearts everywhere. His heartthrob status quickly hit new levels when he showed off his dancing skills in 1977’s Saturday Night Fever and hit the top of the spotlight at only 24 when he not only looked good and danced, but also serenaded us all in 1978’s musical classic, Grease.

Martin Sheen has been an A-lister in Hollywood for awhile, but it all began in the late ’70s when he starred in 1979’s Apocalypse Now. That same year he starred in the TV mini-series Blind Ambition, and went on to have a remarkable career, but many cannot forget his start as a fresh-faced Hollywood newcomer.

These days it seems age has taken its toll on Jack Nicholson and with so many starring roles many forget just how handsome Nicholson was back in the ’70s. His popularity had him appearing in at least one movie a year from 1970-1978, including his Oscar winning performance in 1975’s One Flew Over the Cuckoo’s Nest. Of course his good looks not only gained him admiration from fans; Nicholson is still known as one of the biggest womanizers in Hollywood, never more so than in his prime in the ’70s.

That voice alone could make you swoon, but Connery’s suave, classic look was enough to make him the complete package and of course the ultimate Bond through the ’60s and into the ’70s in 1971’s Diamonds Are Forever. Audiences couldn’t get enough of Connery and as such dominated as a leading man right through the ’70s with roles in films like Murder on the Orient Express, The Man Who Would Be King and The First Great Train Robbery.

Everyone had a crush on Luke Skywalker, the hero of the world’s biggest franchise Star Wars, and it wasn’t hard to see why with an absolutely adorable 26-year-old Mark Hamill in the role. Hamill was a busy guy in the ’70s already drawing attention with his multiple television roles, but nothing would bring him more fans and admirers than the 1977 mega-blockbuster Star Wars: Episode IV – A New Hope.

It is fairly safe to say that Al Pacino was the “It” man of the ’70s thanks in very large part to his extremely macho role of Michael Corleone in 1972’s The Godfather. Pacino only had two acting credits to his name before he landed the major role at the age of 32, but it was the catalyst that has made him one of Hollywood’s most iconic and respected actors. He reprised the character with The Godfather: Part II in 1974, and while the role is one of the most renowned, Pacino remarkably outdid himself later landing the role of Tony Montana in Scarface.

One of the only actors to be talked about on the same level as Al Pacino is Robert De Niro, who also made himself well known in the ’70s starring alongside Pacino in The Godfather: Part II. While he has had many more major roles outside of the decade, the world came to know him then and his striking good looks helped elevate his leading man status quickly, along with his incredible acting abilities.

Dustin Hoffman may have made his big debut in the ’60s  in The Graduate and Midnight Cowboy, but his star only kept rising in the ’70s as the attractive actor starred in Little Big Man, Straw Dogs, Lenny, Kramer vs. Kramer and All the President’s Men. He had a unique look, but with his amazing hair, and infectious grin there was no helping falling for Hoffman in his prime.

Robert Redford has always been attractive, but as one of Hollywood’s leading men of the ’70s, he really hit his stride. He was so high in demand at that time he was sometimes starring in two movies a year, including The Candidate, The Great Gatsby, All the President’s Men and A Bridge Too Far. His lean stature and blonde hair is very reminiscent of a ’90s era Brad Pitt, a classic heartbreaker.

Many are stunned to learn that Harrison Ford was already 34 when he was cast in 1977’s Star Wars Episode: IV – A New Hope as he looked to be in his mid-twenties. Ford was immediately deemed one of the hottest men in Hollywood thanks not only to his obvious good looks, but his confidence and attitude that made him the ultimate action hero type. The thing about Ford is he only kept getting better with age, creating a lot of Indiana Jones fantasies as the star of that epic franchise as well.

There has never been a time Clint Eastwood has not been good looking. At 6’4″, he was a commanding presence but his chiseled jaw, sure confidence and lean body was enough to make him a leading man spanning an incredible six decades. While he made himself known in the ’60s, his star really took off in the ’70s with movies like Kelly’s Heroes, Dirty Harry, Magnum Force, The Outlaw Josey Wales, The Enforcer and Escape From Alcatraz. He was the ultimate man’s man with a no bulls–t attitude and looks that make it unsurprising that he too has been quite the womanizer over the years. 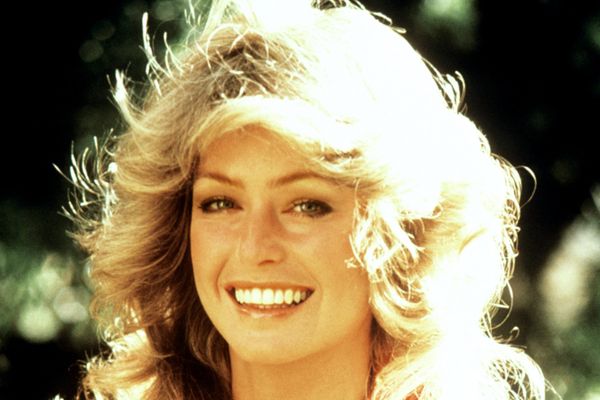