For a show that really doesn’t have that many people on it, Vanderpump Rules has had a lot of relationships. These people are constantly hooking up and breaking up, so it has become increasingly hard to remember who dated who. We’ve collected 7 Vanderpump Rules’ couples who everyone forgot dated:

Peter and Stassi dated before the reality show even began and before she got involved with Jax. In conversations with Jax during season one, Peter complained about Stassi and her constant nagging and said how he was happy to no longer have to deal with it. The relationship was really short-lived and it didn’t play a very important role in the show, which is why most people forget about it.

Jax and Carmen dated during season three of Vanderpump Rules. She was 23 and a law student and seemed way more together than her 30-something boyfriend, who was dating someone else at the same time that he was dating her. Even though Jax broke up with Carmen for Tiffany, he still tried to win his much younger ex back later in the season, but it didn’t work. After that, we never heard about her again.

Stassi and Frank began dating immediately after she ended things with Jax during season one and they continued to have an on-again-off-again relationship for the remainder of seasons one and season two. While Stassi seemed to really like Frank, Lisa Vanderpump couldn’t stand him and fired him for insulting a customer. After that, he and Stassi broke up and while he wasn’t seen on-camera again, later on, it was implied that he was the one trying to sell a sex tape of Stassi. One would think that would make it more memorable, but the rest of the cast didn’t like him and never mentions him anymore.

Jax and Laura Leigh dated for a hot minute during season one just after he and Stassi had broken up. She was most definitely Jax’s rebound and it became abundantly clear when he tried to break up with her at an AA meeting after learning how severe an addict she really was. He really didn’t care about her at all and was just using her to get back at Stassi, which worked. These two had a ridiculously messy breakup, which involved Jax breaking up with her so he could try and get Stassi back. In spite of this, Jax and Laura Leigh’s relationship remains one of the forgotten ones. It is like she ceased to exist once she left SUR.

Peter and Katie dated before the show began and the only reason that their relationship might be at all memorable is because Peter confessed that he was dating Katie and Stassi at the same time. According to Katie, she and Stassi found out that he had been dating them both after the fact and at that point they were friends and neither one of them was involved with Peter anymore. Katie then began dating Tom Schwartz and their relationship has taken up so much screen time that it’s hard to remember a time when she dated anyone else.

Jax’s season three girlfriend Tiffany barely made any appearances on the show that season and he reportedly cheated on her in a hotel bathroom after she hooked him and his friends up with a sick hotel suite in San Diego. Even though he denied cheating on her with some random in the bathroom, he was shamelessly trying to hook up with his coworker Vail while he was dating her. Jax and Tiffany’s relationship wasn’t particularly memorable, probably because there were only two instances where viewers saw them physically together.

During season four, after his failed attempt at romance with Vail, Peter began dating single mom Sarah. During one episode, he, Tom Schwartz and Jax babysit her son, and then in another episode, she accompanied Peter to the launch of Katie’s website Pucker and Pout. The relationship obviously didn’t last because, by season five, Peter was single, again, and his relationship with Sarah has never been mentioned again. 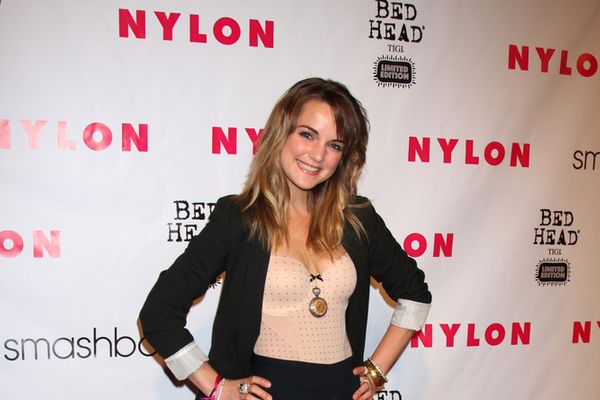