Who Wants To Marry A Multi-Millionaire: 7 Shocking Behind The Scenes Secrets

Who Wants to Marry a Multi-Millionaire was a controversial Fox reality show that featured multi-millionaire Rick Rockwell as he selected a bride out of 50 female contestants on live television. The showed aired in 2000 and was quite shocking for many reasons, one of them being that the contestants didn’t actually see Rockwell until he selected one of them to be his bride! Unsurprising, the show didn’t lead to long lasting relationships and instead caused quite a bit of controversy. Find out more about the show with these 7 shocking behind the scenes secrets:

Millionaire bachelor Rick Rockwell was selected from a pool of more than 100 millionaires. According to Fox, all contestants, Rockwell included, had at least $2 million in assets, which they verified. One of the reasons that they chose Rockwell was because he seemed really honest and sincere. “The perception is basically true: Millionaires are not all good-looking men,” Fox exec Mike Darnell told The New York Times. “We genuinely opted for the better-looking man. He struck me as totally honest. I had no questions about his sincerity. If that was a performance, he should have a couple of Emmy Awards already.” For the 50 female contestants on the show, the network had conducted coast-to-coast auditions.

While it might seem a bit risky for a millionaire to marry someone after only meeting once on a reality show, the network did their best to protect the Rick Rockwell by getting him and all of the contestants to sign a prenuptial agreement before they went on the show.

Even though Rick Rockwell was reported to be a multimillionaire there were doubts about the validity of this claim. Fox had stated that Rockwell had $750,000 in liquid assets and a net worth of more than $2 million; however, he didn’t live like a millionaire. He had an ordinary sized housed with a discarded toilet in the backyard. A number of Rockwell’s other claims were also called into question. He claimed he was a motivational speaker/real estate mogul who gave up his career as a stand up comedian in 1990, but he had performed in a comedy club in 1998. Also some of his motivational speaking gigs didn’t check out and he only had one piece of investment property. Rick Rockwell wasn’t even his real name either. He was born Richard Balkey and only took the name Rockwell as his stage name.

After the show aired, The Smoking Gun alleged that Rick Rockwell’s ex fiancée, Debbie Goyne, had filed a restraining order against him for domestic violence in 1991. She claimed that he assaulted her and stalked her when she tried to break off the engagement. Rockwell denied the allegations, but did admit that he had been involved in a relationship 10 years prior that had ended poorly.

After Rick Rockwell chose Darva Conger to be his bride and married her on the spot, the couple set out on their honeymoon, but it didn’t take long for Conger to start expressing regret about the marriage. She claimed that it wasn’t consummated and that they stayed in separate cabins on their honeymoon. After the honeymoon, she sought an annulment, which was granted on April 5, 2000, and sold her engagement ring and other prizes she won on the show in an online auction.

2. The Wrong Reasons for Being There

Darva Conger went on the show to get her ex boyfriend’s attention. According to her, she wasn’t actually interested in marrying a millionaire. “I knew that my motives were essentially pure. I knew I didn’t want to marry a multimillionaire. I was assumed the show was set up like I assumed that most dating and reality programs were. My innate knowledge of Hollywood is nursed. I went on the show for a trip to Vegas and a chance to be on TV for 10 minutes and look cute for a guy that I had recently broken up with and to get his attention,” she told Larry King on Larry King Live back in 2001.

Due to all of the controversy the show encountered, including the domestic violence allegations, Fox canceled a scheduled repeat airing of Who Wants to Marry a Multi-Millionaire and cancelled any future installments. The network also swore off doing similar shows in the future, with Fox chairman Sandy Grushow saying that programming like this could only reap short term benefits and that the network needed to develop comedies and dramas that could be long-term assets. 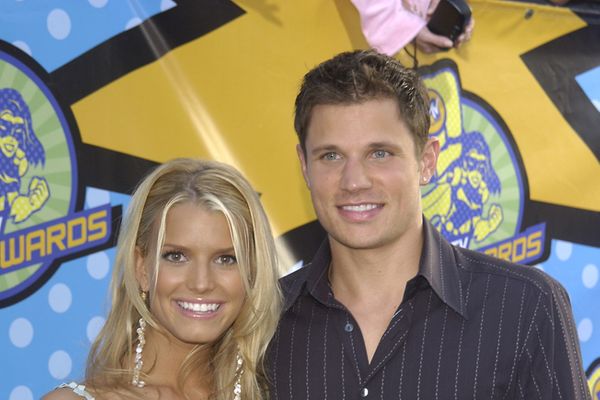 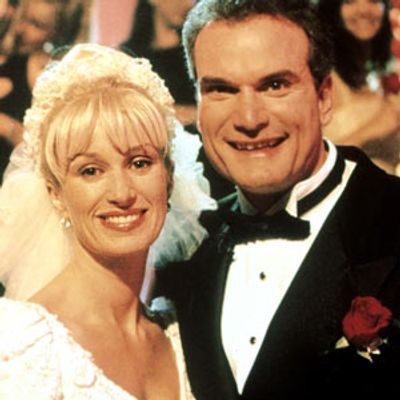