Will & Grace Revival: Everything We Know So Far

From 1998 to 2006, Will & Grace blazed a new path on television as one of the first series to feature two lead gay characters. Despite initial criticisms, the series became wildly popular and went for eight incredible seasons before coming to an end in 2006. Now, in a time of endless reboots and remakes, fans got what they wanted when it was announced a Will & Grace revival is happening! With a 11 years since the last season, a lot has changed and there will be some new things to catch up on when it comes to the lives of Will, Grace, Jack and Karen, so here is everything we know so far about the Will & Grace revival:

When Will & Grace returns on Thursday, September 28 at 9 p.m., it will be like nothing has changed for diehard fans as NBC has placed the show exactly where it left off in its regular Thursday night spot. In the days before Netflix and streaming, Thursday nights after dinner were primetime television slots, and NBC will try to recapture those glory days with Will & Grace anchoring a lineup that includes Superstore, The Good Place and Great News.

There was no way that they were going to bring the show back without the four leads, so of course Eric McCormack will be back as Will, Debra Messing as Grace, Megan Mullally as Karen, and Sean Hayes as Jack. The four stars aren’t the only big names returning though! Behind the camera Jack Burrows, who directed every episode of the original series, is back as the director for the revival! Originally planned as 12 episodes, the revival has now been expanded to 16 episodes and Burrows will be at the helm of every one!

Along with the show’s four main characters, fans can expect to see some of the show’s most beloved guest stars make their return for the revival as well as some new faces! Minnie Driver has been confirmed to reprise her role as Karen’s rival Lorraine Finster who appeared in six episodes of the original series. It has also been confirmed that Harry Connick Jr. will also be returning in the role of Leo Markus, Grace’s ex, while Bobby Cannavale will also make an appearance as Will’s ex Vince. As for new faces, it has been revealed that Ben Platt, best known for his role in Pitch Perfect and his Tony Award-winning performance in Dear Even Hansen, will be a guest star along with Andrew Rannells and Jane Lynch.

One of the biggest changes that original fans of Will & Grace will have to get used to is that the revival series has decided to completely ignore season eight’s series finale. Many fans were not happy with the finale that saw Will marry Vince and Grace marry Leo and each have children and start families of their own, and since that ending does not fit into the revival, producers and creators have decided to simply ignore it. “It was more or less a fantasy, a projection into the future,” the creators said of the finale. David Kohan added, “When the decision was made to bring the series back, we were like, well, we left them with kids, right? And if they have children, then it has to be about them being parents, ‘cause presumably it would be a priority in their lives. And if it wasn’t a priority in their lives, then they’re still parents, they’re just bad parents, right? We frankly did not want to see them being either good parents or bad parents. We wanted them to be Will and Grace.”

By ignoring the finale and Will and Grace’s separate lives with children, the creators were able to bring back the chemistry and focus on the characters that fans know and love. “I also think that one of the things we thought about when we talked about bringing this back is, ‘What is it that we missed?’ I think what we missed was the dynamic between the four of them more than we missed seeing the possibility of what their lives would be like as parents,” David Kohan stated. He also revealed that by ignoring the finale it will have Will and Grace living together again, Jack will be their neighbor, and Karen will still be drinking and living in a mansion. “Circumstances bring them together again. They’ve lived their lives. However healthy or unhealthy [their living situation is], that will be addressed.”

Will & Grace is one of the few ended series that can not be found on Netflix or on another streaming service, but they are working on making that change. Co-creator Max Mutchnick revealed at the Television Critics Association summer press tour that they are working out a deal to have the series available for streaming. Since the studio behind Will & Grace is Universal Television, the series will probably stream on Hulu because of a close relationship with Universal Television. “We’d love the show to be streamable,” Mutchnick said. “We’re working on it, but it is super complex and there are a lot of parts to that. We hope that, soon, we’ll be making the show available in that form, as it should be.”

When Will & Grace first started, it was almost unheard of for a sitcom to feature two gay characters, but so much has changed in the years since that no topic is off the table for the revolutionary show. The stars assured fans that everything from Donald Trump to LGBTQ issues will all be tackled as well as the best of pop culture, sex and all other typical Will & Grace topics. “We’ll be shining a light on what’s happening today in our culture,” Debra Messing stated. Sean Hayes added, “The show has always been relevant, and under the umbrella of relevancy is social issues.” Mutchnick added, “We’ve grown up in the world, just like you’ve grown up in the world, and we’re not going to be writing the show like it’s 1996 or 1997. We’re going to be writing the show like these four are living in 2017. We’ll make those references and we have fantastic young talent in that writing room right now keeping us on our toes.”

The first season of the revival hasn’t even aired yet and fans can already be expecting a lot more! After extending the first season from 13 to 16 episodes, NBC made the decision to plan out a 13 episode second season which is set to air in 2018. The big news was revealed before the show’s panel at the 2017 Television Critics Association summer press tour, adding that the deal had just been made. 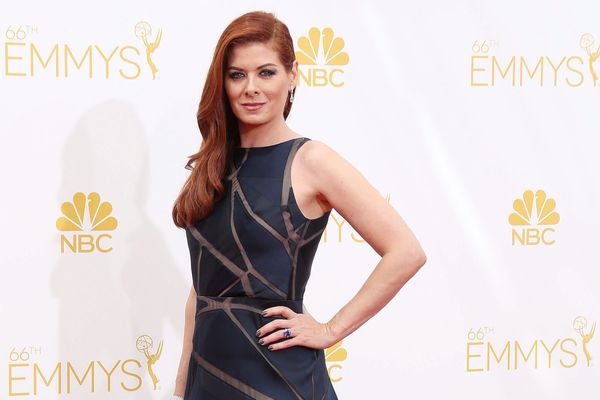