General Hospital Plotline Predictions For The Next Two Weeks (January 10 – 21, 2022)

How will Port Charles say goodbye to Luke Spencer? Will Sasha spiral towards the unthinkable? What will Felicia stumble upon during her investigation? Will Valentin go along with whatever Victor has in mind for BLQ? General Hospital (GH) fans love to speculate on storylines. As such, below are GH plotline predictions for January 10th to 21st, 2022.

The news of Luke Spencer’s passing has caught everyone off guard — including GH fans! Is this really the end of an era in Port Charles? Luke’s been gone from the canvas for a while now, and it seems as if his passing will help usher in another storyline. Spoilers for the week of January 17th imply that loved ones will gather at the Haunted Star to say goodbye to a legend. Is Luke really gone for good?

Will the above spoiler lead to a special episode for Luke Spencer? There’s likely to be some old video clips of Spencer as everyone reminisces about the character. Moreover, the show may shed further light on what Victor Cassadine’s “next steps” are in his plan against Laura. Could something unexpected happen, like an explosion?

Sasha insists she’s okay; however, it’s completely understandable if she’s not. After all, she just lost her son. With that said, she’s doing everything she can to put her best foot forward, but is she moving too quickly through the grieving process? Is she pushing herself too soon? Could Sasha’s return to work cause her to spiral and turn to drugs again?

Will the loss of their son bring them closer together or further away? There’s a good chance that if Sasha turns to drugs again, she may push Brando out of the picture. These two are cute together but also jumped into a relationship fast and furious after Sasha found out she was expecting. Can they survive whatever happens next?

While Maxie doesn’t want her mom digging into Louise’s disappearance, Felicia will do so anyway. GH spoilers over the next two weeks indicate that she’ll not only head to the hospital on a fact-finding missing, but she’ll also seek out Dr. Austin. This could mean that despite Maxie’s request to leave well enough alone, Mrs. Scorpio will not.

Tracy knows that Bailey is Louise and was about to spill everything before she got arrested by Dante. Mrs. Quartermaine will likely either exit the canvas for a while as she deals with legal issues or be far too preoccupied with these legal issues to bother meddling in what her granddaughter is up to. Tracy will be reintroduced as this storyline culminates, but not anytime soon.

No one should ever cross a Cassadine, and BLQ is about to find out why. Will Victor target Deception? Will he buy up all the stocks in the company, now that it is publicly funded? Will that mean Victor and Valentin are Brook Lynn’s bosses? Will she lose her own stake in Deception? Could they simply buy up the stocks and then place it under Cassadine Industries?

5. How Could This Affect Valentin’s Relationship With Anna?

Valentin agreeing to ruin BLQ with Victor isn’t a good thing. He’s come so far — plus, he and Anna are so close to something very special. Valentin and Victor’s scheming against Brook Lynn could reawaken a monster in him. This would certainly affect his possible relationship with Devane. Victor will likely place a wedge between Devane and Cassadine. He may even purposely do this so he can have Anna for himself.

Looking on to GH spoilers for the week of January 17th, it seems like Chase and BLQ will continue to get a little closer. Teasers note that things will change between these two. Could they share a kiss or something more? There’s also a good chance the two will get into a fight. If that’s the case, how will they be able to continue their “lie” about Bailey?

GH spoilers for the week of January 17th imply that Liz and Cameron will come to learn about Peter’s legal strategy and be floored. As August asked Martin to defend him last week and the lawyer agreed to only help with his Franco case, it seems as if both men will come up with a legal defense that won’t please Elizabeth or Cam. Will Peter try to discredit Franco’s reputation?

GH spoilers for next week hint that Maxie will be shaken. Martin’s a good lawyer and there’s always a chance that he could help Peter August get away with what he did to Franco. If Peter flaunts to Jones that he’ll be a free man in no time, could this trigger Maxie? It would certainly shake her up. After all, she just wants to be with Louise and can’t because August hasn’t been detained and sentenced. If he walks away from all charges and is a free man, she may never get Louise back.

1. Will Valentin Step In?

Martin informed Valentin that he was helping Peter August out with his Franco case. How is it that Valentin stepped in when Martin was dating Lucy Coe, but fluffs off Peter’s case like it’s nothing? He simply stepped away from the table and onto the elevator. Will Cassadine step in to stop Martin? Will he pay him to jeopardize the case? Would Martin agree to either situation? 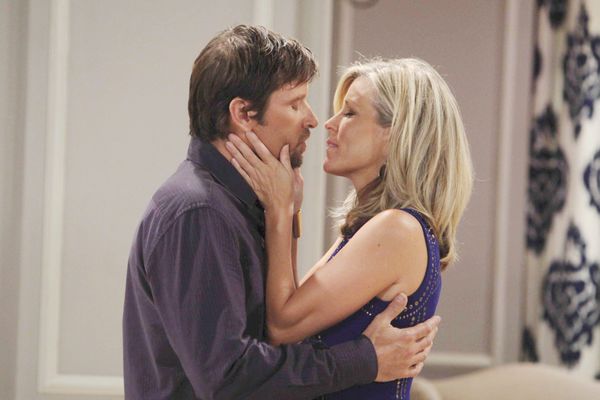