Time to trim the tree, do a little holiday shopping, and spread some festive cheer! December in the land of General Hospital (GH) can be a fun and exciting time. What’s coming down the pipe next month? A character return, tons of holiday romance, and of course, family gatherings! Learn more about these and other storylines in the below GH spoilers for December 2021.

12. Olivia and Ned Get Back On Track

GH spoilers reveal that Olivia and Ned could get back on track, just in time for the holiday season. Added teasers note that Mr. Quartermaine will be upset about something, and Olivia will be by his side to support him. Will these two continue the good vibes as 2021 ends and 2022 begins?

Ever since Ms. Wu asked Sonny for a favor for her nephew, fans knew it wouldn’t be long before Brad would re-appear onto the GH scene. Spoilers hint that he could become a free man as early as December. This is good news for fans of the character, not to mention Britt Westbourne (who will likely be happy that her BFF is around now that Jason is gone).

10. The Search For Jason Continues

The news recently hit about actor Steve Burton (Jason Morgan) officially leaving the show, but there’s no way that Stone Cold’s loved ones won’t continue some sort of search for their friend. GH spoilers for early December reveal that Sonny will reach out to Spinelli for help. He’ll likely want Damien to do some digging, in the hopes that Jason could return by the holidays. There’s little chance Burton will come back, but maybe the show has other plans for Jason Morgan?

Some GH December spoilers indicate that Carly will struggle with the news about Jason as she heads into the holiday season. Teasers note that she and Sonny will lean on each other, and as the days go by, she’ll also run into Britt Westbourne. Will these women decide to place their differences aside to console each other during this hard time, or will they lash out? It’s hard to say.

Sounds like it may be harder and harder for Sonny and Nina to hide the bond they grew while in Nixon Falls. GH December spoilers state that Carly will see something that makes her quite uncomfortable. Could it be a tender moment between Reeves and “Mike”, or perhaps a piece of evidence (like a photo) that she stumbles upon?

7. Could Jason Come Back?

It’s hard to say whether or not Jason is gone for good at this point. Sure, actor Steve Burton has left the show, but recasting is a real possibility. Even if fans don’t feel comfortable with the idea of anyone else playing Jason, GH could find another actor to jump into the role and swerve the storyline. Could Stone Cold return to Port Charles, just in time for the holidays? It could be a Christmas miracle for his children, Britt, Carly and Sonny.

GH spoilers suggest that Laura will return to town, just in time for the holidays. Sadly, added teasers imply that Ms. Collins will come back to a family that’s crumbling. Is there anything she can do to help repair the damage that’s been done in her absence? If anyone can fix it all, it’s the mayor of Port Charles!

GH spoilers suggest that Alexis will struggle with what “comes next” in her world, as she tries to settle into life on the “outside”. Added teasers imply she’ll have her fair share of ups and downs this next month, as Davis navigates through a new and fresh chapter in her life. Meanwhile, another Cassadine will be locked in turmoil.

Thankfully, Bailey/Louise is safe and sound in the Quartermaine mansion; however, it’s understandable that Valentin will grieve the loss of “having” a daughter. GH spoilers hint that he’ll be looking for closure in December. Will he find some peace around this issue? In added teasers, Cassadine will also turn to Anna for support. Could this situation bring them closer?

Now that Chase is mixed up in the Bailey secret, these three will be scheming up a storm in December. GH spoilers indicate that Maxie will be worked up at one point, as Brook Lynn and Harrison try to calm her down. As holiday time wears on, something will happen that leaves Jones floored.

GH spoilers suggest that Dante and Sam will make a move that could impact their romantic future in early December. Will the two decide it’s time to take their relationship to the next level? Does this include intimacy, or possibly moving in together? Regardless, Drew coming back to town could soon complicate things.

Lastly, GH spoilers reveal that Baby Corbin may end up being okay; however, it does sound like both Brando and Sasha will struggle with parenthood. Could this be due to a medical condition he has, or the newborn phase overall? GH spoilers suggest that Sonny will offer Brando some fatherly advice, while Nina will work with Brando to help Sasha. 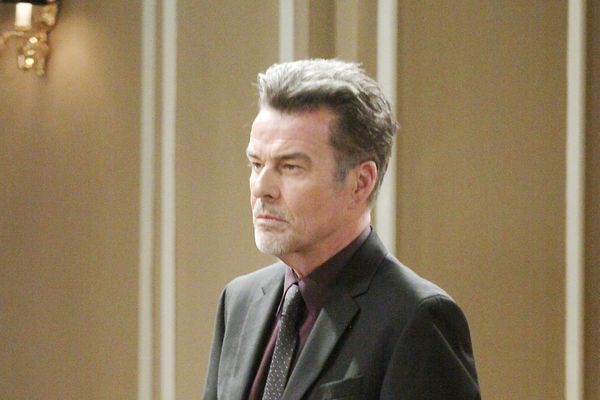