The holidays are all but a distant memory now! A new year in Port Charles brings endless opportunities. What will unfold in the land of General Hospital (GH) over the next month? The little town will mourn another loss, while a troublemaker pops back onto the canvas. And there will still be plenty of Carly, Sonny (and Nina) drama! Learn about these storylines and others in the below GH spoilers for January 2022.

The news of Luke Spencer will hit the little town in early January. It’s nice to see Tracy back in Port Charles, even with the information she brings. GH spoilers note that Laura will have a hard time processing everything. Added teasers hint that she’ll reach out to Sonny and the two will catch up on what’s been happening in their lives lately. Yikes!

GH spoilers for January state that Laura will decide to call a family meeting, mid-month. Does this have to do with the news about Luke, or something else? In added teasers, Dante will do all he can to help keep the peace. Will this be for Laura’s family meeting, or possibly another situation?

According to Soap Central, a fan page of Constance Towers (Helena Cassadine) reveals that the actress will reprise her role on the soap very soon. It’s very likely this will happen in January. How will Helena return? It’s probable that she’ll either be part of a past flashback or dream; however, anything can happen in the land of Port Charles.

GH spoilers for January suggest that there will be plenty of drama between Carly and Sonny this month. Early on, they’ll talk about their future; yet this doesn’t necessarily mean they’ll decide to come back together. Added teasers imply that Carly will demand answers. Could Sonny reveal that he needs time to process his feelings towards Nina?

Speaking of Reeves, GH spoilers for January state that she’ll get an unexpected visitor at Crimson. Who could this be? Some days later, added teasers hint that Nina will seek out Valentin for help. Could it be Victor who approaches her at the magazine office? In other news, Drew and Victor will come face-to-face this month for the first time since they parted ways in Greece.

Looks like this super couple will continue to struggle in January. GH spoilers indicate that Sasha may make some bad choices, as she reassures her friends and colleagues that she’s doing “just fine”. Meanwhile, added teasers imply that Gladys will offer help and support to Brando, as he questions what has happened in his life recently.

GH spoilers reveal that the Port Charles teen scene will finally get to spend some time at Sonny’s cabin for their much-planned getaway. Could this spell out danger for Esme, Spence, Joss, Cameron and Trina? After all, nothing good has ever come from these trips in the woods! Here’s hoping the kids have fun and stay safe.

5. Marshall Gets To Explain

On a good note, GH spoilers for January state that Curtis will give his bio dad the opportunity to tell “his side” of the story. Will Ashford truly listen to what he has to say, or fluff aside whatever Marshall relays? Here’s hoping these two men can finally land on the same page.

Actor Kin Shriner (Scotty Baldwin) recently hopped on Twitter in late December to thank fans for their support and offer news that he’s heading to Florida for a bit. As he put it, “Scotty’s run is done…” Looks like Baldwin won’t be around for January, but Soap Central notes a source has said that the actor is still with the show and should be back at some point in 2022. Does this mean fans won’t see Liesl this month, either?

GH spoilers for January note that BFFs Britt and Brad will continue to catch up. Sounds like Brad has some secrets he needs to reveal to his friend. Will this have to do with his aunt, Ms. Wu, or prison life? In other teasers about Britt, expect more scenes between her and Austin, as the two continue to bond as friends (and possibly more).

Sounds like Felicia will embark on her mission to find her granddaughter, Louise, during the second week of January. GH spoilers hint that she’ll head to the hospital to gather some facts, but will she find anything of worth? Meanwhile, BLQ and Chase will continue their charade as Bailey’s bio parents. In fact, this month, Harrison will take the little one on his own for a little bit.

Speaking of, GH spoilers offer a cryptic teaser for January. BLQ and Austin will cross paths, and the encounter may not be a friendly one. As the days progress, Austin and Valentin will meet to “compare notes”. Could this be about Peter August or possibly Bailey, BLQ and Chase? Could the jig be up when it comes to the baby Louise lie? 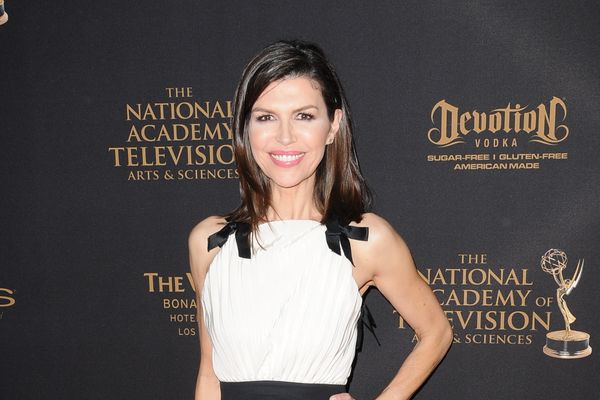