Calling all General Hospital (GH) fans! It’s the week everyone has been waiting for, but will the aftermath of the Kevin/Ryan twin switch storyline bring more drama and heartache? Learn about this and other interesting Port Charles stories in the below GH spoilers for the week of March 11, 2019.

GH spoilers indicate that Josslyn will take the fall for something, and it seems as if arrows are pointing to some sort of accident or incident during the teens’ Niagara Falls trip. Could this mean that Oscar is placed in a dire situation? With his condition as fragile as it is, bad news may be looming for the young couple this coming week.

There is nothing like a mom’s fury, and it seems as if Cam will face some negativity around the Niagara Falls trip as well. Liz won’t be happy with him, and as she’s dealing with so much as it is when it comes to her and Franco, she won’t need this added stress on her plate.

GH spoilers suggest that Liz will go through a ton of drama this coming week. She’ll have to deal with Cameron and his situation, as well as Franco. The good news is that Baldwin will pull through after his stabbing; however, Liz will feel so betrayed over the recent events that she just might suggest that the couple needs some time apart. GH spoilers are also hinting to a potential annulment between these two.

Getting back to Oscar and his illness, GH spoilers hint that Kim will struggle with some fears. Could it be the end of the line for her son? No mother should have to go through what she’s is dealing with right now! In other spoilers related to her, Shiloh will reach out to offer help, and Kim will end up turning him down.

6. Michael Gets Pulled In

GH spoilers tease that Michael will get pulled into an argument this week. In fact, his temper will rise during the situation, which is really unlike Michael. Could it be around his family? The situation with Carly that is brewing? Or potentially Willow? Seems like Michael will be quite worked up about the entire conflict.

There is a very good chance that Michael is pulled into the Willow and Brad situation. GH spoilers hint that both parties will get into an argument of sorts, and it wouldn’t be surprising if Michael gets dragged into it. Brad better watch his step if he wants to keep his secret about Wiley hidden! Only a matter of time before that comes to the surface.

Yes, she’s a villainess and schemer in Port Charles; however, Ava has had a hard go at it lately. From losing her daughter Kiki, to her soon-to-be realization that she’s been (literally) sleeping with the enemy, GH spoilers indicate that a huge showdown between Ryan and Ava on the horizon this coming week.

GH spoilers indicate that early on in the week, Ava will be a mess. Rightfully so. She fell in love hard for “Kevin” and once the truth is revealed she’ll feel like a fool, especially knowing she was with the man who killed her daughter. As the week progresses, spoilers tease that Ava will be very confrontational and lash out. Not sure who to fear more at this point, Ryan or Ava.

GH spoilers hint that brothers Drew and Jason will come together to put “two and two” together. Whether this has to do with the Ryan/Kevin storyline, Dawn of Day, or Drew’s memory, with both men on the job, they are sure to figure things out. In other Jason spoilers, he offer some reassurance to Molly.

Seems as if Alexa will offer her services to someone this week, and as the days progress, she’ll need some more time to think a certain situation through. GH spoilers suggest that Valentin will get a warning of sorts from Sasha, so he better stay on his best behavior. Lastly, Sonny will get rewarded for a good deed this week. 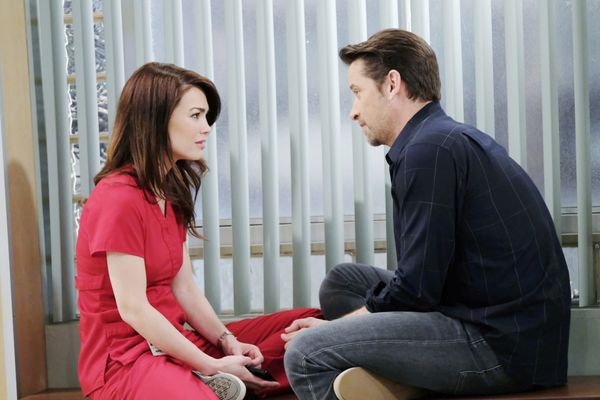