9 Celebrity-Inspired Ways To Rock A Ponytail

Although the thought of rocking a ponytail typically conjures up memories from childhood, the stars of Hollywood have proven that a ponytail can actually look quite sophisticated when styled properly! A ponytail is a classic hairstyle that everyone is familiar with, but there is such an array of variations that could be taken to amp it up into a more mature look. It could be uber polished and chic, or purposely messy and deconstructed. The stars have demonstrated better than anyone that the ponytail will never go out of style and have inspired us to give this look a try once again. Follow along for Fame10’s celebrity inspired ways to rock a ponytail:

If you have a round-shaped face like Selena Gomez, the middle-part ponytail is the perfect style for you! The middle part looks balanced and chic on Selena, especially because she has tamed back any flyaways or baby hairs to achieve a sleek look around the crown of her head. The hair tied into the ponytail, however, is loose and flowy, which takes off some of the harshness. Her drop style earrings compliment the ponytail perfectly and add instant glam to her look.

In typical Lauren Conrad fashion, the reality TV star rocks a polished low ponytail with her hair parted slightly to the side. And lucky for us, this style is super non-fuss, simple and easy to achieve. Conrad looks refined and girly, and by pulling her hair back away from her face, she really allows her glowing skin and blue eyes to shine! If you don’t like the harshness of having your hair all pulled back, take a tip from Lauren Conrad and allow the hair gathered to fall loosely over your shoulder for an added softness.

Kendall Jenner is known for her groundbreaking trends and for singlehandedly initiating fashion revolutions. So, leave it to Jenner to wow us with this unique bubble style ponytail. In this particular look the star is donning a backless dress, and pulling her hair back really allowed the unique silhouette of her outfit to be showcased. Rather than rocking a typical girl-next-door ponytail, Kendall takes this style up a notch by adding voluminous “bubble” details to her look. We love how posh and fashion-forward she looks and by leaving strands of hair hanging down around her face, the look appears more whimsical and soft.

Olivia Palermo is a world-renowned fashionista, but with this hair look it’s clear that her beauty sense is just as fabulous! Palermo pulled her hair back into a sleek, low ponytail but added texture to the crown by incorporating tiny braids. This look is super fashion-forward and takes a unique spin on a classic ponytail by adding intricate detailing that is untypical for a standard ponytail look.

As counter-intuitive as it may seem, a messy ponytail does not have to connote an unkept appearance! Take it from Hilary Duff — she has perfected the messy ponytail look by adding texture and teasing in all the right places without over-doing it. Achieve the look by teasing the crown of your head, but ensuring to smooth out the top layer to avoid unsightly bumps and knots. The natural layering of Duff’s hair really completes this look by adding a wave effect to the ponytail and allowing loose strands to frame her face perfectly.

This ultra voluminous ponytail style that Kim K rocks is stunning! The star’s killer cheekbones and jawline are way too enviable to be hidden beneath thick hair, so we love how slicking back her hair allows her to show off her sharp bone structure. This Kardashian opted for a teased crown, which adds an extra oomph to the typical ponytail. The look is polished yet sexy because of the added body she teased into the crown of her head.

Blake Lively is another starlet whose features are just way too pretty to be hidden beneath hair! This blonde bombshell rocked a high pony that undoubtedly turned heads at the 2014 Cannes Film Festival . The actress opted for a slicked back front that appeared super polished; however, she let the back of the ponytail fall into a textured, beachy braid. We love how she added a unique twist onto this look by starting the braid halfway down her hair and by wrapping a deconstructed braid around the ponytail elastic. Bravo Lively, we love this look!

Whitney Port made this “twisted crown” hair style an icon on her days on The Hills, and we still love it today despite the time that has passed! To achieve this look, the star simply curled her hair and allowed it to fall into tousled curls. She pulled the hair back into a messy ponytail and added piecey texture by twisting the two pieces framing her face and pinning them into a “crown” across the sides of her head. This look screams laid-back Cali vibes yet still manages to look polished and feminine.

Of all the iconic ponytail lovers on the red carpet, Ariana Grande definitely takes the cake! This pop star created a ponytail revolution when she began rocking this ultra chic and shiny ponytail on a regular basis. Her youthful appearance pairs perfectly with this look and has become a staple part of her image throughout her years in the spotlight. To achieve this look, simply straighten your hair, slick it back into an elastic near the top of your head, wrap a piece around the elastic and pin in place. You’ll be looking as chic as Grande in no time! 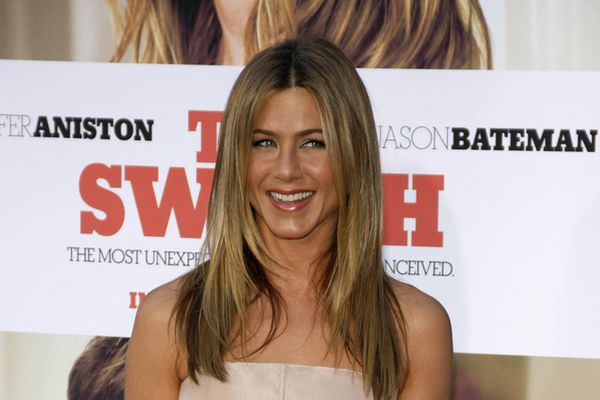