For pregnant stars, the red carpet is one of the best places to show off their style and their growing baby bumps. While some stars prefer to hide their changing figures, others like to slip into something more stylish or form-fitting to show off it. Here are 9 pregnant stars with awesome red carpet fashion!

Even while pregnant, Gwyneth Paltrow looks as though she belongs in another era. At the 63rd Annual Golden Globe Awards, she looked like she could star in a sequel for “Shakespeare in Love” when she wore this Elizabethan-inspired dress by Balenclaga with Pierre Hardy Sandals.

Cate Blanchett looked heavily pregnant but stylish at the 14th Annual Screen Actors Guild Awards in this floral voluminous Balenciaga gown and Fred Leighton jewels and Roger Vivier sandals. Although the Oscar-winning actress usually dons gowns that are more avant-garde, this strapless number is definitely flattering on the mom-to-be.

Heidi Klum – who was pregnant with her fourth child – looked exquisite at the 61st Primetime Emmy Awards in this custom–made black strapless gown with embroidered bodice by Marchesa with Lorraine Schwartz jewels and Christian Louboutin shoes. Form-fitting dresses definitely work on her!

Although Kourtney Kardashian initially hid her pregnancy with oversized purses and billowy shirts, at the 61st Primetime Emmy Awards, she proudly displayed her growing baby bump in a black flowing BCBG gown. “It’s hard to get dressed when you’re seven months pregnant almost. It’s challenging but I still try to be fashionable,” the reality TV star told E!.

Kate Hudson looked radiant in this pastel yellow Versace dress at the premiere for “Something Borrowed.” According to the actress, she loves being pregnant and wishes that she could pregnant all the time! Well, if everyone looked that good while pregnant, we are sure that most people would want to be pregnant all the time too!

Natalie Portman couldn’t hide her growing baby bump in this yellow and beige lace Givenchy dress at the 2011 Independent Spirit Awards. She won the award for Best Female Lead for her performance in “Black Swan” and, if there were an award for Best Maternity Style, she would have won that too.

Since Jessica Alba always look stylish, it should come as no surprise that her maternity fashion is well above par. For the “Spy Kids: All The Time In The World” premiere, she donned this star-spangled Dolce & Gabbana maxi dress with a coordinating star-embellished cuff, a pair of Christian Louboutin platform sandals and a Roger Vivier clutch bag.

Olivia Wilde – who was seven months pregnant – chose a simple yet elegant look for the 86th Annual Academy Awards. She glowed in this black, high-necked Valentino gown, which had a white strip down the back, and accessorized with a white Jimmy Choo clutch and Lorraine Schwartz jewels. 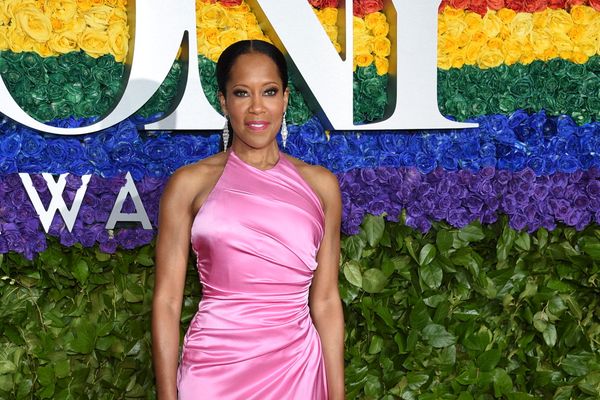