Country music award shows have quite the reputation for creative fashion moments, often including glitter cowboy boots, rhinestone denim and, of course, an excess of teased hair. We’ve grown to expect a controversial fashion moment or two when it comes to these events and that has definitely been the case with the annual Academy of Country Music Awards in year’s past. Although there have been a few downright outrageous country music fashion moments, the ones that cause even more controversy are from the country music stars whom we had high expectations for yet didn’t deliver. Follow along for 12 of the most disappointing ACM awards looks of all time:

It’s key for a music group to coordinate when they hit the red carpet if they want fashion critics to give them praise. Lady Antebellum clearly didn’t speak before attending the event based on the variety of color palettes flashing off their outfits. Both men of the group look quite dapper despite their clashing colored suits, but there was unfortunately very few redeemable qualities about Hillary Scott’s fuschia knotted dress. Although we love the emerald pop of color on her shoes, the dress was not the most flattering and seemed more distracting than it was flattering. 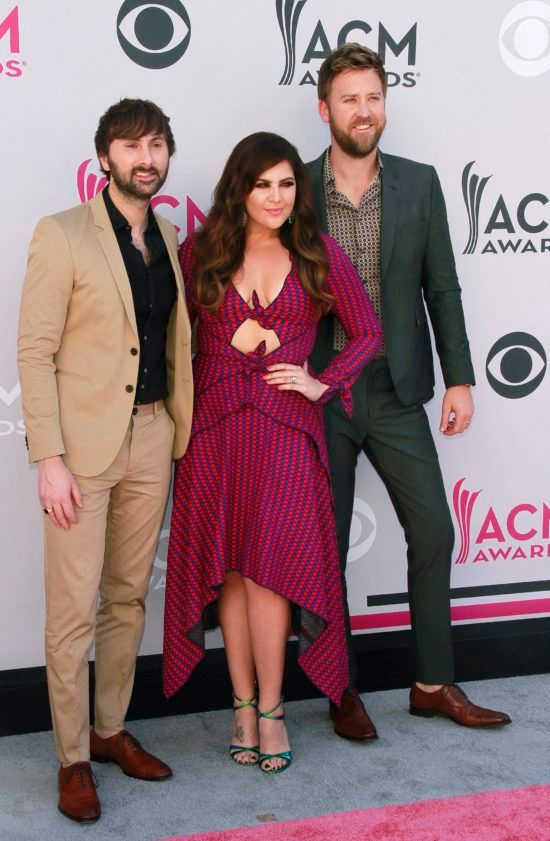 Kacey Musgraves is absolutely stunning, which is why were quite disappointed by the overly simple number she wore to the 2017 Academy of Country Music Awards. Black is definitely a flattering and slimming color, but with this particular look, it almost seemed to age her. We would have much preferred to see the newbie country star wearing something with a little sparkle or embellishment rather than something admittedly quite dull. 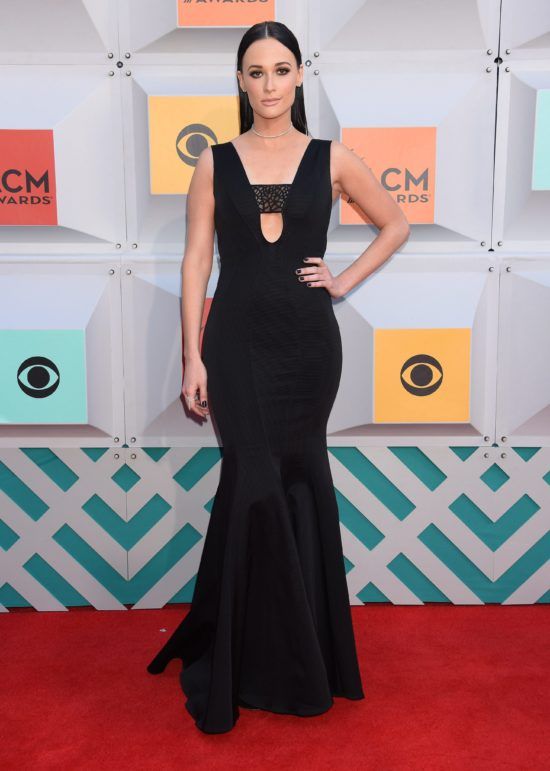 Taylor Swift is typically a red carpet all-star and one of the most anticipated guests at country music awards shows! Her 2014 ACM look, however, unfortunately, did not live up to her high fashion standard. The two-piece set was true to Swift’s style and is one of her trademark fashion looks, but this particular monochrome duo was overly simplistic and, in turn, disappointing. We wish she had opted for a bright color or something with a little sparkle to make her stand out instead. 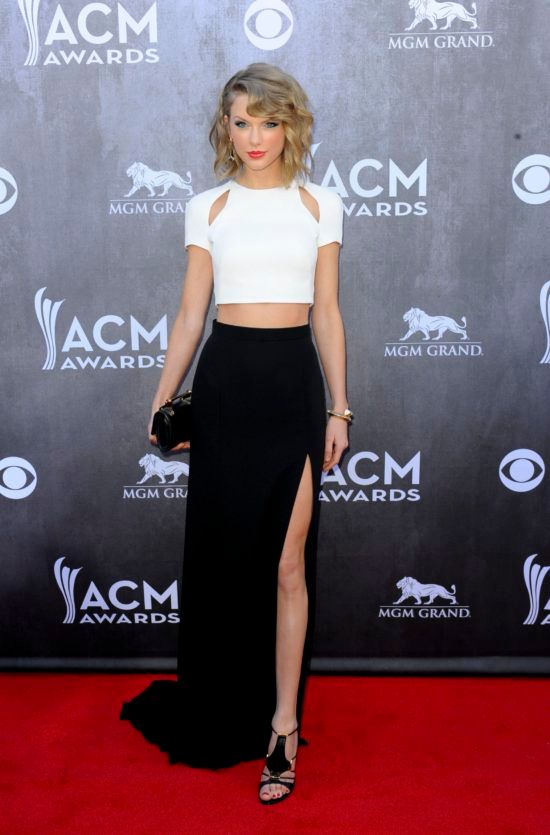 Jamie Lynn Spears fell victim to one of the most common fashion mistakes when she attended the 2014 Academy of Country Music awards wearing this geometric-printed minidress. Although we aren’t totally against the dress itself, it was simply the wrong occasion to wear it! Spears was likely surrounded by a sea of floor-sweeping gala dresses and her casual, printed minidress just didn’t seem to fit the dress code.

There is a specific way to pull off sequins, but unfortunately, Brittany Kerr did not master it with the jumpsuit she wore on the 2017 ACM red carpet. The rose gold sequins were a questionable choice to begin with, but even more so when combined with the cutouts along the sides of her midriff. Kerr is a complete bombshell but this sequined, flashy outfit definitely detracted from her beauty rather than complimenting it.

Pop sensation Shakira has arguably the best curves in Hollywood, but this jewel-toned dress she wore to the 2014 ACM awards did not do her figure justice. The sleek, bodycon dress was a good choice, but the distracting embellishment and strange circular cutouts detracted from her look. We would have much preferred to see Shakira in a dress with this same shape but less tacky detailing. 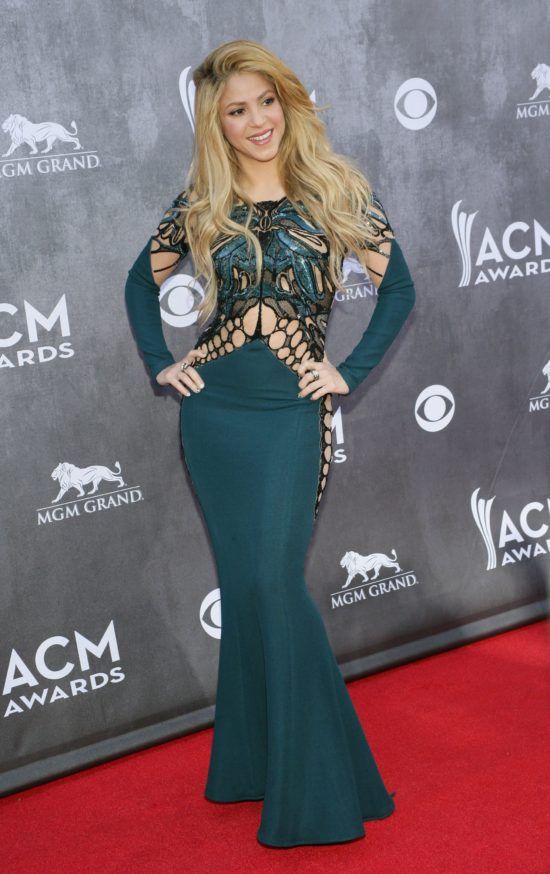 Shania Twain is one of the most beautiful women in the country music industry, but regrettably, she isn’t the strongest contender when it comes to fashion. We’ve seen everything from frothy pink Western-inspired outfits to flashy bedazzled cowboy hats. Her look from 2013, however, was actually quite tame for the flashy country star. The outfit consisted of a strapless black mini dress and simple suede over the knee boots. The entire look felt overly safe, especially when considering her reputation for over-the-top awards show looks. We were admittedly quite disappointed to see her so casual and basic!

Miranda Lambert is an utter blonde bombshell, but this gold textured look from the 2012 ACM awards was not one of her most flattering fashion moments. Gold is a complimentary color paired with her blonde hair and sunkissed skin, but the texture of this dress seemed to cling to all the wrong places. Her figure is so enviable that we were simply disappointed she didn’t choose a dress that flattered it in the best way possible. 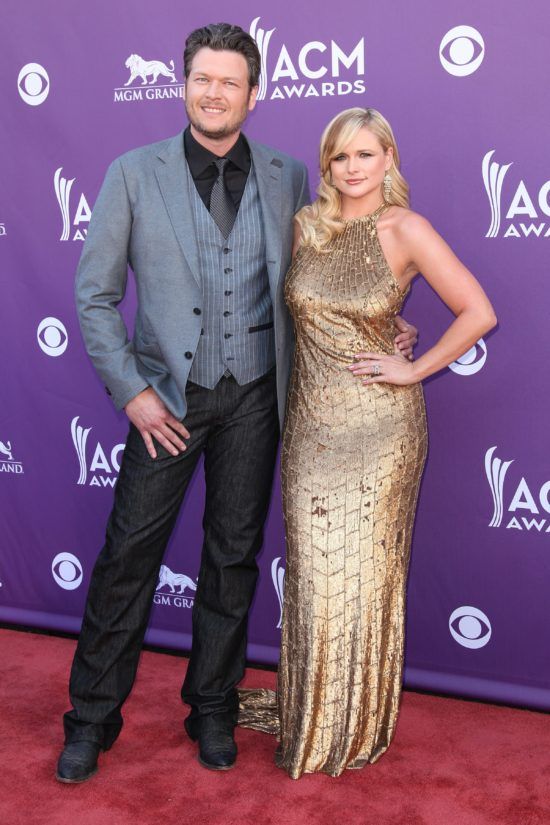 We’re not quite sure what Kaley Cuoco was thinking when she stepped out at the ACM awards wearing this geometric printed minidress! Although the country music awards shows are quite casual in comparison to the elite Academy Awards red carpet, this printed dress was still simply too casual. Cuoco is so naturally beautiful that she could seemingly pull off anything, but unfortunately, we were quite disappointed with how underdressed she was in this minidress.

Nicole Kidman has made quite the reputation for herself for having questionable fashion moments, but this particular look from the 2011 ACM awards has got to be one of the most confusing. The tight bodycon dress seemed quite restricting, which made Kidman look super uncomfortable all evening. The detail of the fur shoulders also further added to this highly awkward red carpet moment.

Carrie Underwood is another country star whom we always anticipate when it comes to red carpet fashion. She typically delivers and seems to know what works for her and what doesn’t, but this particular look from 2010 was one of those styles that we couldn’t help but feel a little disappointed over. The shape of the dress was highly flattering on her petite frame, but the color of the dress seemed to wash her out, especially with the excess of fabric with the oversized ruffle on the shoulder. 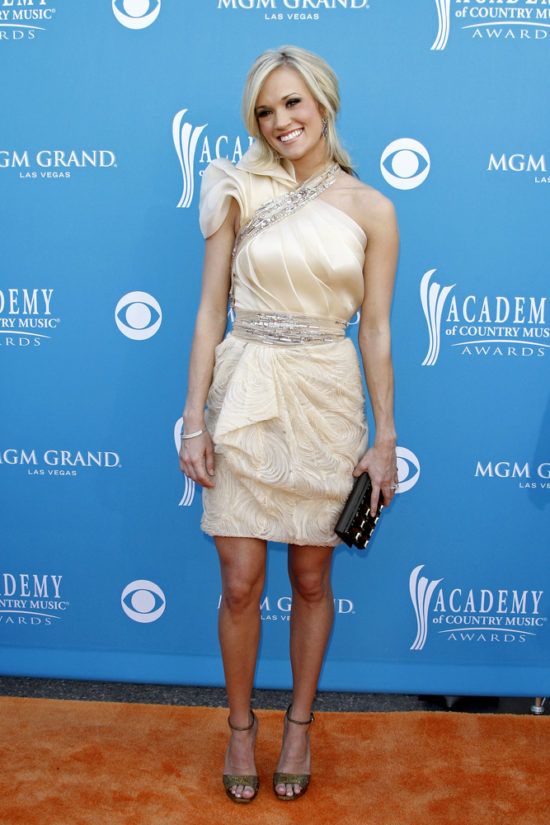 No one can forget the year Katy Perry showed up at the ACM awards dressed as the ultimate stereotype of being a country music star. She stepped out wearing a bright blue metallic set with fringe which she paired with fishnet stockings, an oversized cow-printed belt and matching pink cowboy boots. The entire look was much too theatrical for the red carpet, even for Katy Perry! 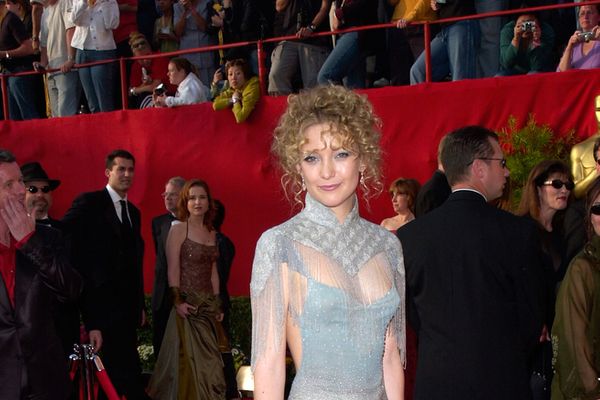 The Unexpected Oscar Dresses Of Year’s Past