The ACM Awards took place last night and featured a mixture of glitz and glam alongside some casual looks. The 2020 ACM awards definitely looked a little different this year with enhanced safety protocols, but that didn’t stop the attendees from dressing up for the red carpet! Follow along as we roundup some of the most memorable looks from this year’s ACM Awards:

Supermodel Lily Aldridge stepped out at the ACM Awards this year wearing a sleek dress with maroon and black color-block detailing. These fall tones flattered Aldridge’s olive-toned skin perfectly and looked stunning on her! 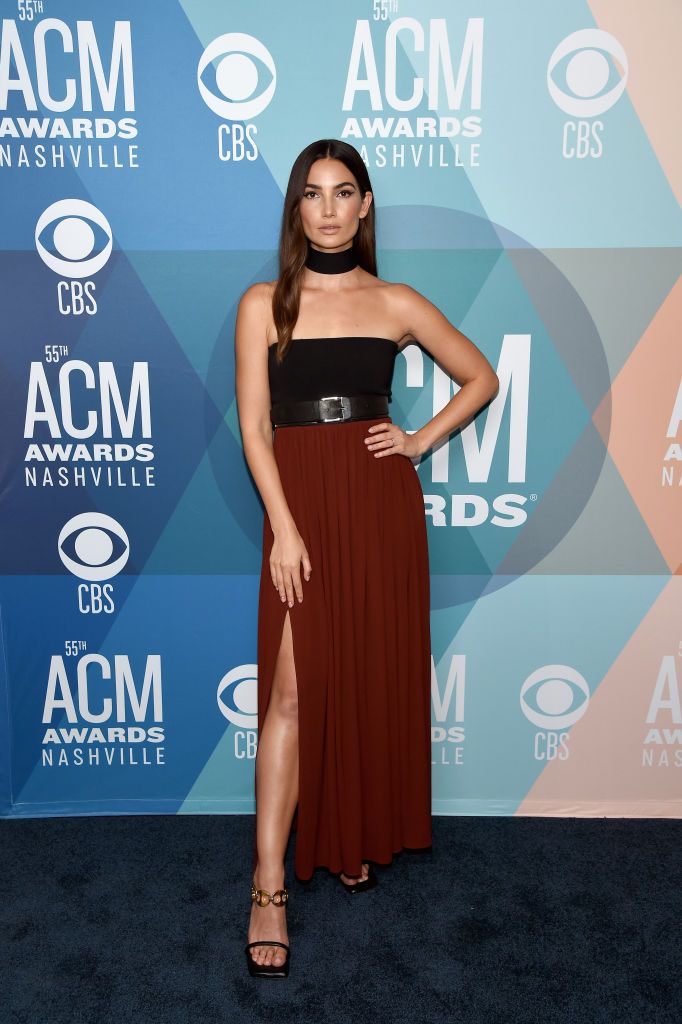 Kelsea Ballerini looked so gorgeous in this white pinstripe suit at the ACM awards! We love how sophisticated this feels yet still playful and girly since it’s a short suit. The country star also rolled up the sleeves of the blazer to play up the casual look even further. 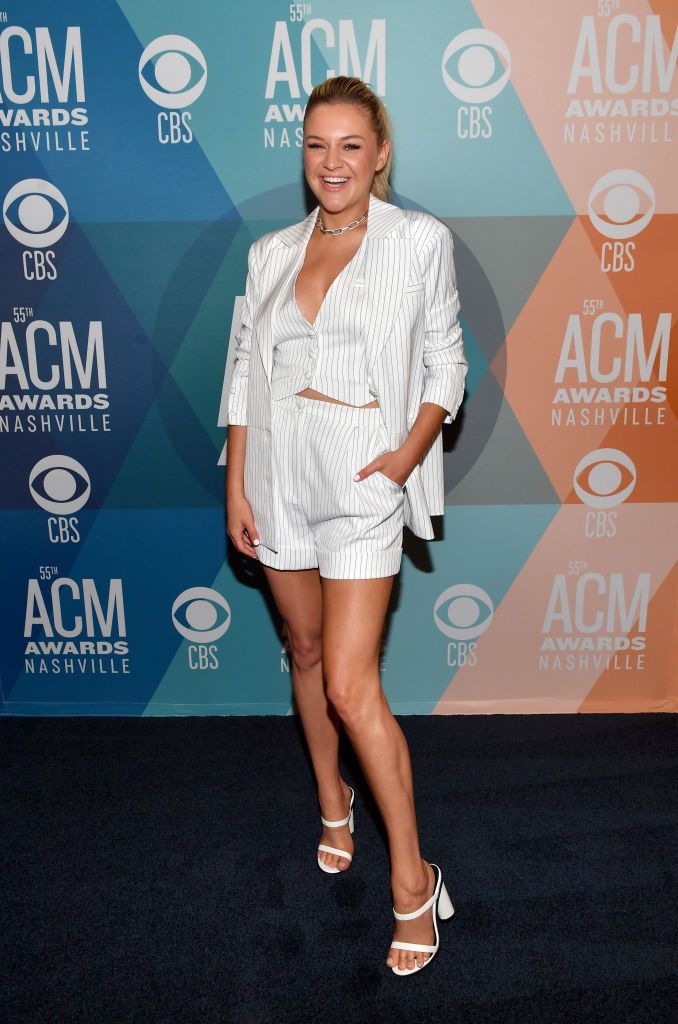 Maren Morris had a few outfit changes throughout the night of the 2020 ACM awards but this orange and pink number was definitely one of the most memorable. The bold look hugged her curves and the bright contrasting colors really flattered her skin tone. 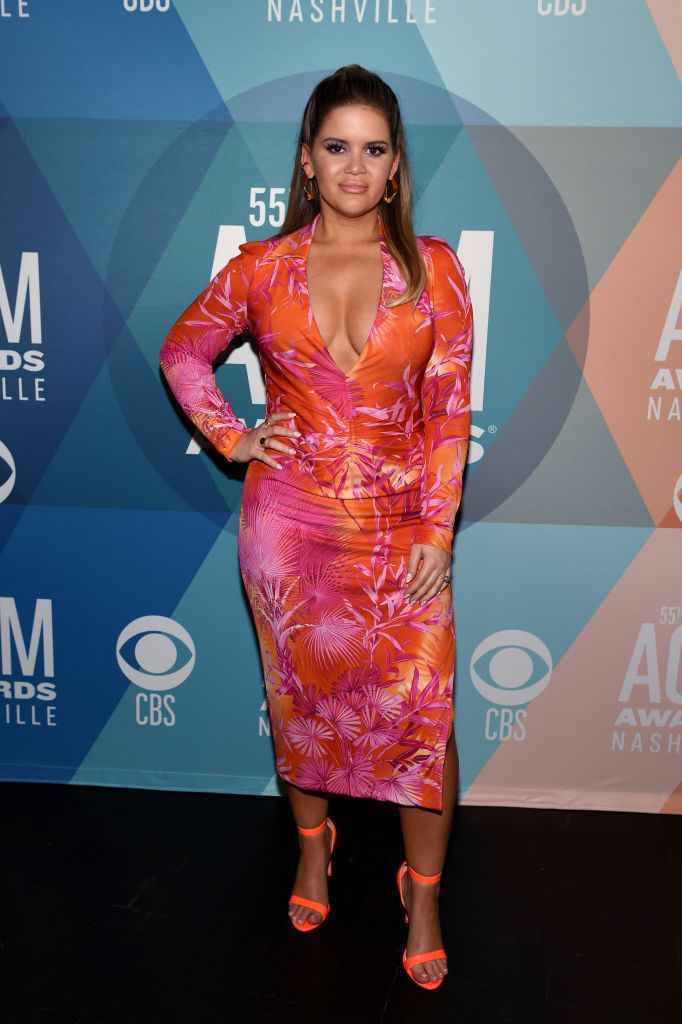 Tenille Townes went the glam route with her ACM Awards look this year! We absolutely love this bronze jumpsuit which featured long sleeves, a plunging neckline, and strong structured shoulders. 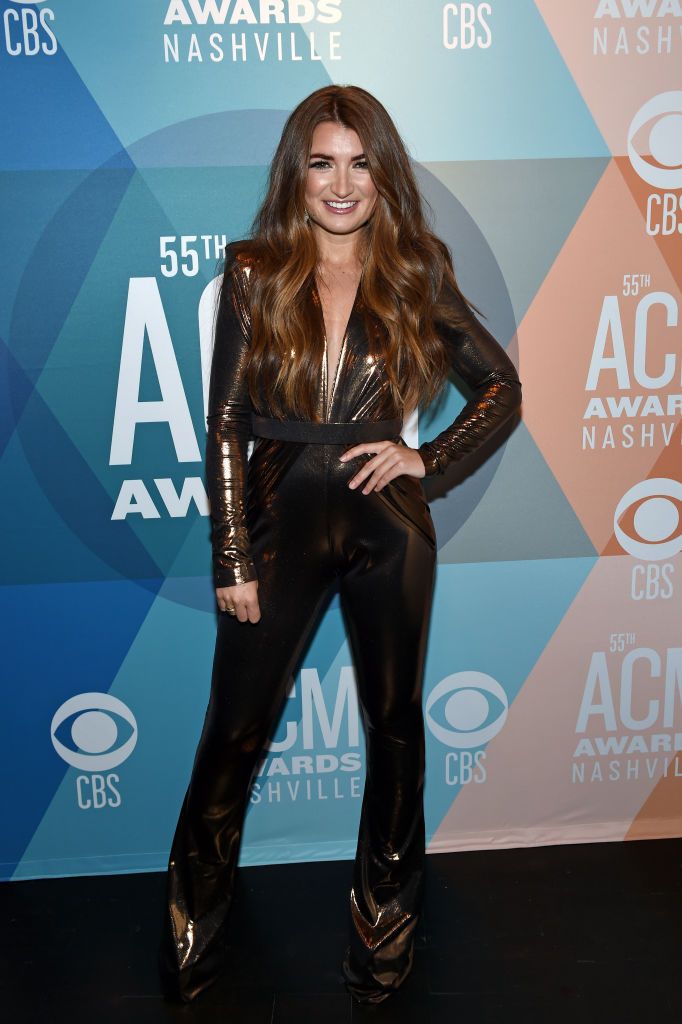 Luke Bryan opted for casual comfort for this year’s ACM Awards! The country star rocked a cognac jacket over a flannel shirt paired with faded jeans, a baseball cap, and suede boots. 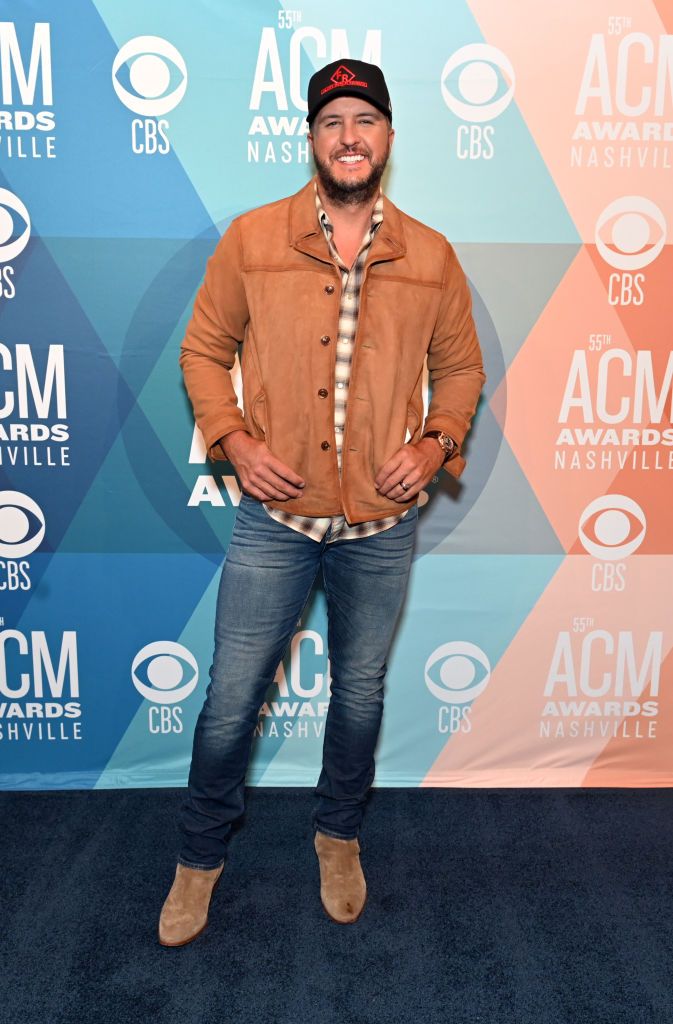 Thomas Rhett also opted for a more casual, comfortable look for this year’s ACM Awards. The star rocked a crisp checkered shirt styled in a casual way with open buttons and rolled sleeves which he paired with jeans and brown leather boots. 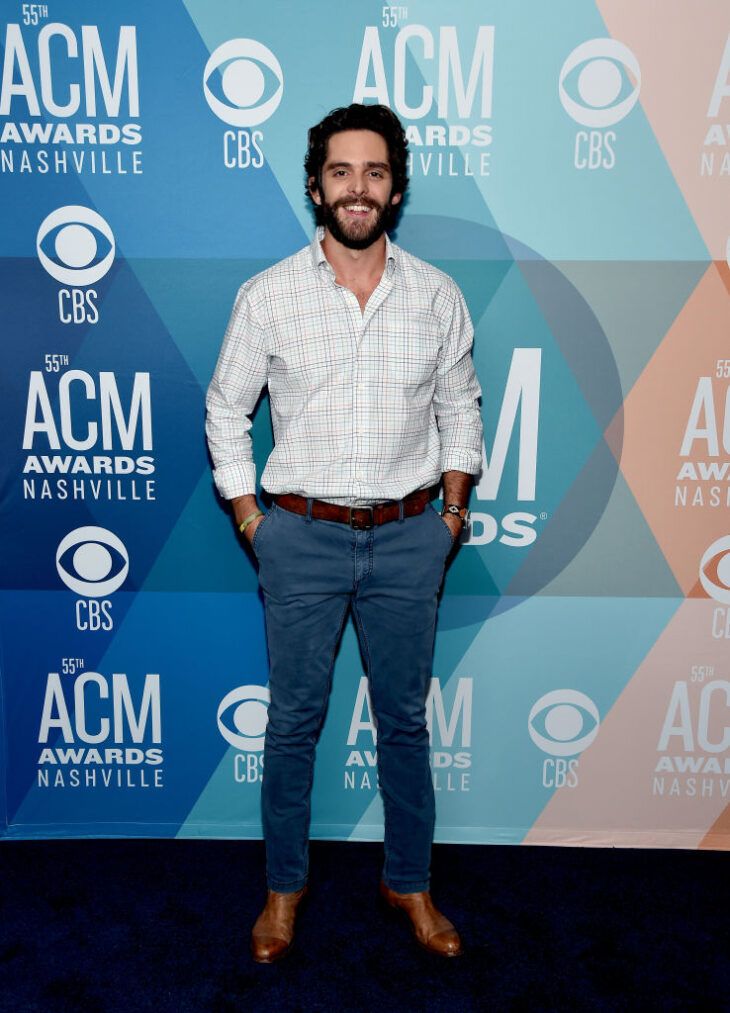 Lauren Alaina had a few outfit changes throughout the ACM Awards this year but her most memorable look has to be this navy one-shoulder number. The dramatic ruffle detail across the chest definitely stole the show! 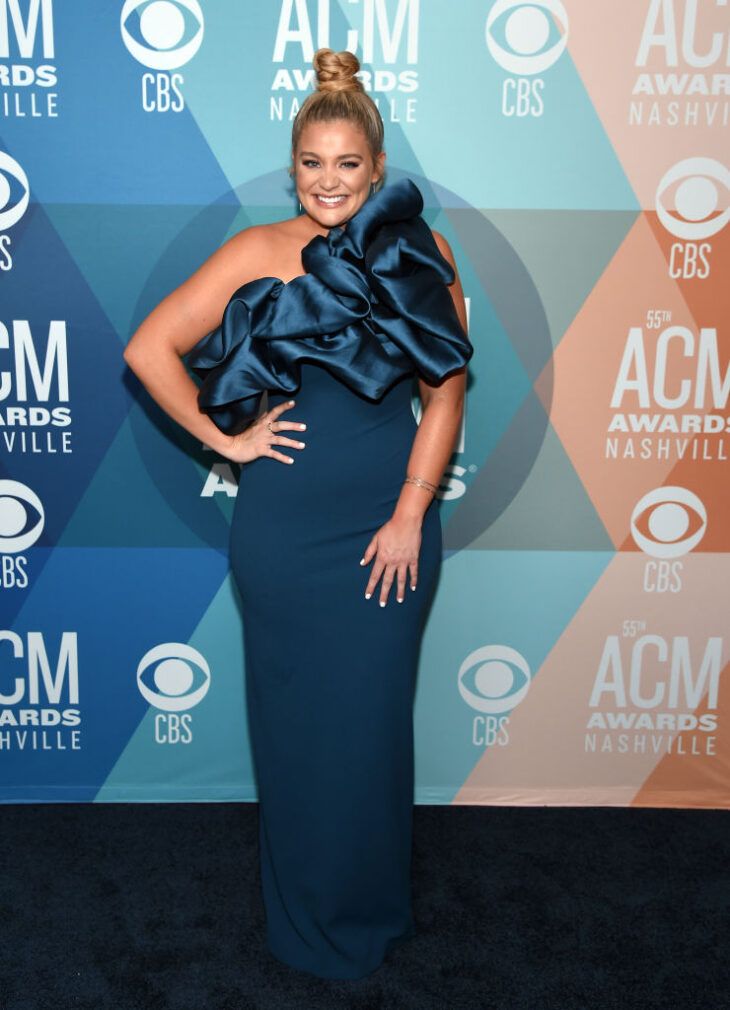 Hilary Scott of Lady A

Hilary Scott opted to dress down for this year’s 2020 ACM awards! The country star rocked a vintage N’SYNC band tee paired with a patterned skirt and casual white sneakers. 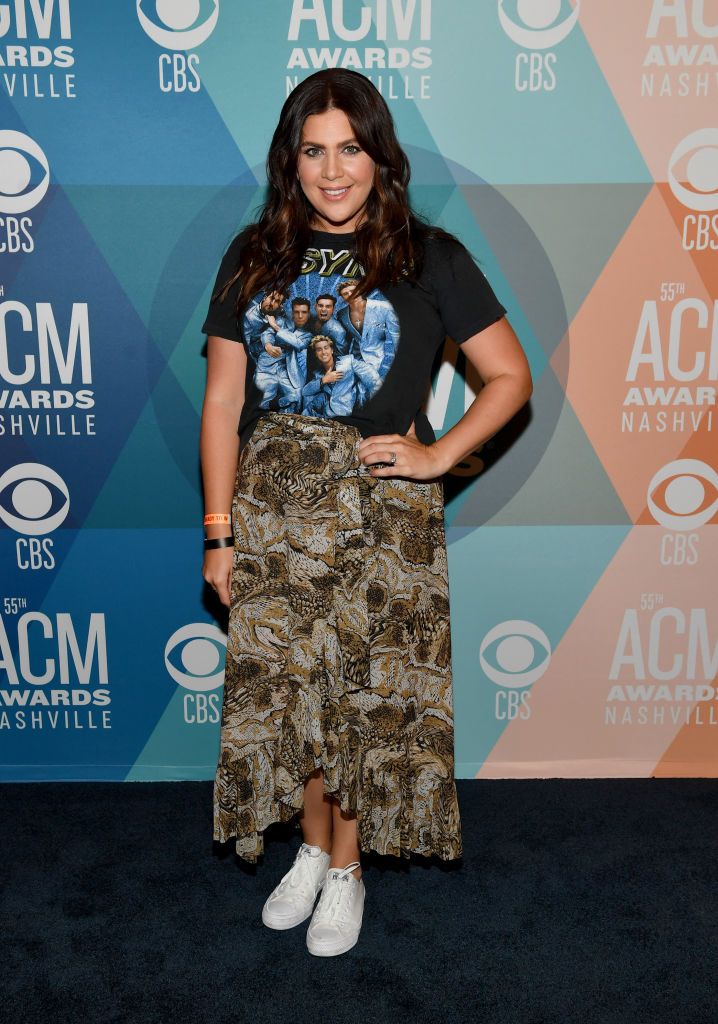 Lindsay Ell put her best foot forward at the 2020 ACM awards where she swapped out red carpet heels for a pair of casual chunky sneakers! The star rocked tinted glasses alongside a sweater and shorts combo. 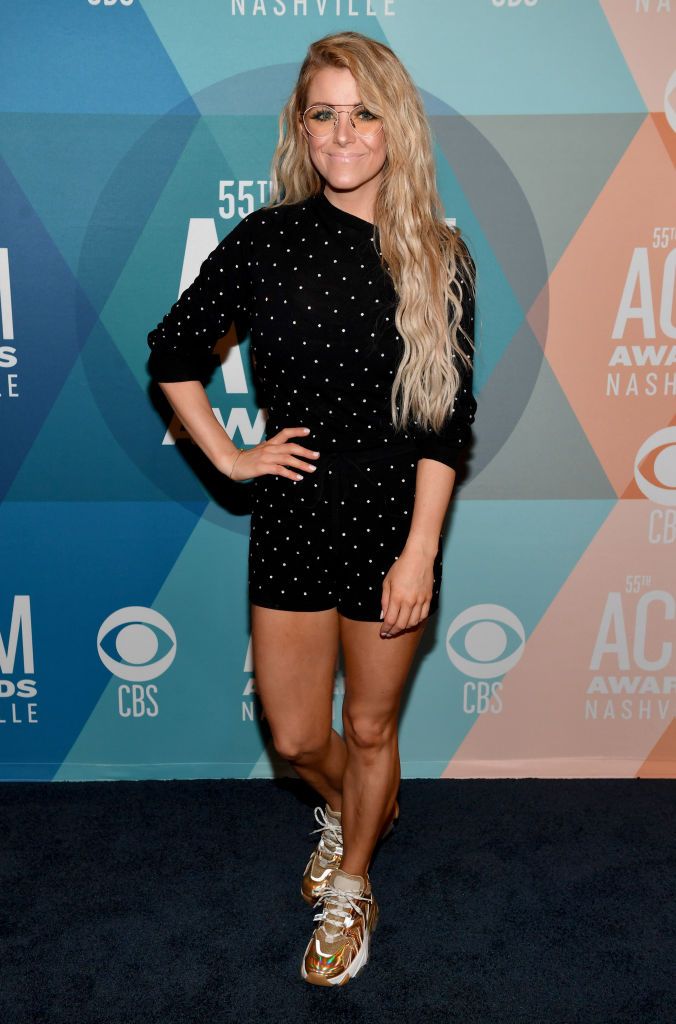 Superstar Taylor Swift rocked a glam but still casual look for this year’s ACM awards which consisted of a burgundy sequined top paired with relaxed-fitting cargo pants. She wore her makeup minimal and her hair in a similar natural, curly style to the cover art for her new “Folklore” album. 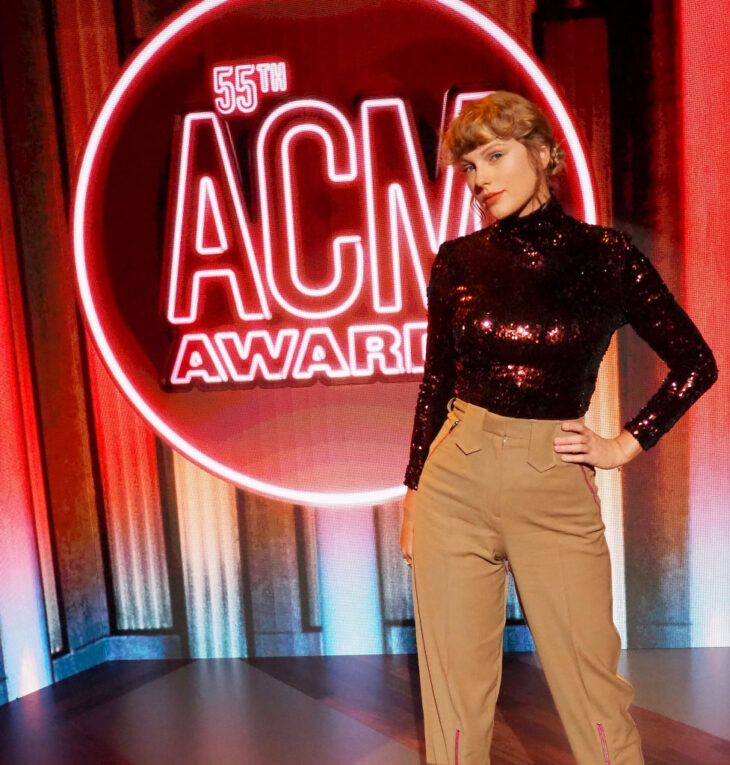 Miranda Lambert dressed true to her country roots for the ACM Awards this year where she rocked a cornflower blue fringe top paired with embellished jeans. Her look screamed casual and country which definitely rings true to the theme of the evening! 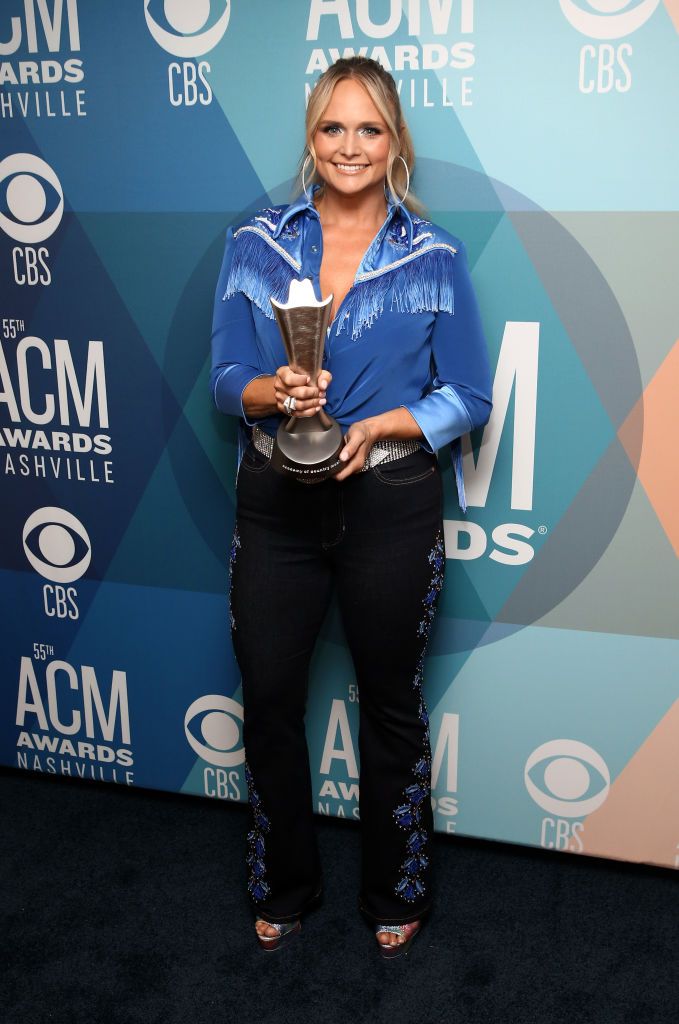 Carrie Underwood went the full glitz and glam route with her look for this year’s ACM Awards! The country star opted for a sequined gown that featured dramatic puffed shoulders and flashy cut-outs on the leg slit. 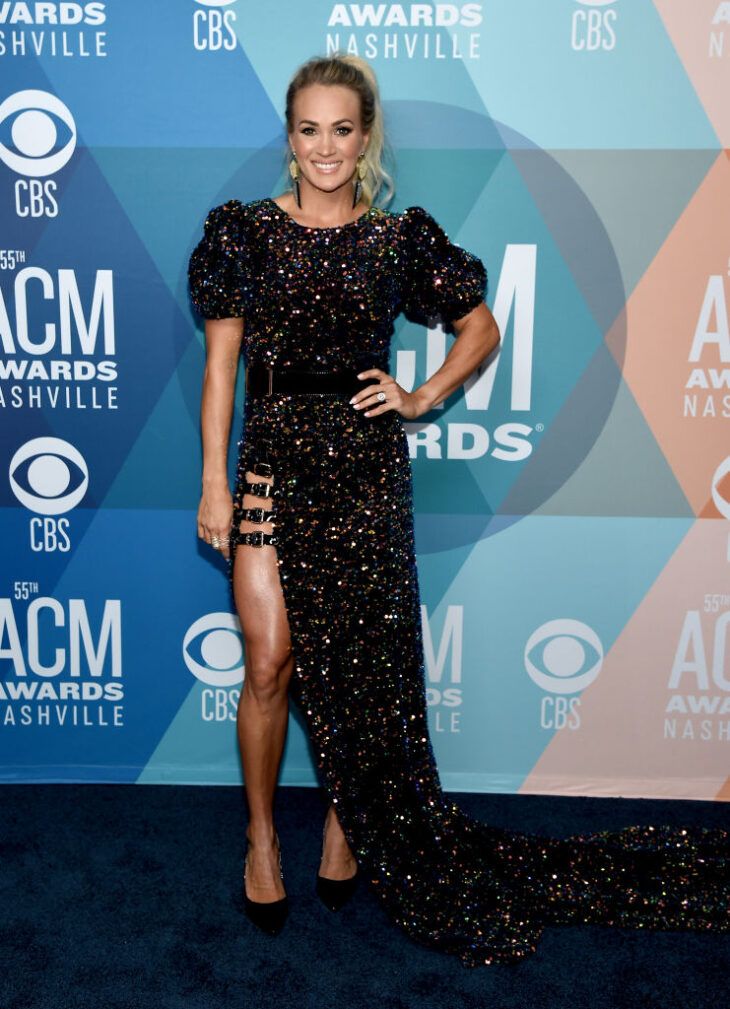 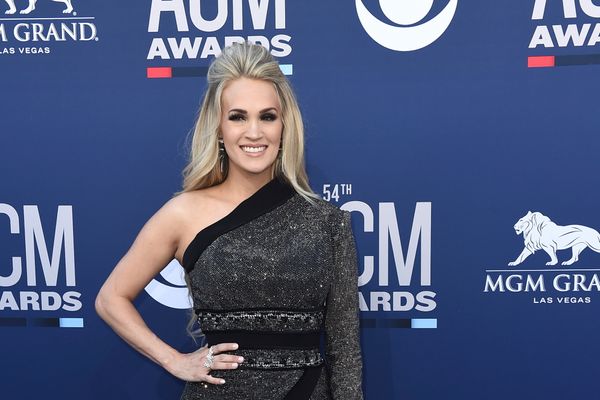