The 75th Golden Globes’ red carpet was an epic display of solidarity, change and empowerment as star after star stepped out wearing all black. The fashion uniform was a revolutionary moment where stars took action towards the #TimesUp movement which preached a future of growth and equality in Hollywood. Although, since the entire red carpet was a sea of black, this made it all the more obvious for a standout fashion moment whether it was memorable or disappointing! Follow along as we recall 12 of the most disappointing fashion moments from the 2018 Golden Globes:

Connie Britton is a natural beauty that could seemingly never disappoint on the red carpet! Unfortunately for this year’s Golden Globes she stepped out of her comfort zone and made a statement with her outfit rather than opting for something fashion-forward. Her sweater read “poverty is sexist” and although we appreciate the message, her outfit just simply seemed a little too casual for the classy and elegant event.

Michelle Pfeiffer opted for a blazer and skirt combo on the Golden Globe red carpet! Although there is nothing terribly unappealing about this look, it just simply didn’t wow us by any means. The entire outfit was relatively simple and we would have loved to see Pfeiffer take the glitzy route with her outfit rather than a pragmatic and basic blazer and belt style.

Jessica Chastain stepped out wearing a sleek halter-style gown at the 2018 Golden Globes. The look was sleek yet simple and featured silver glitter detailing along the sides. We appreciate this nice pop of sparkle, but it seemed oddly placed which left us somewhat disappointed! We would have much preferred to see the gorgeous redhead in a dress that had a glitter design throughout or interesting waist embellishment rather than glitter that’s somewhat hidden along the sides of her gown.

Dove Cameron is absolutely stunning and doesn’t need much embellishment to stand out on the red carpet, but this look just seemed overly simple. The sleek column dress consisted of a strapless, column-style cut with a silver bow detail along the waist. The bow seemed more like a holiday decoration than something that should be seen on a red carpet dress and even sat ajar on the dress which made it seem all the more out of place.

Sarah Jessica Parker has always been a red carpet risk taker, but this particular look was undeniably more risk than reward! The former Sex and the City actress donned an ankle-length black gown that featured mesh-detailing along the bodice, sleeves and skirt. There was simply too much going on and the strange length of the gown cut off her body at an unflattering height which made the outfit appear even more awkward.

Pregnant Eva Longoria stepped onto the 2018 Golden Globes wearing a simple V-neck dress with a slit up the middle. The dress itself wasn’t overly horrible, but Longoria definitely looked awkward and uncomfortable while wearing the dress on the red carpet which left us disappointed. The plunging neckline seemed like a wardrobe malfunction waiting to happen and we would have much preferred to see the stunning Longoria in something she felt totally comfortable and at ease in, especially while pregnant!

Angelina Jolie has been one of the most gorgeous woman in Hollywood for years, which leads us to believe the stunning star could do no wrong on the red carpet! Unfortunately her look for this year’s Golden Globes proved us wrong. The look seemed to drown the slender star with it’s dramatic feathered sleeves and totally modest shape. Jolie has such an enviable figure she could show off and this look simply did her body no justice!

Elisabeth Moss stepped out at the 75th Golden Globes wearing a relatively simple dress that featured a voluminous ankle-length skirt and a glittering Peter Pan collar. Although we can appreciate the intricacy of the collar and how it provides a pop of detail to her look, the awkward length of the skirt was simply too difficult to overlook. The voluminous skirt cut her body off and made the dress come across frumpy rather than clean and elegant as we presume she intended.

Viola Davis is a red carpet all-star and has made a name for herself in fashion for her simple yet entirely glamorous looks. This clean black velvet dress definitely sits in the same vein as her previous red carpet looks, but her necklace seemed messy, out of place and took away from the dress! We would have much preferred to see Davis wear a bold emerald statement piece rather than the stringy pearls which seemed disappointingly outdated and out of place.

Nicole Kidman has made quite a transition with her fashion looks during her recent red carpet appearances! At one time, Kidman could do no wrong on the red carpet and stepped out time after time in stunning, unique and glamorous gowns. Lately, however, Kidman has left us disappointed and this Golden Globes look was no different! The neckline was messy, the shoulder ruffles seemed awkward and the proportions were unflattering on her slender frame. We continue to hope that Kidman will make a turnaround with her fashion, but she unfortunately has yet to do so!

Many people questioned why model Kendall Jenner was even on the Golden Globes red carpet to begin with and even more so after she stepped out wearing this bold statement dress! The Giambattista Valli gown undeniably made a statement, but it simply seemed a little too over the top for the Golden Globes and might be more appropriate for the Met Gala.

Gal Gadot made waves in 2017 when it came to female empowerment and breaking grounds in the expectations of women. Gadot made a huge statement when she stepped out at the Wonder Woman premiere wearing a pair of simple Aldo sandals rather than glittering designer heels, which is why we expected her to make a little more of a statement with her attire on this day of change and strength. Instead, the star opted for a simple black ruched gown and a bolero jacket that seemed outdated and overly traditional. We were quite disappointed to say the least! 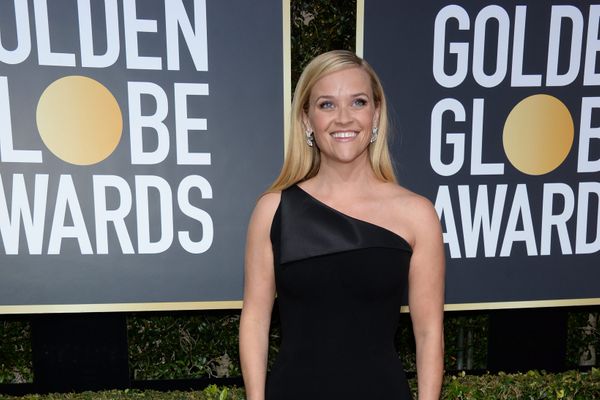