The Golden Globes are supposed to be about television and movie’s best performances, but for many of us, it’s all about the fashion! Right now we’re looking at those stars who brought their A-game to the red carpet and totally wowed us with their fashion-sense. So, without further ado, here are the 10 best dressed from last night’s Golden Globe Awards:

Blake Lively looked absolutely glamorous in this black halter Atelier Versace gown, which had a couple of really unique features like metallic straps and pockets! She attended with her husband, Ryan Reynolds, who was up for his role Deadpool. Reynolds may have lost out to Ryan Gosling, but with a wife like Lively, he’s always a winner! 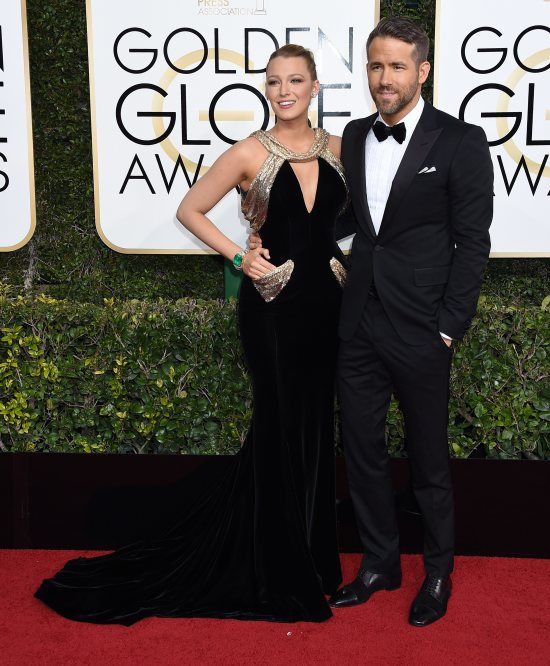 Sofia Vergara looked stunning in this gold-embroidered long sleeved Zuhair Murad couture dress and Lorraine Schwartz jewelry. While the Modern Family star usually opts for a strapless mermaid gown on the red carpet, this dress was slightly more conservative, but she still showed some skin with the shoulder cut outs. 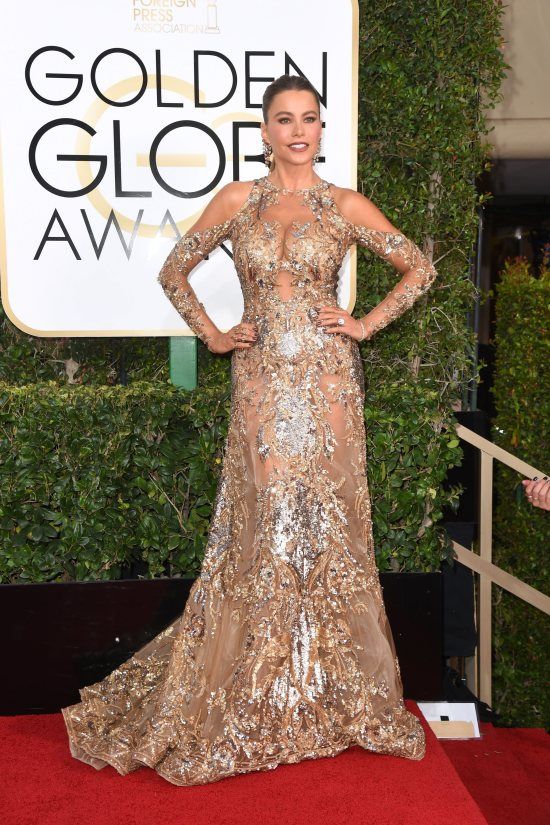 Sarah Paulson brought her A-game to the Golden Globes! She dazzled in this gold, metallic, floor legnth Marc Jacobs gown, which she paired with Neil Lane jewels. It was a big night for Paulson. She was up for an Best Actress Award for her role in American Crime Story – which she won! 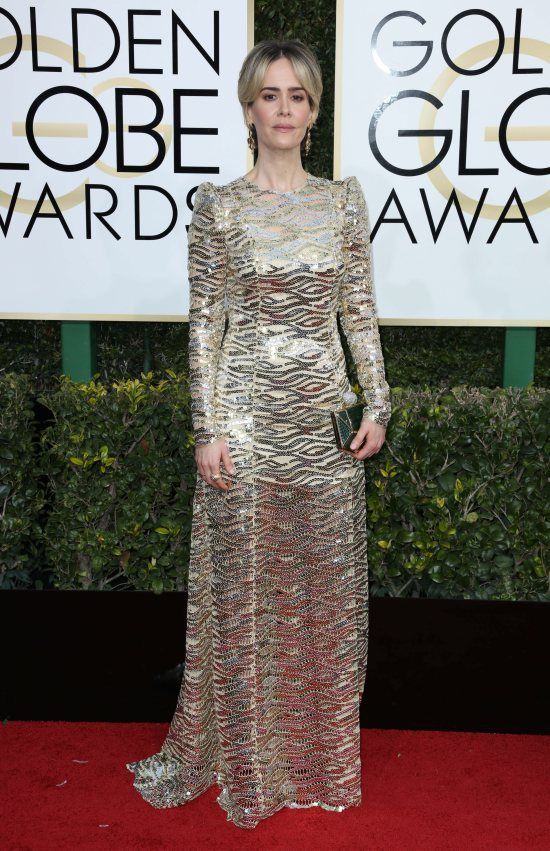 Priyanka Chopra stunned in this gold sequined Ralph Lauren gown, which hugged her curves in all of the right ways. The details on the dress are what make it so exquisite. It reportedly took 1,600 hours to embroider the custom-made dress, and it shows! This was one of the most beautiful dresses on the red carpet last night. 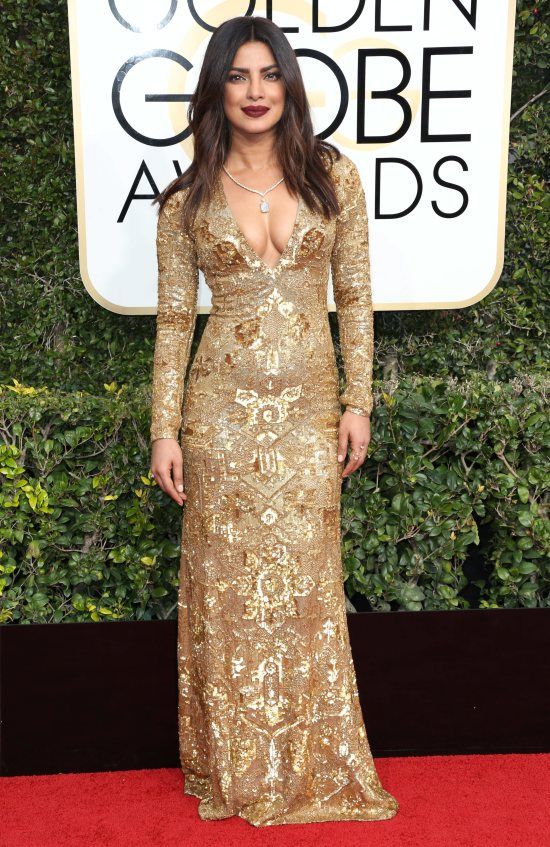 Lily Collins wore a stunning pink embroidered Murad Couture gown, which she paired with Harry Winston jewels, a messy updo and a red lip. She was up for a Golden Globe Award last night for Best Performance by an Actress in a Musical or Comedy, but lost out to Emma Stone who won for La La Land. 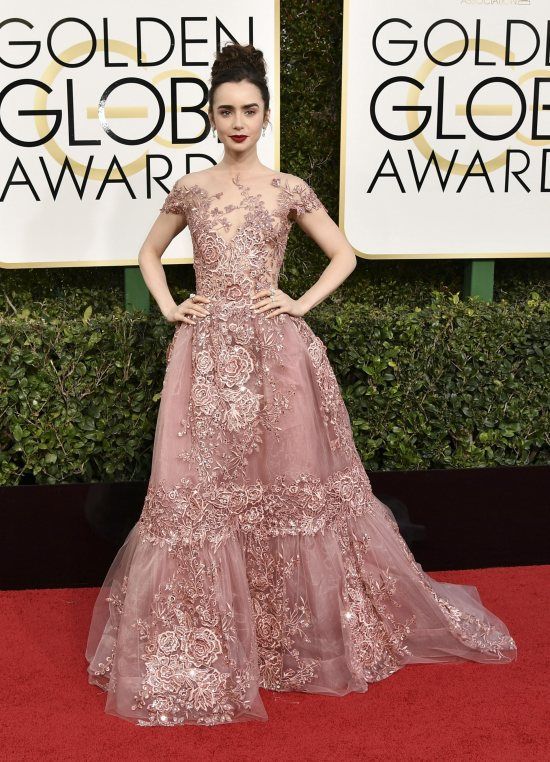 Mandy Moore rocked this black Naeem Khan gown, featuring a plunging and a cape, and we think it is safe to say that she has never looked more beautiful. She was up for a Golden Globe Award for Best Actress in a Limited Series or Motion Picture Made for Television, but lost out to Olivia Colman, who won for her role in The Night Manager. 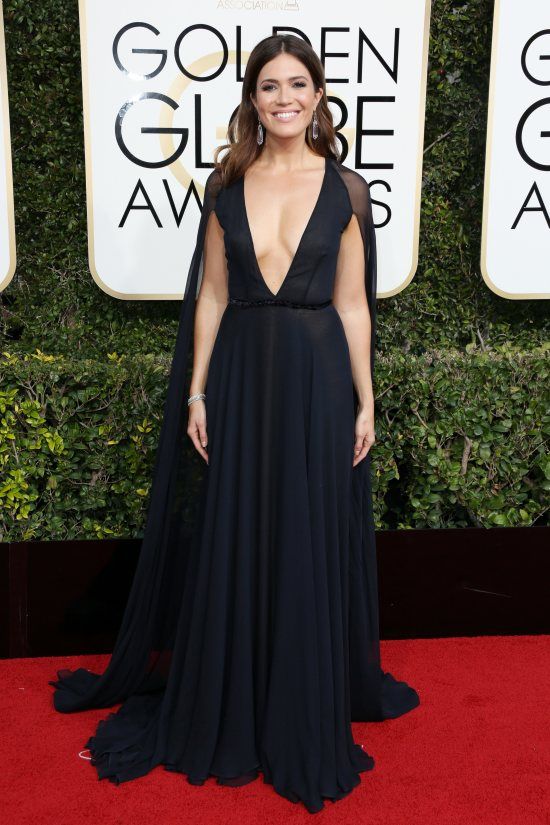 Viola Davis was easily one of the best dressed at the Golden Globes. She wowed in this bright yellow one-shoulder Michael Kors Collection dress, which was made from paillette-embroidered stretch-tulle and featured sequins. Not only did she look great, she also took home the award for Best Supporting Actress in a Motion Picture for her performance in Fences. 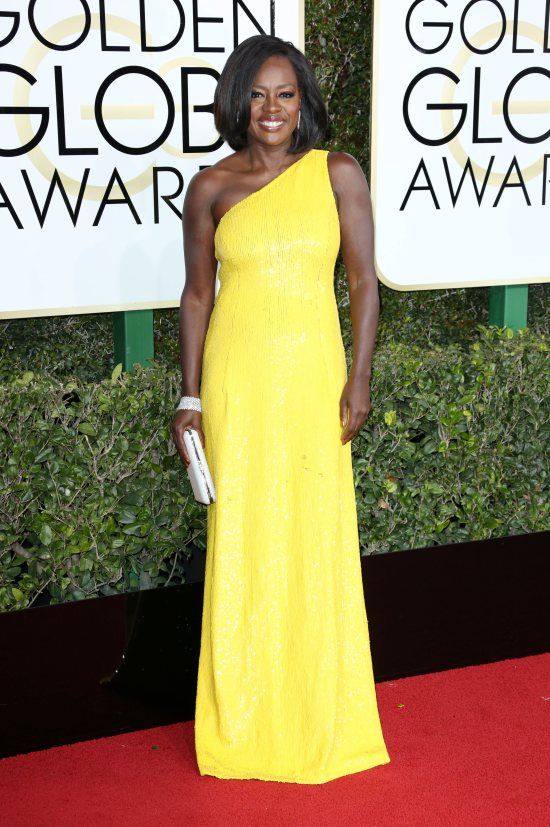 Kristen Bell donned this black metallic Jenny Packham gown with an open neckline and she looked absolutely stunning. While many stars seemed to go with a plunging neckline for this particular awards show, Bell’s dress definitely stood out with its long sleeves, loose floor length skirt and sequins. 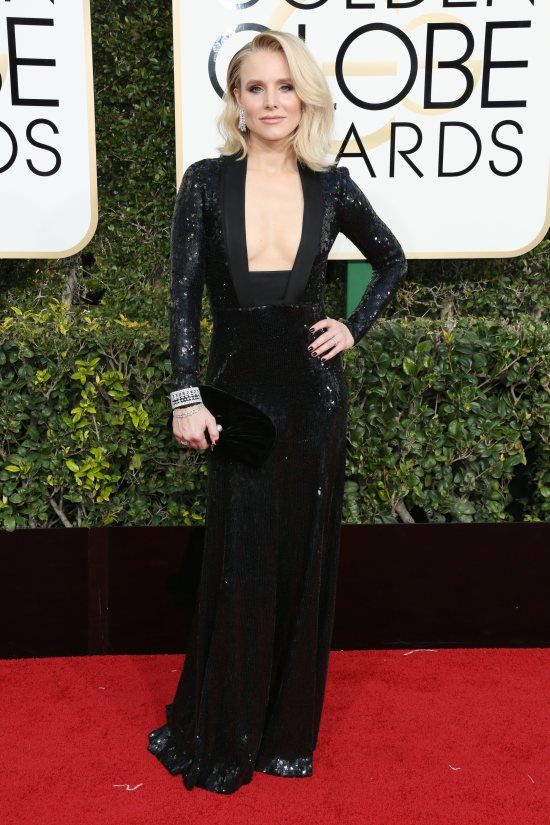 Reese Witherspoon walked the red carpet last night in this gorgeous strapless yellow Atelier Versace, which featured a high slit in the thigh. She accessorized with Tiffany & Co. jewelry, which included yellow diamond earrings, a chunky diamond necklace and a selection of rings. She finished off the look by styling her hair in an updo. One thing we know for sure – yellow is definitely her color! 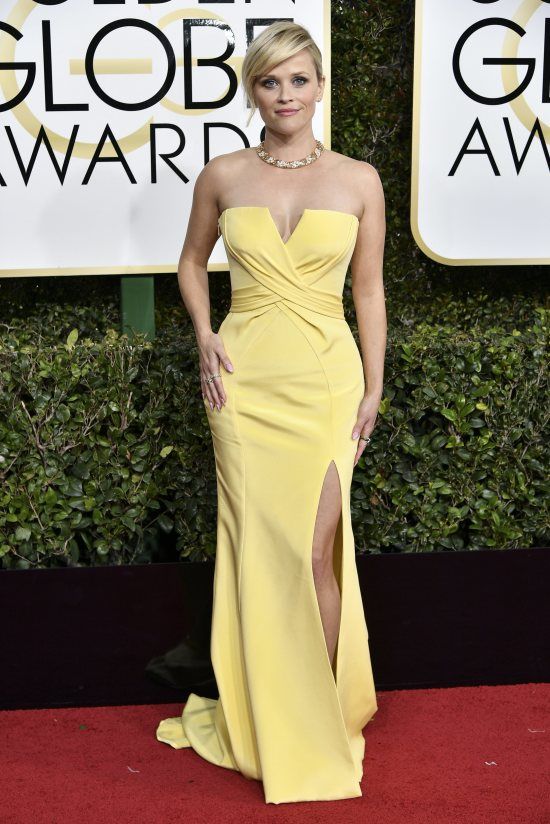 Emma Stone looked absolutely lovely last night in this a nude Valentino gown, which featured metallic silver stars and a plunging neckline, and she accessorized with Tiffany & Co. jewelry. Last night was a really big night for the A-list actress. She won her very first Golden Globe Award for her role as Mia in the romantic musical La La Land! 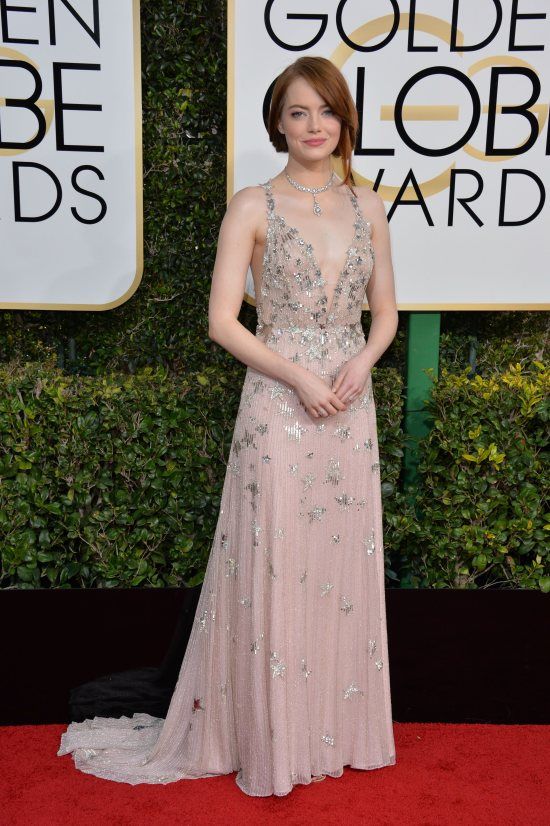 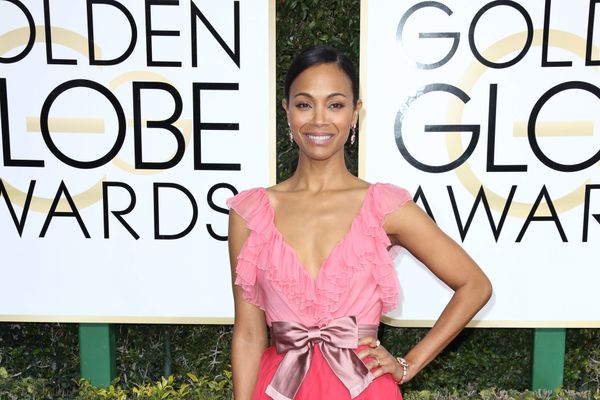