The 7 Most Outrageous Celebrity Wigs

There’s no better place than Hollywood for wigs of every colour, shape and style to make an appearance. In the last decade many stars have made wigs part of their signature look and constantly surprise us with one outrageous style after the next. Wigs have become a mainstream practice in Hollywood and help stars to recreate their look without having to damage and dye their natural hair. Although an entirely new hair style can be refreshing, some stars are notorious for taking change too far and have left us with our jaws dropped at some of the colourful creations attached to their heads. Whether you admire these stars for their fearless personas or question their mental sanity, follow along for 8 of the most outrageous celebrity wigs to date:

Christina Aguilera is another Hollywood star that is notorious for changing up her look. Her classic blonde locks have shifted through different styles over the years, but it was revealed to the Daily Star in 2003 that hair dye and extensions left this star with bald patches and forced her to lean on wigs to imitate the look a full head of hair. We can definitely appreciate a well-suited wig, but this bold highlighted look is undeniably not one of Christina’s best. The texture of the hair looks fake and cheap and the lilac colour mixed with black strands is confusing and unnatural looking.

Although Rihanna has become known for her out of the box style and creative looks, the scarlet red wig that the music icon rocked in 2011 was not exactly the most flattering. Rihanna’s beautiful mocha complexion shines when she dons caramel highlighted hair or even raven black locks, but the bright red seems to wash her out. Not only is the colour quite bold and daunting, but the ringlet style bangs framing her face are outdated and childish looking rather than trendy.

Although Amanda Bynes has recovered from her four year manic stint and has since opened up about how she turned her life around, the awful wigs during her hiatus definitely deserve a moment of recognition. We became so accustomed to Amanda Bynes’ signature shiny brunette locks that fans were shocked when she stepped out wearing a variety of badly groomed blonde wigs and even the occasional colourful one. This aqua coloured wig was inauthentic looking, too long to be flattering and the thick bang covered half of her face. Luckily, the star appeared earlier this month looking highly polished, refreshed and ready to restart her acting career with a flattering side swept hair style to match.

It would be impossible to create an outrageous wig list without including one of Katy Perry’s colourful red carpet looks. The California Gurls singer made a name for herself through a promiscuous image and the rainbow coloured, retro-inspired wigs she constantly donned became an integral aspect of it. The electric blue wig Katy wore to the 2010 MTV Movie Awards was one of her most memorable wig looks to date. Although the colour surprisingly compliments Katy’s eyes quite well, the blunt bang and fuzzy texture of this wig is something that we just couldn’t overlook.

Nicki Minaj entered the mainstream pop diva realm rocking outrageous, candy-inspired colours and skin bearing styles that differentiated her as an artist. Part of the appeal of her persona became the dramatic costume looks she put together and the theatrical touch her character exuded. Along with this exaggerated image came a variety of wild hair styles and, of course, wigs. In one of her most questionable hair moments, Minaj stepped out wearing a lemon yellow curly wig that reminded us much more of a shower loofah than any respectable hair style. Although her theatrical image was fun and enticing, we’re much happier to see Nick Minaj’s style evolving over the years into a more mature, tasteful look.

Known for her signature fearless and dramatic image, Lady Gaga has had an overwhelming amount of outrageous wig moments during her time in the spotlight, which made it quite difficult to chose just one! Her out of the box style has become an embedded component of her celebrity persona and the crazy wigs that come along with it are all a part of the package. In one of her wildest wig moments to date, Gaga rocked a cotton-ball inspired fluffy wig with complimentary purple bows throughout made of a similar texture. Of course, this look is outrageous, but that’s exactly what creates Lady Gaga’s signature boundary-breaking style.

In arguably the most outrageous wig moment to date, Sia stepped out in May 2015 donning a bluntly cut platinum blonde wig that shockingly hid her entire face. The singer has defended her signature face-shielding wigs by claiming that she wanted to free herself from the intense physical scrutiny many celebrities are attacked with. The singer prefers to perform anonymously and joked about her look to Ellen by saying, “Well, it’s just so that I can go to Target and buy a hose if I want to, or if I find I’m in need of a restroom, I can go in the side of the road and no one would be following me with a camera trying to get a shot.” 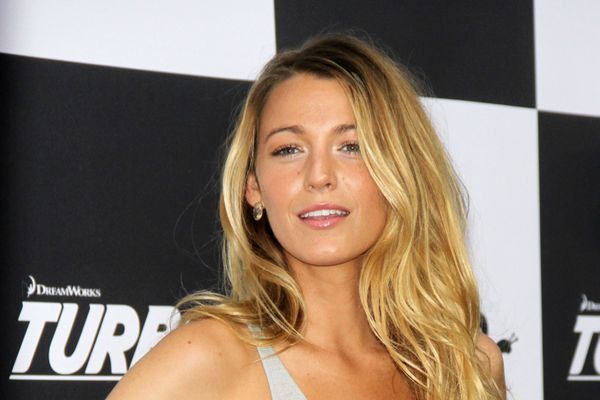