The Most Iconic TV Wedding Dresses Of All Time

Even though they’re fictional, some weddings from specific television shows seem to stick with us throughout the years. Many of the relationships we rooted for, some even from the beginning of the show, which makes it all the more satisfying to see the couple walk down the aisle. What makes a television wedding even more memorable, however, is checking out what type of dress the bride wears! Follow along as we reminisce on some of the most iconic TV wedding dresses of all time:

Claire Foy took on the role of Queen Elizabeth II in The Crown and walked down the aisle mimicking the Queen’s own royal wedding. The costume designer behind the show re-created an exact replica of Queen Elizabeth’s epic wedding gown from the star lily and orange blossom embroidery to the 10 000 seed pearls. 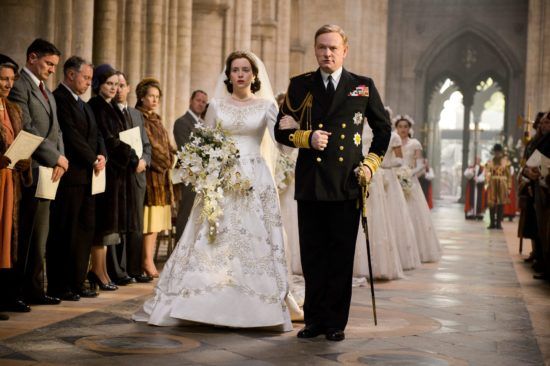 Actress Gina Rodriguez stunned in Jane the Virgin when she walked down the aisle wearing a lace off-the-shoulder gown. The moment was completely dreamy, especially because of the romantic, feminine bridal gown the costume designer opted for Jane to wear. She swooped her hair into a loose bun with soft waves framing her face. 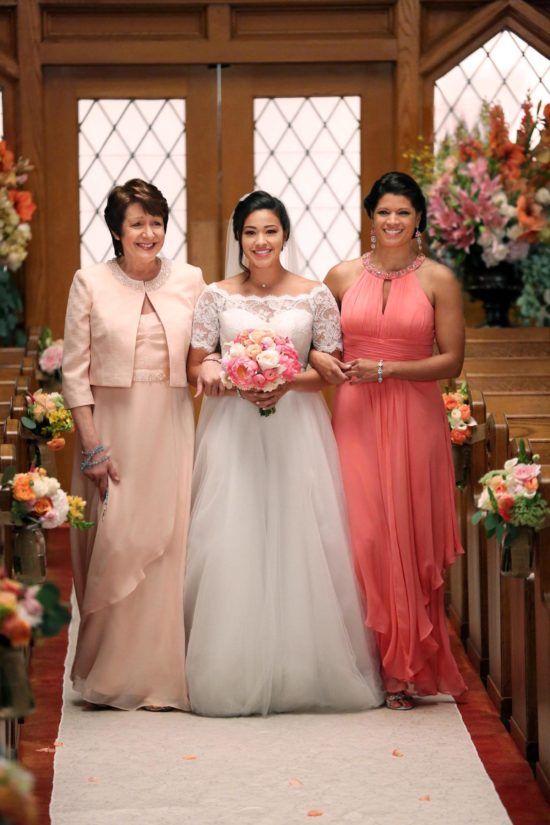 All our television dreams came true when Rayna James walked down the aisle to marry long-time lover Deacon. The costume designer on set opted for a simple lace off-the-shoulder gown with a nude underlay, which was perfect for the country wedding affair. She pulled Rayna’s hair into an elegant side-swept look to finish things off.

This wedding scene was more of a “what if” moment than an actual celebration for those who are fans of Scandal, yet despite this, the bridal number worn by Olivia Pope still stole the show. The dreamy off-the-shoulder number featured a full Princess-style skirt and a dainty silver belt. Olivia’s hair was pulled back into a bun and dotted with tiny pearls for extra bridal glamour.

This Is Us always has the power to make us cry on command with all its heartbreaking scenes, but one scene, in particular, that stood out as a moment of celebration was the wedding of Jack and Rebecca Pearson. As per usual, Rebecca looked stunning as ever in a bohemian long sleeve gown and flower crown. The cast shared this silly photo on Instagram leading up to the episode’s premiere.

Downton Abbey has the best timepiece wardrobe and costumes, but especially when it comes to weddings. One of the most memorable bridal looks from the show was the one worn by Rose Aldridge during her wedding to Atticus. The show’s costume designer dished the details: “The wedding dress that she wears to the reception is actually an original piece, beautiful beaded on a silk tulle. It was just a ghost of a dress, and I stumbled upon it. A trader I’d made friends with has a little shop in London and he actually kept it in a box—it had never been worn, and we managed to give it this fairytale ending, this wedding dress that was a hundred years old and had never been worn.”

Gossip Girl was known for its well-dressed characters, which is why it’s no surprise that the show’s costume designers opted for the dramatic route when designing the bridal looks for the series finale. A personal favorite was the gold look Serena wore to marry Dan. The dress was a nod to their relationship coming full circle because Serena often wore gold dresses in the early seasons when she and Dan first started dating.

7. Charlotte York — Sex and the City

Charlotte York was the ultimate bride on Sex and the City and dreamed of her fairytale day for a large portion of the series. She looked absolutely beautiful in this romantic off-the-shoulder number with lace detailing and a subtle tiered skirt. This dress was her second bridal dress of the series, but this time, we knew Charlotte had it right when she married Harry Goldenblatt.

No one could forget about the wedding between one of the dreamiest couple in all of television — Uncle Jessie and Aunt Becky! Becky donned a classic over-the-top wedding dress that was quite popular during the ’90s. The bridal look did not shy away from an excess of tulle, shoulder pads or foof. Although this look might seem a little outdated now, we still can’t help but appreciate how stunning she looked!

Blair had two bridal moments on Gossip Girl, but her most memorable was definitely this powder blue embellished look she wore to marry the love of her life, Chuck Bass. The ceremony was one for the ages, complete with a police chase and less than 30-second ceremony, but it suited the tumultuous couple. The look wasn’t a typical bridal look, but Blair wasn’t a typical bride, so this Ellie Saab number was absolutely perfect for her.

Another memorable ’90s TV bridal look is the one worn by Rachel Green on Friends in the pilot episode. Rachel leaves her groom at the altar and runs into high school friend Monica at a coffee shop, and so begins the story of Friends. The dress is over-the-top complete with a foofy veil, excess tulle, and full head-piece, but we don’t expect much different when it comes to ’90s bridal attire! 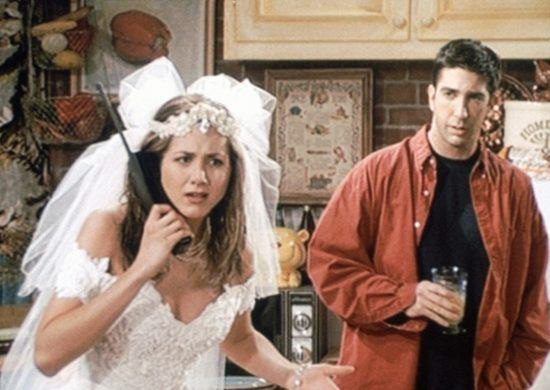 The marriage of Summer Roberts and Seth Cohen was one that was much anticipated throughout the entire series of The O.C. Summer looked like a vision in white when she walked down the aisle wearing this empire-waist wedding gown. The look was effortless and relaxed, just like Summer’s Cali-girl street style!

Unlike Rachel Green, when Monica walked down the aisle she wore a sleek and form-fitting bridal gown that no one could forget! The sleek number fit her body like a glove and remained true to Monica’s simplistic and classic style. Friends costume designer dished her opinion on the dress, “It was so classic and beautiful, and it did look perfect on her.”

Lastly, one of the most memorable television wedding dresses of all time was the look worn by Meghan Markle’s Suits character Rachel Zane to marry Mike Ross. The TV wedding aired right around the time that Markle was marrying Prince Harry in real life, which made her first wedding dress appearance all the more exciting. Her character Rachel’s dress was much more foofy and detailed than her own simplistic bridal number, so it was fun seeing Markle take on the role and try something different with her bridal fashion. 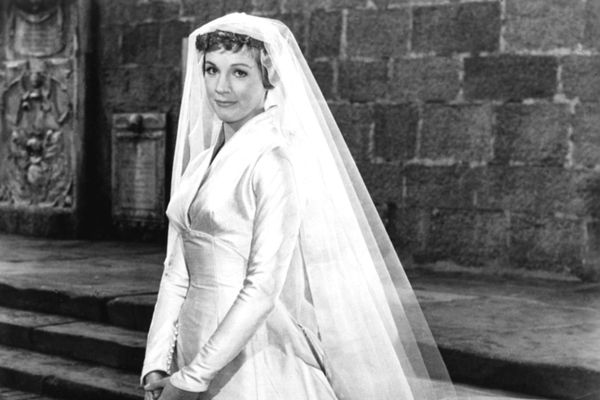