Amanda Stanton Opens Up About Romance With Robby Hayes

“He’s sweet. He’s really sweet,” Amanda revealed during her interview on The Morning Breath podcast. When asked if she left Paradise engaged, Stanton kept the details private and blushed while adding, “I can’t say! I don’t know.”

Rumors swirled earlier in July that Hayes and Stanton had split after he was allegedly spotted with another woman at a Zac Brown Band concert. An insider revealed that the duo is “still dating and have been dating since they got back from Paradise” while also adding that the rumors “weren’t true.”

Stanton first appeared on Ben Higgins season of The Bachelor, but was eliminated following the hometown dates. She quickly became a fan favorite and appeared again on Bachelor in Paradise last summer where she became engaged to Josh Murray. The relationship was definitely far from smooth sailing and ended in a messy split that unfortunately involved her daughters. When asked if Robby has met her daughters, Stanton confirmed that he has not.

When asked about her time in Paradise, the star admitted it was initially quite difficult and she questioned why she returned. “When I first got back, I was on the stairs and I was like, ‘What am I doing here?’ I like totally regretted coming back,” she recalled. “I think after the break I came back and I just had a lot more fun. It’s a lot of fun,” she said. “Since it was so short, nobody really took it as seriously this time.”

Bachelor in Paradise season 4 premieres on August 14 at 8 pm. 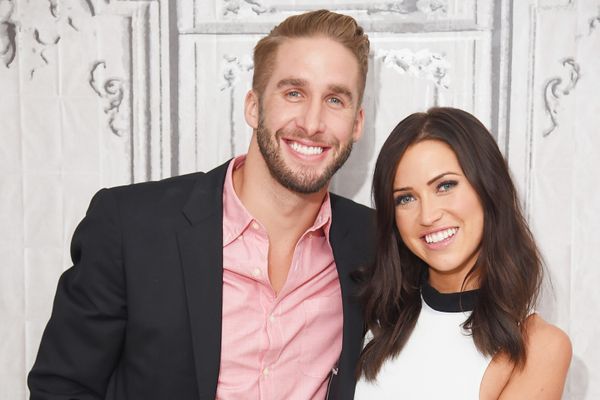