It is no secret that Farrah Abraham has been a source of contention with her fellow Teen Mom cast mates, but this time things got physical when she was reportedly confronted by Amber Portwood while the ladies were taping the Teen Mom OG reunion show.

All of the Teen Mom OG stars and their significant others were at the taping on Saturday, October 22 when Abraham and her on-again, off-again boyfriend Simon Saran started bad talking Portwood’s fiance, Matt Baier. According to many sources, Dr. Drew Pinsky was asking Saran about comments he had made on social media calling Baier a “pedophile” and, when it seemed like Saran was about to apologize for his remarks, Abraham butted in and said, “Well, he does kind of look like a pedophile.”

That statement incited fury from Portwood who then stormed on to the stage to confront Farrah, and Farrah’s father Michael then got involved trying to break it up. Matt Baier then also came from backstage, and things got even more violent as a source stated, “All that could be seen was that Michael seemed to put his hand on Matt’s throat and Michael went flying into the audience and Farrah was yelling at Amber to punch her. Amber tried and just missed hitting Farrah.”

Security was eventually able to calm the situation down, and Saran later took to Twitter to talk about what had happened, writing, “Recap of reunion: @amberportwood trotting around like a hippo. Matt and another senior citizen in a small scuffle. #teenmomog.” 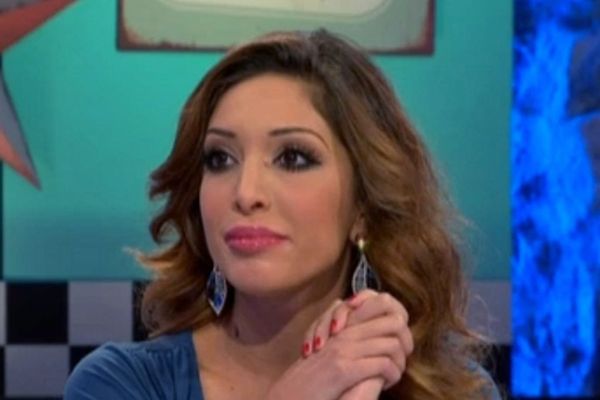