Are Nick And Vanessa Still Together, Engaged After The Bachelor Finale?

After 11 episodes and over the course of a few months, millions of Bachelor fans have followed Nick Viall’s quest for love, and it has finally come to an end.

All in all, feelings are quite split about this past season, but many are relieved that after coming in as the runner-up not once, but twice on The Bachelorette and also failing to find love on Bachelor in Paradise, Viall has finally found “the one.” Nick didn’t come off as charming or as sincere as some of the past Bachelors we’ve seen, but he did date some pretty amazing women, and fans were divided on if he would choose Raven or if he would choose Vanessa.

All along Reality Steve reported that Nick chose Vanessa Grimaldi, and Nick proved him right by proposing to the gorgeous special education teacher after giving her his final rose.

Now that it is clear who he chose, many still need to know if the pair are still together? For right now it seems the answer is yes. All too often Bachelor fans know that many relationships do not last much longer than the After the Rose special, and it seems many believe Vanessa and Nick fall into that fate. Nick is jumping right back into reality TV with a spin on ABC’s Dancing With the Stars, and while it has been reported that Vanessa will support him through it and through the press tour, our hopes are not high for the couple past that. While Vanessa is very happy in her career in Canada, Nick is on a mission for fame, with intentions of becoming a model and an actor, and many have reported his only intention of being the Bachelor was to find fame, not love. Of course only time will tell if Nick and Vanessa are the real deal.

Do you think they are the right match? 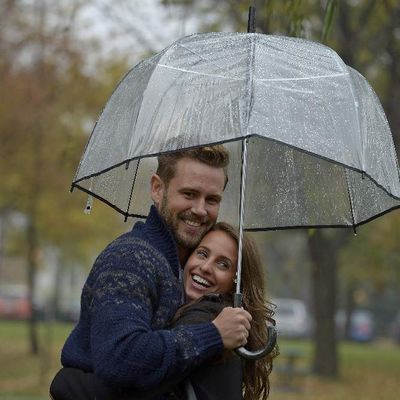