Bachelor in Paradise star Dean Unglert told PEOPLE that he and Caelynn Miller-Keyes – who he met on the most reason season of the show – are being “super patient” with their relationship.

“There’s no, like, impending engagements or anything like that,” The Bachelor Nation star told PEOPLE at the KIIS Jingle Ball on Friday.

“We understand that with the Bachelor franchise, you kind of get put in a pressure cooker with your relationship and we’re just traveling together, exploring each other, and having fun and doing what we’re doing,” he said.

Unglert admitted that his significant other say things differently.

“She might tell you otherwise but it seems like, you know, we’re on a good path at the moment and there’s nothing really on the horizon but I think that’s kind of the best,” he continued. “You don’t really set like relationship goals until later on down the line, so we’ll see.”

Miller-Keyes added that she doesn’t “want to rush anything,” but she admitted that she sees herself and Urgent moving in together at some point.

“We’re at such a good place right now,” she shared with the outlet. “We’ll move in together when the time is right, but I don’t want to rush anything and I don’t want it to be contingent on a lease ending or something like that. But maybe. Maybe next year. Maybe in 2 years. Who knows.”

Unglert and Miller-Keyes’ upcoming plans include a trip to the Caribbean and then spending New Year’s Eve in Berlin, Germany. Their plans for 2020 include more travel.

When they revealed their plans, Miller-Keyes shared her excitement about planning the Carribean trip, and said that “it’s going to be interesting to see if I do as good of a job as he does” with their planned itinerary.

“We’re going to be traveling. I don’t know, honestly,” he said about his plans for the new year.

Unglert also talked about how he is going to continue his hosting duties on the iHeart Radio podcast Help! I Suck at Dating with other Bachelor Nation alum Jared Haibon while working on his travel blog – deanie_babies.

The podcaster also pointed out that he and Miller-Keyes are “working on building our travel portfolio as well. So that’s kind of what’s on the horizon for us, is just more podcasting with iHeart Radio and more traveling on our own accord to experience the world, you know?”

Unglert also expressed that he loves Miller-Keyes’ interest in the world, but that the most challenging part of traveling together is that “she can find things to complain about really easily.”

“Whether it’s too cold or too rainy or she’s too tired from the hike. She’s really good at pinpointing and focusing on those things and it makes my job much more challenging, but at the end of the day, she can always look back on the day and realize how much fun she had,” he said. “So it’s just a matter of breaking through the suffering in the moment to realize the greater good that comes from it after the fact, I guess.” 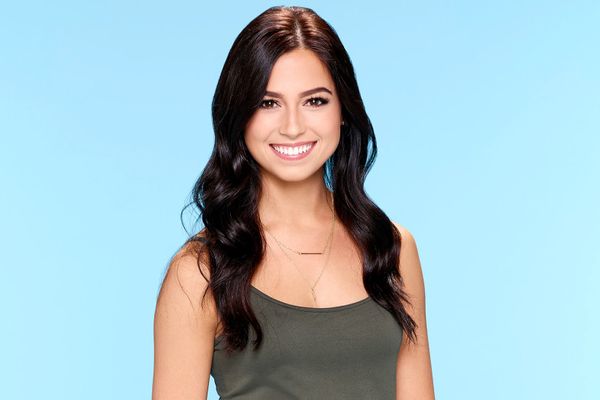