After Dancing With the Stars finale teased a new Bachelor promo of Peter Weber asking Hannah Brown to join the show, there’s been plenty of speculation thrown around Brown’s return to the show and whether or not she will be joining as a contestant or not.

However, although she will not be competing for Pilot Pete’s heart, she will make several appearances on the show, and they will be important and super emotional than anyone else believed it was going to be.

In the Bachelor premiere, fans will see Brown exit her own limo with a pair of wings (the same ones Peter wore in Brown’s season of The Bachelorette) and will tell the newest Bachelor that he needs to find his new co-pilot. Peter then appears a little shocked by Brown’s appearance.

There’s more proof that Brown isn’t returning as a contestant. After Hannah gives Peter back “his wings,” he then makes his way to the cocktail party and gives a toast. He tells the women that although some of them saw Brown outside, he affirmed that she’s just a friend, and she came to give him. Another Brown appearance on The Bachelor will include her interrupting a group date.

Despite Brown not returning as a contestant, Reality Steve was quick to reveal that her appearance on the season impacts Peter Weber more than anyone thought. On January 3, Reality Steve tweeted, “I don’t give ABC credit for much. If ever. But I will say Monday’s 3 hr premiere is jam packed. There’s A LOT to digest. A LOT. And none of it will be resolved by the end of the episode, so, people’s interest is going to be piqued.” He added, “No, Hannah Brown is not a contestant on Peter’s season. But her appearances are more important, and more emotional, than I or probably anyone else ever believed it was going to be. Was not expecting that.” 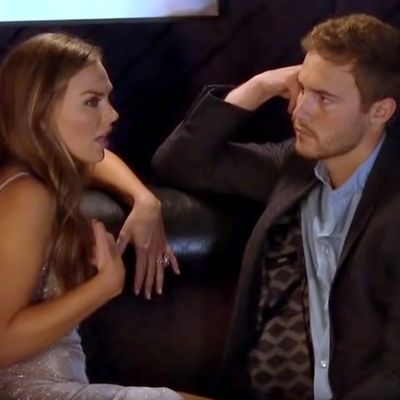