Country star Blake Shelton is working on his mullet with some assistance from girlfriend Gwen Stefani.

A little week after the 43-year-old singer announced that he was bringing back his signature ’90s mullet hairstyle, he gave his fans an update on his hair progress.

Although Shelton’s hair has a lot of growing out to do in order for him to achieve his look, it’s now just long enough on the ends that Stefani can run her fingers through it, as a new video shared on Shelton’s Twitter account shows.

In order to make sure the country superstar’s new look stands out, Stefani “decided to take it to the next level” by adding in “stripes” shaved into the side of his head.

In addition to Shelton’s “mullet update” video, The Voice coaches also posed together for a photo while wearing coordinating camouflage looks. “Our first photo shoot,” the country singer captioned the snap, in which his new hairstyle is only somewhat visible.

He went on to joke that the duo should have used the image to promote their new duet “Nobody But You,” which was released on his latest album. “Should’ve been the Nobody But You cover… Damn it!” he joked.

Previously, Shelton explained that he and Stefani have decided it was time for him to grow out his hair again, as most of his work events are “canceled for the foreseeable” future due to ongoing public health and safety concerns.

“I have an announcement. With basically EVERYTHING I had scheduled being canceled for the foreseeable further [sic] @gwenstefani and I have made a decision together. I am growing my mullet back as a symbol of hope or some s— like that.. Anyway it’s coming back! For real. Stay tuned…” he tweeted.

Shelton has been playing with the idea of bringing back his mullet for a long time now.

In 2017, when he was crowned PEOPLE‘s Sexiest Man Alive, he joked about how it was time to bring back his mullet.

“When I think of sexy, I think of my heroes and Billy Ray Cyrus was one of them,” he told Ellen DeGeneres at the time. “With this new power that has been bestowed on me, I can bring the mullet back which makes it okay for any of us to have them.”

Quarantine mullet update 3/26/2020… @gwenstefani has decided to take it to the next level.. Stripes. pic.twitter.com/XZJzWOoAd5

Our first quarantine photo shoot… should’ve been the Nobody But You cover… Damn it! pic.twitter.com/WRthW0kn4r 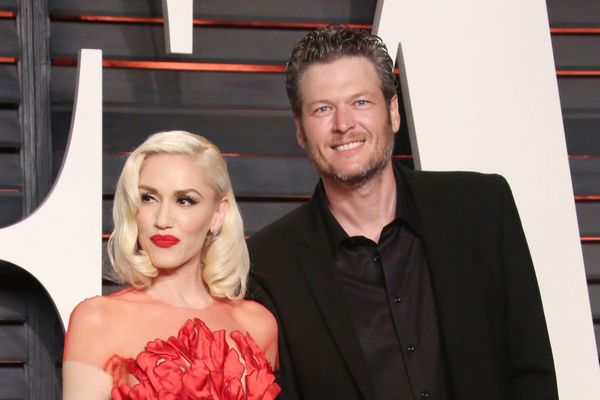