Fans of country music know that country stars seem to most often be the kind of celebrities to marry their high school or college sweethearts, or other country stars, but some have also branched out into the Hollywood dating pool. One of country’s cutest celebrity couples without a doubt is Brad Paisley and actress Kimberly Williams-Paisley who have now been going strong for over 15 years! Despite their individual fame, the two have remained very low-key and live a life out of the spotlight. There is no doubt they are one of the down-to-earth and fun-loving famous pairs out there, so get to know them better with these 10 things you didn’t know about Brad Paisley and Kimberly Williams-Paisley’s relationship:

While the pair didn’t begin dating until the 2000s, Brad Paisley knew there was something special about Kimberly Williams back in 1991. The then 19-year-old was still trying to make it as a musician when he went to see Father of the Bride on a date and instantly was attracted to the lead actress: Kimberly Williams. In 1995 Paisley was 23 and living in Nashville still struggling to jumpstart his music career. Having recently gone through a breakup he went to see Father of the Bride II alone and was still enchanted by Williams even though he had never met her. After leaving the theater he said, “She seems like a great girl, smart and funny and all those things that are so hard to find.” 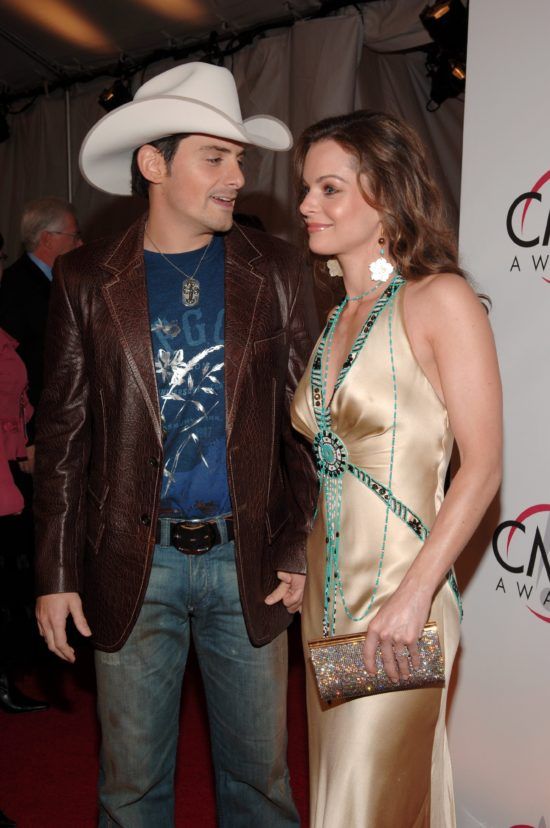 Despite having no way to connect with Kimberly Williams, she was still on his mind even four years later when his country music career finally took off with the release of his first single “Who Needs Pictures.” With a successful career in full swing Paisley still thought of Williams and with some connections he was finally able to set up a blind date with the actress and the two went out for dinner. He then kept contact and convinced her to appear in his music video “I’m Gonna Miss Her.” “He says it was love at first sight for him, and for me it was more like love at first month or two,” Kimberly Williams joked about his infatuation with her. Despite coming from two completely different worlds they soon realized that they were completely compatible and quickly began falling in love.

Fifteen years of marriage is incredible but it is particularly impressive when it comes to celebrity couples whose relationships often seem to be fleeting and rarely stable. One of their secrets to a long marriage and happiness has been to settle arguments quickly. “She’s really good about not holding grudges,” Paisley said while Williams added, “And he’s really good about apologizing.” “I usually start with that,” Brad said. “She says there is this whole phrase I could say in my sleep: ‘I’m sorry. You’re right. And I love you.'” 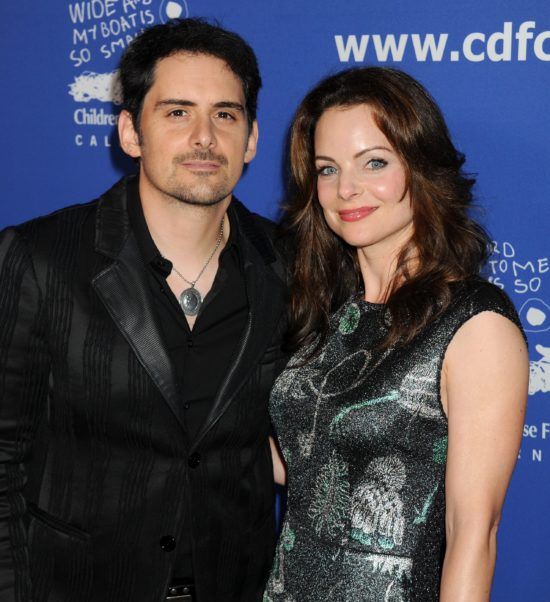 Although Kimberly Williams had her reservations when it came to dating Paisley at first, things moved very quickly once the pair officially began dating. Only two months into their relationship, after a date at Venice Beach, Paisley took Williams to the end of  pier and told her that they were meant to be together and vowed himself to her. Only six months after his romantic speech and only eight months since they officially met, he proposed. Paisley set up a surprise engagement on the very same pier, and at the time Kimberly thought he was in Nashville at an industry event and thought she was meeting up with a potential new publicist. Instead Paisley surprised her with an engagement ring on the pier. “He proposed right in front of the public toilets,” Williams joked about the night. 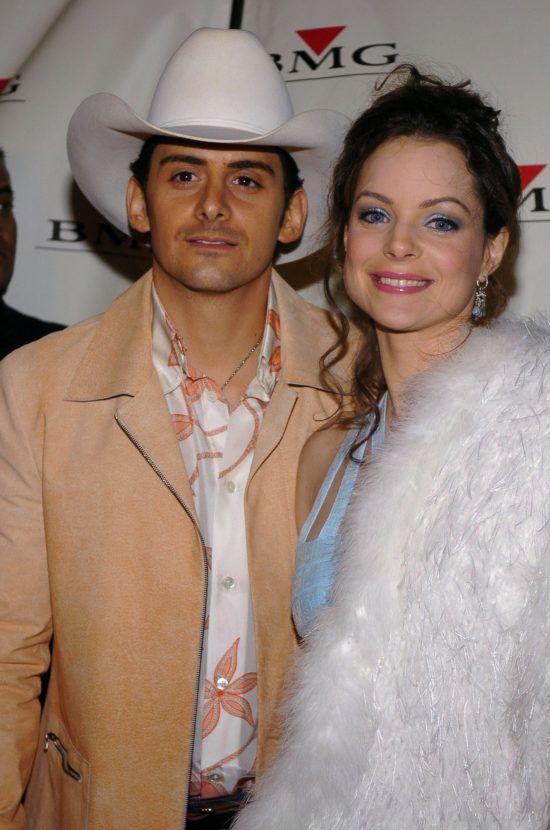 After a short nine month engagement and now only a year and a half after meeting, Brad Paisley and Kimberly Williams were married on March 15, 2003 at the Stauffer Chapel on the campus of Pepperdine University in Malibu. While they had a traditional chapel wedding, they had a few surprises up their sleeves. The pair actually told guests to wear denim and that it was only the rehearsal but when Williams showed up and took off her denim coat to reveal a wedding dress they realized it was the real wedding! They then had a low-key reception with a backyard barbecue and the bride and groom changed into their own denim for the laid-back night.

A post shared by Kimberly Williams-Paisley (@kimberlywilliamspaisley) on Mar 15, 2017 at 5:14am PDT

Since Brad Paisley and Kimberly Williams-Paisley do nothing but joke around and gush about their life together it might be surprising that the pair have opted for couples counselling. Because of how different their lives were and they lived on opposite sides of the country, they decided to go into couples counselling before they event got married. “We figured, the odds were against us because we’re both in entertainment,” Williams explained. “And we know that it’s really rare for couples to succeed. So we wanted to arm ourselves with as many strategies as we could.” 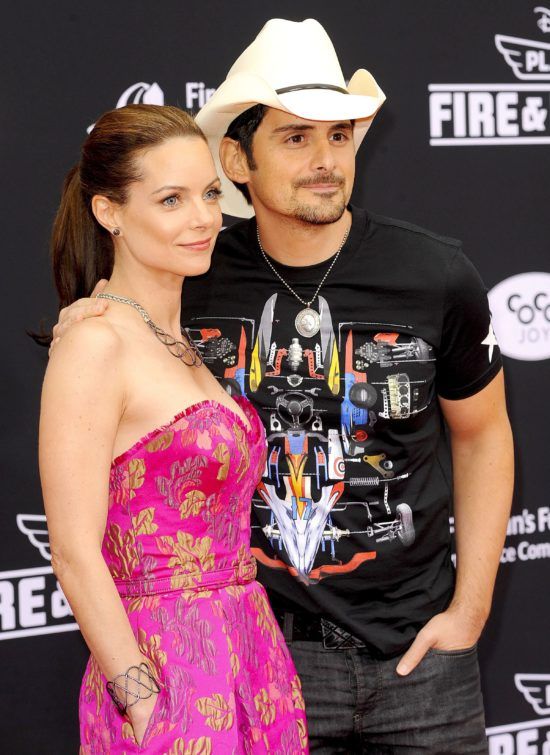 While the adorable couple are always having a good time it seems, like all marriages they have seen tough times, but have always stuck through it together. When Kimberly Williams first told her mother that she was engaged to Paisley, her mom was not pleased and apparently not his biggest fan, but by their wedding she was more than happy to stand up and say a quote out of the bible. Unfortunately that was also the moment Williams first noticed something different about her mom and two years later learned her mother, Linda, was suffering from dementia. In February 2016, Linda passed away at the age of 73, and prior to her passing, Williams began dealing with the difficult time by writing a candid memoir about her family’s journey. Despite his hectic career, Paisley never left his wife’s side. “He’s just seen me at my worst and handled it so well. He’s just a team player and helps in the ways he can help,” Williams said of leaning on him in that time.

A post shared by Kimberly Williams-Paisley (@kimberlywilliamspaisley) on Nov 3, 2016 at 1:04am PDT

After enjoying a few years together, the pair decided to start their own family and on February 22, 2007 they welcomed their first son William Huckleberry “Huck” Paisley. Two years later their family grew when they welcomed their second son Jasper Warren who was named after Paisley’s grandfather who bought him his first guitar. Williams has always gushed about being a mother, and it isn’t without it’s entertaining moments. In 2013 she shared a story after Huck broke his arm. “Huck just broke his arm! He’s walking into the hospital, they asked him what his name was and he said ‘Brad Paisley.’ He knew how he could maybe get their attention and get the best treatment possible.” 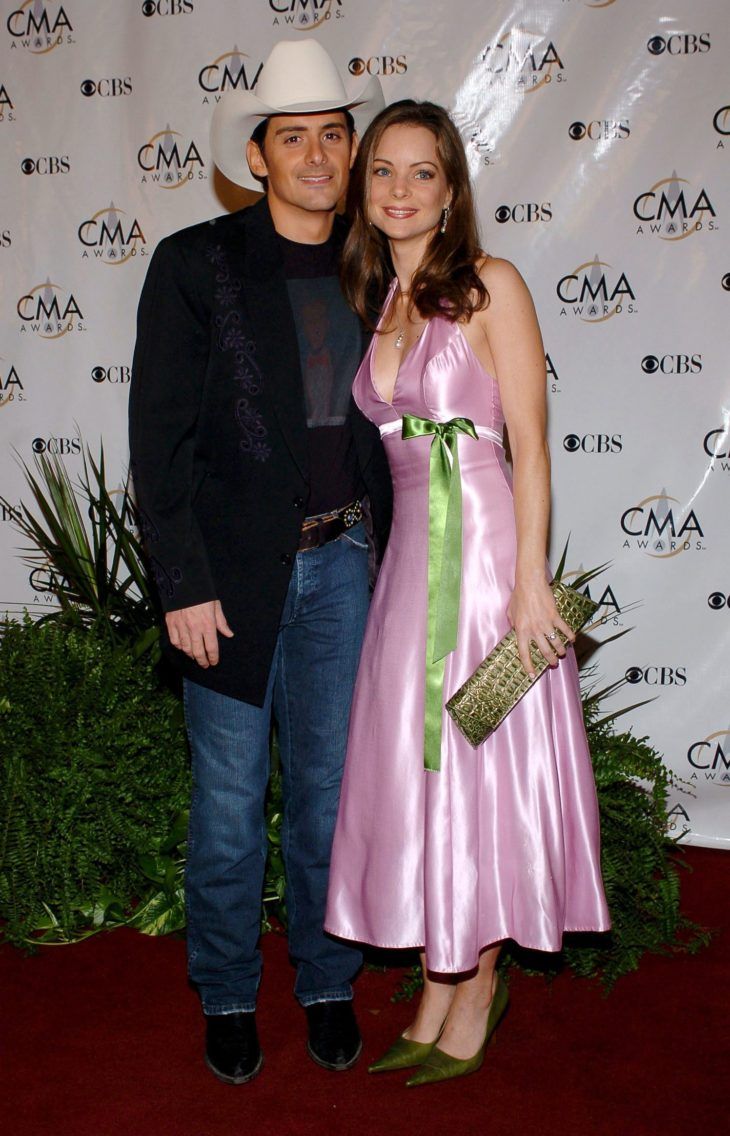 They might have had what is considered a “whirlwind romance” but there is no denying that Brad Paisley and Kimberly Williams are the perfect match and they have shared the secrets to their happiness. They stay down-to-earth, are always laughing with each other and keeping the love alive. “We both have healthy senses of humor. Anything I take myself too seriously on, she will gladly cut me down to size on and destroy all pre-conceived notions that I’m cool in any way,” Paisley said. Meanwhile Williams added, “No matter what happens in our marriage, we try to find humor in it, even on the darkest day. Brad’s always said, ‘If you can laugh about it one day, then why not start now?’ He always makes me laugh, so I am grateful for that.” She added, “I’ll have a glass of wine, Brad might have a cigar and we’ll talk. We just love being relaxed together at home. We make sure we have time together. Take breaks when we can and say ‘no’ to a lot. I’ve had to ask myself: What sparks joy? What do I feel I should do but don’t need to do? That has helped me.”

A post shared by Kimberly Williams-Paisley (@kimberlywilliamspaisley) on Jul 28, 2016 at 6:14am PDT

Celebrities live envied lives as individuals, but celebrity couples have no problem attaining the best of everything thanks to their dual incomes. With Paisley being one of country music’s biggest stars and Williams-Paisley being a popular actress it should not be surprising that their combined net worth is astounding, but how astounding? Together the famous duo have an estimated net worth of $105 million. Of that amount Brad Paisley brings in an estimated $95 million while Williams-Paisley adds her own $10 million. 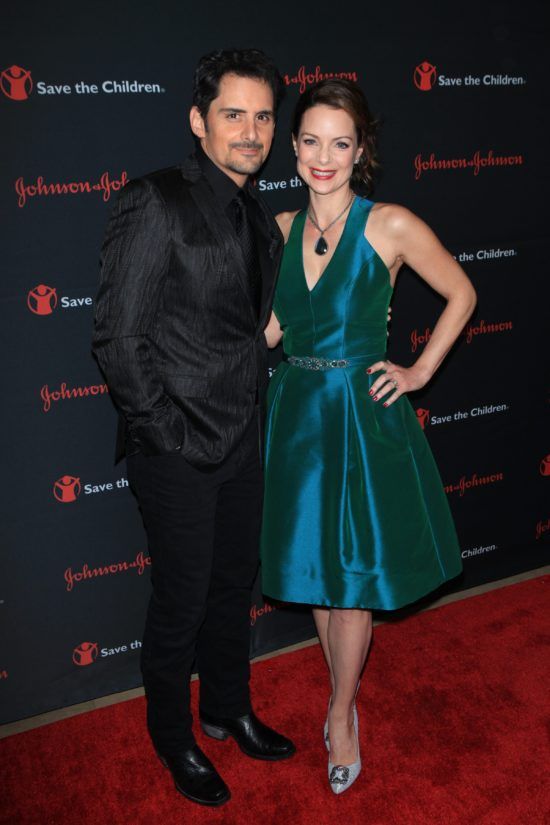 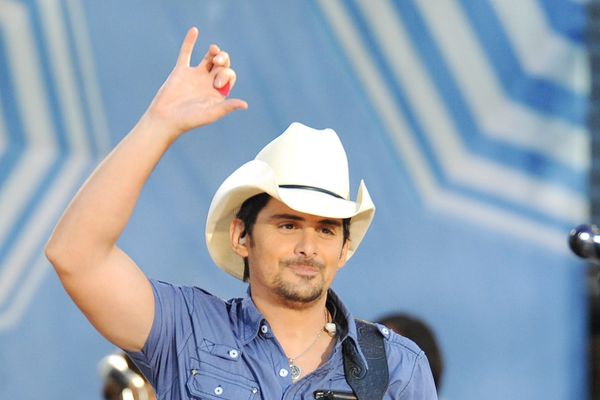