Brandon Beemer, who plays Shawn Brady, and Brandon Barash, who portrays Stefan DiMera, will be returning to Days Of Our Lives (DOOL) this spring.

Beemer was most recently seen on DOOL in February 2020, when he helped Rafe Hernandez (Galen Gering) track down his mother Hope Brady (Kristian Alfonso), who had been turned into Princess Gina. Reports indicate Shawn will be back in Salem in June.

Barash was recently seen in the DOOL spring preview video. In the preview, Gabi Hernandez (Camila Banus) catches a reflection of her late husband in a store window. Spoilers tease she will be convinced he is alive and will go on a journey to get to the truth. Will viewers see a Stabi reunion in the coming months?

Also appearing on DOOL in the coming weeks are Dasha Flynn — who will play Marta, a Salem University Hospital worker — and Christine Kellogg-Darrin will portray a character named Jeanne Marie, beginning on April 16.

As reported by Fame10, Kyle Lowder, who plays Rex Brady, will also be returning to the sudser this spring. No specific dates have been set yet for Shawn, Stefan and Rex’s return. But what will the three men be up to when they return to Salem? Keep watching DOOL to find out! 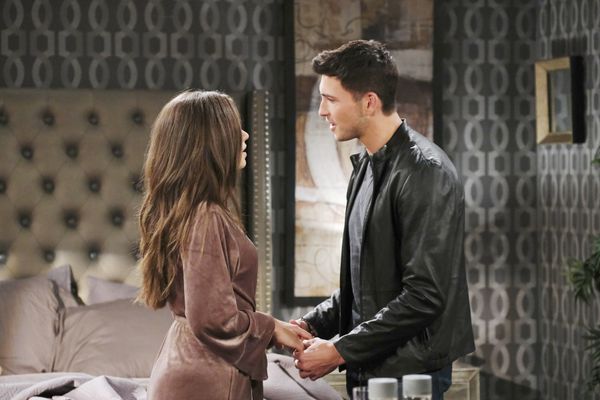