Country star Chase Rice was pretty angry about his appearance on The Bachelor, and the producers’ recent actions on how they handled his former relationship with Victoria Fuller.

The 34-year-old singer shared with Fitz in the Morning radio show on Monday, January 27, about his brief appearance. He explained that he and Fuller spent one night together, and he thought he was on a reality TV show to promote his new music as other musicians have done in the past.

In a teaser shown for Monday night’s episode, Bachelor star Peter Weber surprises Fuller with a concert during their one-on-one date. She later shares to Weber that she “dated” Rice, before telling him, “I can’t do this” and walks away.

The radio show hosts then asked Rice if he was caught off guard when Weber showed up with Fuller for the show’s date, and he quickly explained that he was “still surprised.”

“No, no, I was still surprised. I was pretty surprised,” Rice said, adding that he had expressed concern to his manager and publicist before agreeing to appear on the reality show, but they assured him not to worry.

“So I told my manager and my publicist, they were like, ‘don’t even worry about that,’” he said. “‘They’re not going to do that to you, that’s a weird coincidence, but they’re not gonna — there’s no way they would do that to you. They’ve never brought somebody else in like that, surprised the guest on the show.’”

Despite the reassurance, he had no idea that he would end up seeing Fuller.

“So the fact they did that to me, it’s over the top, it’s unnecessary, I didn’t expect it,” he continued. “But at the end of the day, it happened.”

“I don’t know if it’s the producers, or if they just got lucky. I know what I think, but I’ll let everybody else figure out what they think,” he said, admitting that he “was really pissed off” because he agreed to perform on the show for the sake of his music, not for the show’s drama.

“I was just going on there to try to promote ‘Lonely If You Are’ and ‘Eyes on You,’” he said, “and I wanted absolutely nothing — if there’s anything I ever wanted, it’s to have nothing to do with the drama of that show.”

When asked if he would ever consider being a contestant for the Bachelor, Rice said that there’s “not a shot in hell,” and jokingly said he would “do it for a billion dollars” if he was asked.

“For one, I’m not looking for love right now. I don’t even want that right now, for my own personal life. So why would I do that?” he told the radio show’s hosts. “Two, I don’t want to put who I am in the hands of somebody else, which would be a producer, which I did before. I did it with Survivor, and I learned that that’s how that goes. You put who you are and how they make you look in the hands of somebody else.”

Before his brief appearance on the show aired, he told PEOPLE that he was involved in “an extracurricular activity that [he] wasn’t expecting” for the show.

“I was involved, and I was involved more than I wanted to be involved with,” Rice said at the time, adding that he has no desire to find love on The Bachelor. “I will not be engaged and I will not be the next Bachelor, I can set that straight right now.”

The Bachelor airs Mondays at 8 p.m. ET on ABC. 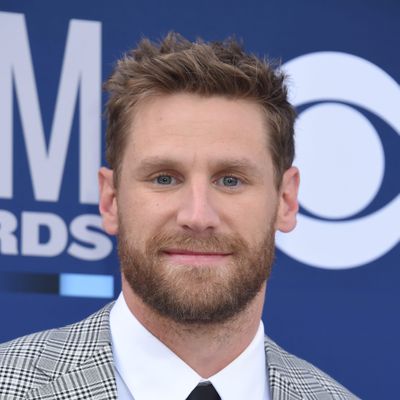