Chyler Leigh, best known for her role of Lexie Grey on Grey’s Anatomy, is opening up about her experience reprising the role for season 17.

Leigh opened up with Entertainment Tonight about how she felt returning to the role for the first time in nearly a decade. “It was a really interesting experience just because I did have to film it up here in Canada because you can’t travel back and forth to the [United] States,” the actress said. “So all of my stuff was done on basically green screen. And we’re not sitting on the rocks. I was sitting on an apple box, and I was talking to tennis balls. So in that sense, it was interesting.”

“But understanding there are dynamics between [my character] Lexie and [Ellen Pompeo’s character] Meredith, and then Lexie and [Eric Dane’s character] Mark. It was really special to be able to be part of it and especially telling such a powerful story,” she added.

Lexie also touched on how special it was to be a part of a season that pays tribute to first responders and healthcare workers. “To be part of that was obviously very special,” she continued. “And to be able to close the chapter for Lexie, and to appear in a way where she’s not eaten by wolves. Kind of bring a little life back to it … It was a special experience to be able to be part of that.” 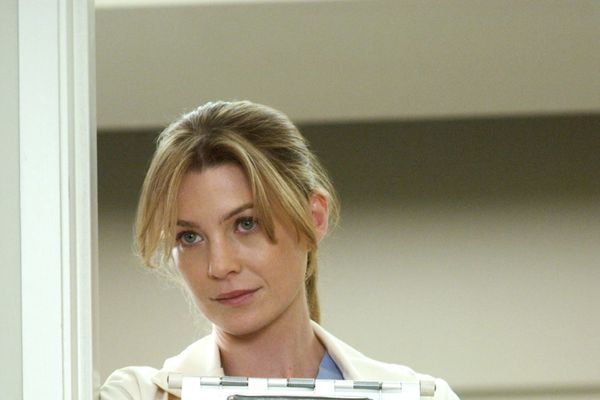