Days Of Our Lives Weigh In: Should Brady Leave Kristen?

After years of drama, scheming, and manipulation, Kristen DiMera was about to finally live out her happily ever after. She snagged Brady and was able to conceive, carry, and give birth to a baby girl of her own. The two seemed as if they were on their way to living their best lives as a family of three with little Rachel until circumstances brought Brady back to Salem, and landed Kristen in jail. The couple has been holding things together for about six months now; however, things are currently ripping at the seams.

Is it realistic to believe that Brady should “wait” four-and-a-half years for DiMera’s release so that the two can be together? He seemed to be doing okay until his ex-wife strolled back into town. With Chloe Lane’s return, a ton of question marks have arisen.

Should Brady and Kristen break up? They do have a daughter together; however, the two aren’t married, and never made an official commitment to each other. While Kristen hasn’t exactly done anything to betray Brady, giving herself up to allow Lani to remain prison-free wasn’t a sacrifice that she talked over with Black.

Young And The Restless Plotline Predictions For The Next Two Weeks (January 18 – 29, 2021)

In fact, it was a decision she came up with on her own. While it was noble of her to do so, taking time away from her only child during Rachel’s pivotal younger years — missing out on holidays, some “firsts” in the little girl’s life, as well as the highs and lows of parenting a young child – might have been a decision she took too lightly without fully evaluating the repercussions of her actions. Plus, Brady never got a full say in DiMera’s choice.

Young And The Restless Spoilers For Winter 2021

If the roles were reversed, would Kristen have supported Brady if he placed friendship before family? Knowing DiMera, she probably wouldn’t have. Brady is now the sole parent responsible for Rachel. That means he enjoys the “fun” moments, but also the “hard” times of being a single father to a young child. This can take a toll on any man or woman.

Should Brady Black leave Kristen DiMera? There are worse things Brady has done over the years. Breaking up with a woman who has murdered someone, not to mention the other crimes she’s committed over the years (to Brady and his family) can’t be that bad, right? Maybe it’s karma rolling around to bite Kristen in the butt for all the “bad deeds” she’s done over the years?

Young And The Restless: Plotline Predictions For Winter 2021

Those fans who love the super couple and want to see them last the long haul may venomously say no; however, those viewers who may believe that Brady has other romantic options he should be free to explore – looking at you, Chloe, Nicole, and maybe Gabi – may see breaking up with Kristen as a good thing. 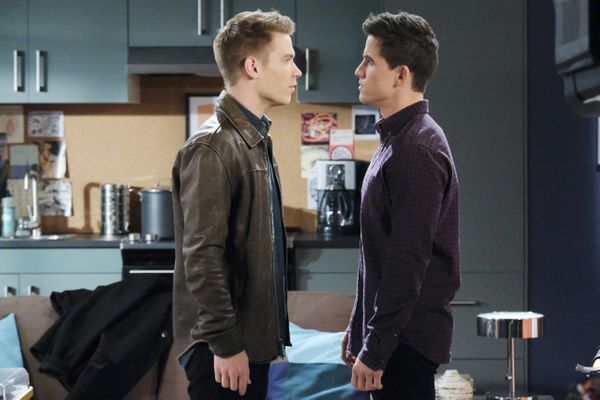