The pregnant Duchess of Sussex’s health and safety is the main concern during her 16-day royal tour with husband Prince Harry, and on her recent visit to a Fiji market had to be cut short due to a “security risk” according to multiple reports.

Meghan was supposed to visit the Suva Municipal Market for about 15 minutes and hear from vendors while learning more about Markets for Change, which is a United Nations project dedicated to female empowerment. Unfortunately after only six minutes, security stepped in and whisked her away after determining that the large crowds were too much of a hazard.

The shortened visit comes after Kensington Palace announced that the Duchess would be “cutting back” during the rest of the tour after an exhausting first few days. “After a busy programme, The Duke and Duchess have decided to cut back The Duchess’s schedule slightly for the next couple of days, ahead of the final week and a half of the tour,” the statement said.

Of course, the entire tour kicked off in Australia with the palace happily announcing that Prince Harry and Meghan are expecting their first child together.

After a week in Australia where they helped kick off the Invictus Games, the royals headed to Fiji where they dined with President of Fiji Jioji Konrote as well as First Lady Sarote Konrote and Parliament Speaker Dr. Jiko Luveni.

Next up on their royal tour, the couple will visit Tonga and are then off to New Zealand where they will end the tour. 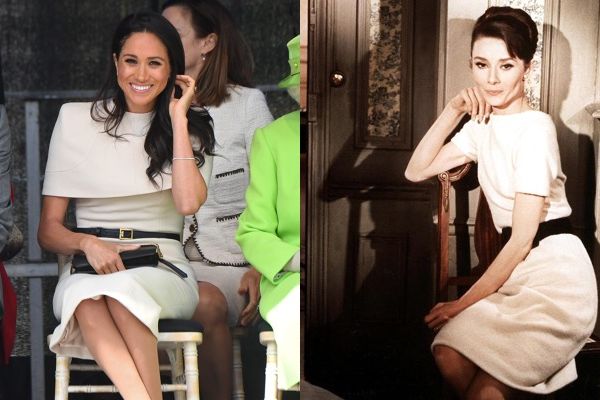 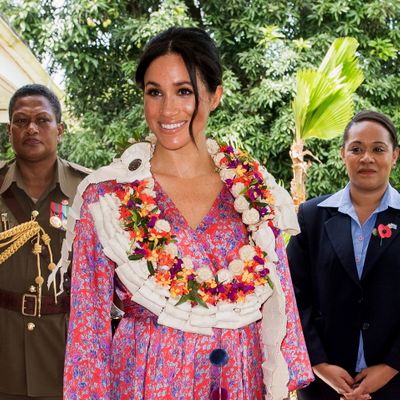