Former Bachelor Colton Underwood had one very dramatic season, but in the end he ended up with his dream girl Cassie Randolph, but only because he figured out how to trick The Bachelor’s producers!

While sitting down for a recent episode of This American Life podcast, Underwood, opened up about his time on the show, and how he figured out how to get the dates he wanted. They always asked to rank the girls. And very early on, Hannah [Godwin] was up there. And she got left off of a date,” he explained. “I sort of recall remember feeling a little burnt when they did that. I was like, ‘So let me get this straight. Hannah’s number one on my list right now, and she’s not getting a date this week?’”

He realized what the producers were up to, so he put his own twist on the manipulation. “So from there on out, I was like, ‘All right, if you’re going to do that to my top girls, I’m not really going to tell you who my top girls are, because I don’t want you messing with them,’” he continued. “So in a weird way, I tried to defend myself and defend the girls by not being truthful to them who my top was.”

Despite his “trick” working, it ended up coming back to haunt him because producers never realized how much he liked, or loved, Cassie because he wasn’t honest about his rankings. ““I think that it backfired because then they were like, whoa, we thought it was Hannah because you kept telling us even on your list, when you’d rank them, Hannah’s one.”

He added, “I was thinking I just got screwed. I was thinking that that wasn’t her doing. I know what the format of the show is. And for me hearing, ‘Hey, by the way, my dad came back,’ really sparked something in me. I was like, OK. So I don’t have the control I thought I had. If I feel like my relationship’s going to be messed with or toyed with at all, I’m going to be done. Especially at this point, I’ve completely fallen in love. I’ve completely, like, gave myself all to her. I mean, I had nothing to lose at that point besides the girl and the woman that I wanted to spend the rest of my life with.”

In the end, he knew Cassie was going to break up with him because their dinner was so much different than the other dates, and because ABC flew Cassie’s dad out to Portugal. “Normally, during the dinners and during that, the producers are sort of hovering, or they’re around to help the conversation flow,” he said. “When we had that dinner, there wasn’t a producer in sight…Everybody else ran. And they didn’t want to be near it because I think they knew that I knew.” 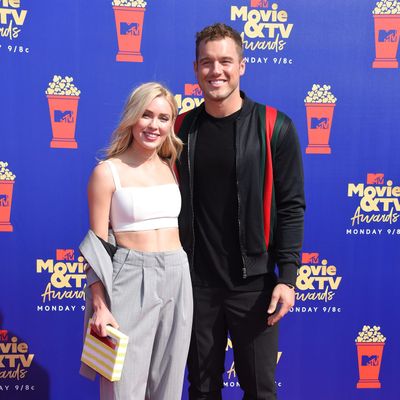