Although Ryan Edwards and his wife Mackenzie Edwards will no longer be appearing on MTV’s Teen Mom OG, it seems Mackenzie is having a hard time leaving the show in the past.

As MTV gears up for the return of the show with two new stars Bristol Palin and Cheyenne Floyd joining Maci, Amber and Catelynn, Edwards took to her Instagram to blast the show. In the comments section on one of her recent posts on Instagram Edwards, who is currently expecting her first child with Ryan, began responding to viewers.

“[‘Teen Mom OG’ is a] lame, fake, boring and scripted TV show that uses people’s life issues as a way to gather money and ratings,” she wrote to a follower.

When someone responded asking why she would be a part of the show if it was so fake and boring, she replied, “at the time I went into things blindly and unknowingly and I am very sad at the outcome,” and added “It was  learning curve.”

Previous to her outburst, Mackenzie took to her Instagram Live last month while Ryan’s parents Jen and Larry were shooting a segment for the show and posted a photo of them filming along with the caption, “‘Family Time’ set up by MTV FAKKKKKKKKEEEEE.”

As previously reported, Ryan and Mackenzie confirmed they would not be returning to the show, but his parents Jen and Larry would keep filming. “We’re not returning to Teen Mom this season. The network told us they don’t want to show Ryan as a recovering addict,” Standifer told E! News at the time, claiming that MTV “did want to enter a contract with our unborn baby and have the baby film with Ryan’s parents so it would look like someone else is raising it.”

The Ashley however is reporting that the real reason the couple isn’t filming on Teen Mom OG anymore is because Ryan’s ex Maci refused to “continue on with the show if Ryan was allowed to appear on the upcoming season.” When producers had to choose between filming Maci and her family with husband Taylor McKinney, or Ryan and Mackenzie and their growing family, producers chose Maci. 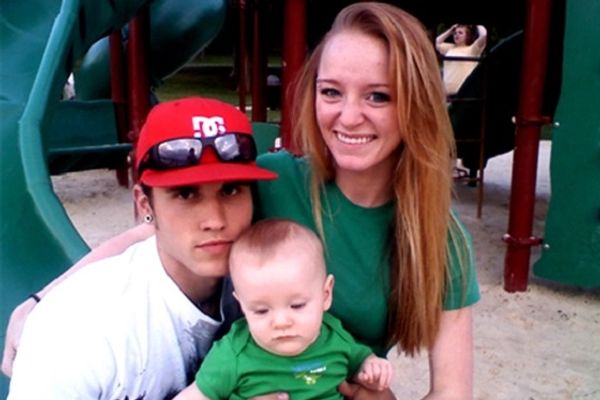