When Fiji Water set up promotional model Kelleth Cuthbert on the Golden Globes red carpet last month, the company probably was not expecting the frenzy it created, and now they are in legal trouble from Cuthbert herself.

At the 76th annual Golden Globe Awards, Cuthbert quickly went viral as she ended up photobombing several of Hollywood’s biggest stars while holding her tray of Fiji Water but now she is suing Fiji Water and its parent company, The Wonderful Company, for trying to capitalize off of her.

On January, 8, 2019 it seems Fiji Water tried to negotiate an agreement with Cuthbert via her agent but the cardboard cutout was already being used for promotion and quickly gained ground after a paparazzi shot of John Legend leaving Bristol Farms in West Hollywood shows the cutout in the background.

She also alleges in the documents that Fiji offered her “gifts to entice” her permission and “pressured Steinbach into video recording a fake signing of a fake document to simulate Steinbach signing on as a Fiji Water Ambassador.”

Her legal team claims those documents were not an agreement — Cuthbert eventually destroyed the papers — and despite Fiji knowing they were not official, they began capitalizing off of her image and likeness, according to The Blast. As a result, the model is asking that the cardboard cutout stops being used and wants pay for monetary damages.

Fiji Water however is standing their ground and released a statement refuting the claims.

“This lawsuit is frivolous and entirely without merit. After the Golden Globes social media moment, we negotiated a generous agreement with Ms. Cuthbert that she blatantly violated. We are confident that we will prevail in Court. Throughout our history, we have had a sterling reputation working with talent.”

Following the Golden Globes, Cuthbert’s notoriety led her to land a single episode role on the CBS daytime drama The Bold & The Beautiful. 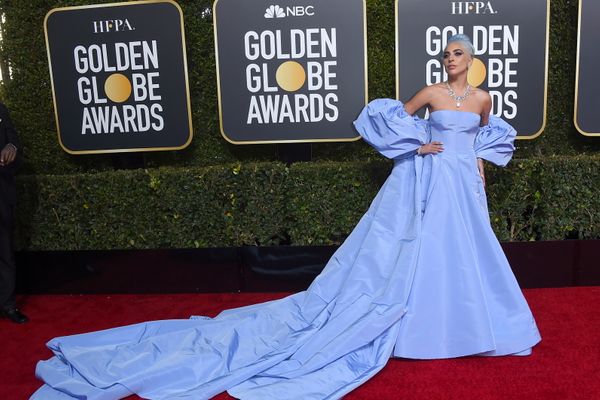