Kate Walsh, who starred as the infamous Addison Montgomery on Grey’s Anatomy, made her claim to fame as the character that every fan loves to hate.

Walsh starred in Grey’s Anatomy as McDreamy’s wife and showed up in a shocking entrance just as the romance between Meredith and Derek was starting to take flight. When reflecting on this pivotal moment, Walsh commented,”I got more calls and attention from that 60-second scene than anything in my career before. Isn’t that funny?”

Walsh continued, “Everyone hated me, but at that time there was no Twitter. There were chat rooms, but I never really went on them. I kind of liked being the Wicked Witch from the East. Or the wicked bitch. Shonda [Rhime’s] really gifted at flipping every character that’s seemingly awful. It’s a great lesson in how to have compassion for people that you initially hate.”

Despite the initial uproar from fans, Walsh’s character softened and eventually won the hearts of many, even getting her own spin-off show Private Practice. When asked if she still keeps up with the show and if she was surprised by any of the plot twists, Walsh revealed, “Well, I was surprised when they killed off Patrick [Derek Shepherd]. It had been so long and I was like, ‘Oh, really?’ And I tuned into that episode. It was like, ‘Oh, I guess I should watch this.'” 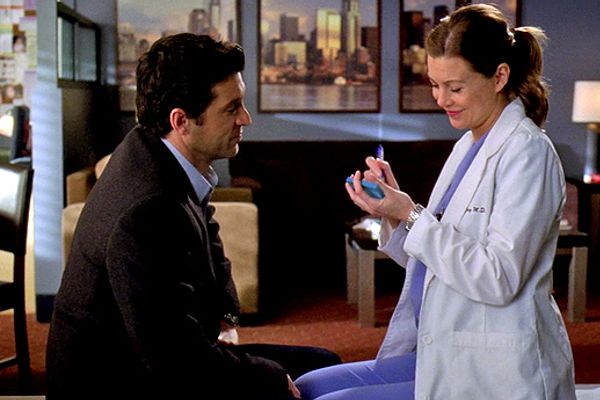