After almost 17 years of marriage, Kevin McKidd and his wife Jane are ending their relationship.

The 42-year-old star, who plays Owen Hunt on Grey’s Anatomy, married his wife Jane in 1999. The couple have two children together, 16-year-old son Joseph, and 14-year-old daughter Iona.

According to a joint statement from the actor’s representative, “Kevin and Jane have jointly decided to end their marriage. They look forward to continuing to co-parent their children, who have been their top priority, and will to continue to enjoy a close and caring relationship.”

A report from TMZ claims the couple had separated last October and were unable to rebuild their marriage. Jane filed for legal separation shortly before their wedding anniversary on July 1. Jane is seeking joint custody of their children in addition to spousal support.

McKidd joined the cast of Grey’s Anatomy in season five, and has signed onto the show’s upcoming 13th season. The actor has also done voice-over work for animation films, including his roles as the characters Lord MacGuffin and his son Young MacGuffin in the Disney and Pixar film Brave.

The Scottish actor was granted American citizenship last year, and currently lives in Los Angeles with this family. 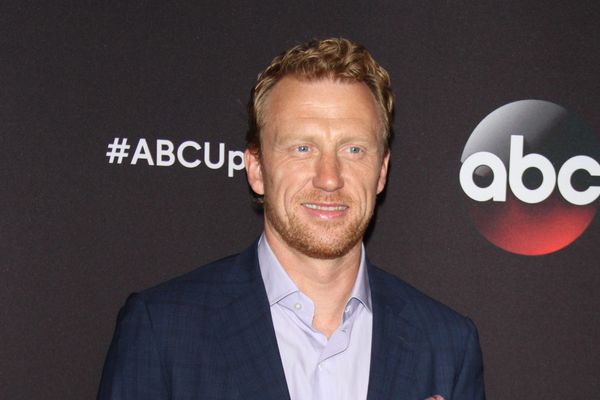