Country singer Jake Owen shared a shady song he wrote about former Bachelorette star Hannah Brown on Thursday. January 9 – and she was not happy about it. She and Bachelor Nation host Chris Harrison, who liked the song, went back and forth on Twitter about Owen’s song.

“Monday night, my girlfriend had the damn TV on and all you heard about on the new Bachelor was Alabama Hannah, it was just Alabama Hannah everywhere. She won’t go away,” Owen began in a video referencing Brown’s appearance on the premiere of Peter Weber’s season of The Bachelor. “Believe it or not, I met her on the last season of The Bachelorette, I played ‘Made For You’ for them in I think it was like Rhode Island or something. She’s a cool girl.”

Although the 38-year-old country singer said the song is “not even a dig at the actual Alabama Hannah,” he mentioned that the song is a take on Weber’s point of view.

“I been out here in California, I’ve been soaking up the sun / There’s lots of pretty ladies, and I can’t pick just one,” the lyrics read. “I’m flying high, I got peace of mind, I already raised the bar / Now you’re showing up here tonight, who do you think you are? / Alabama Hannah won’t you roll on with the tide. … Alabama Hannah, honey, get out of my life.”

After Owen’s referred to Brown as a “beauty queen” and “dancing star,” the country singer then referenced the exes now-infamous overnight windmill date.

“Well I guess you think you messed up since you seen me moving on / Thinking we could pick up, right where we left off,” Owen sang. “But you got to lay in the bed you made, and I hate to let you down / Girl this ain’t no windmill, we can’t go round and round.”

Harrison tweeted that he was a fan of Owen’s song, writing “My man @jakeowen speaking his truth to Hannah B on behalf of Peter #TheBachelor.”

The former Bachelorette then responded to his message writing, “Better just be his truth Christopher. I’m not just chop liver now—you still have to love me and try to understand my mess. @chrisbharrison.”

The next day, the iconic Bachelor franchise host cleared the air and said that he still loves Brown.

“Haha you know I’ll always love you girl, you’re family and family sticks together through the good the bad and the mascara…” Harrison tweeted on Friday, January 10. “Now that’s a country song.”

Just right before Harrison praised the song, Brown appeared to like the song herself.

“It’s hilarious and even though it’s like a diss at me the whole time, I was tapping my foot along to it and laughing. You need to check it out!” Brown said via her Instagram Stories on Thursday, January 9. “Jake, let me know when you need me for the music video.”

The Bachelor air every Monday at 8 p.m. ET on ABC. 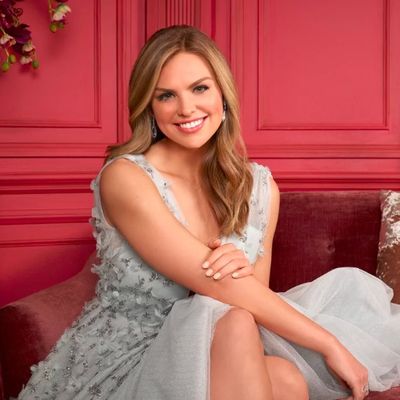