Ben Higgins has claimed that he wants to find love again following his split from Lauren Bushnell, but many members of Bachelor Nation have some doubts.

Higgins and Bushnell announced their split last May after a year together following season 20 of The Bachelor. In this time, Lauren moved into Ben’s home in Dever and the couple was the center of a reality TV show entitled Ben & Lauren: Happily Ever After. After taking some time for himself to recover, Higgins is now officially back in the dating game on Bachelor Winter Games following their May 2017 split.

“The Bachelor worked for me. I fell in love. By the end of the show, I knew I was in love with Lauren and I proposed to her. That was the happiest day of my life. But, Lauren and I faded apart. We broke up in May of 2017,” Ben said of his split in the premiere episode. Ben continued by admitting that “the breakup still hurts, I still feel it,” but added that he’s “ready to turn the — to find myself again with somebody.”

Unfortunately, the first episode made it quite clear that Ben wasn’t as ready as he initially thought and many of the women questioned his intentions. “I don’t know what the others girls are voting on, but I look at guys like, gosh, Ben. He has this great presence of him, but I have concerns because he was recently heartbroken,” Bibiana admitted of Ben. “Is he really at the state where he can talk to anyone? Or even just emotionally available?”

“I still find myself defending Lauren and our relationship,” Ben said through tears on the promo for future episodes. “As much as I’ve moved on, and I have — I promise that — but for me, it breaks you every day.”

We’ll just have to see if Ben finds his happy ending on The Bachelor Winter Games which airs Tuesdays and Thursdays on ABC. 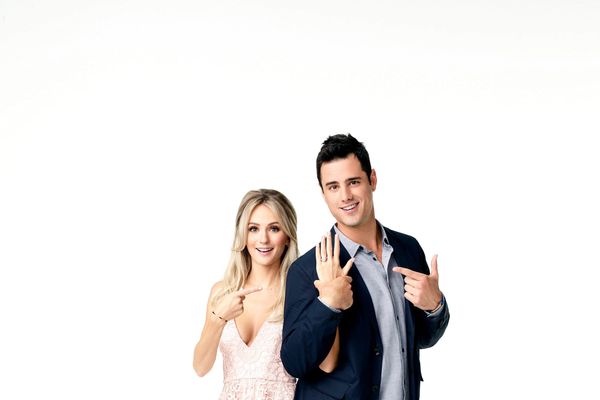 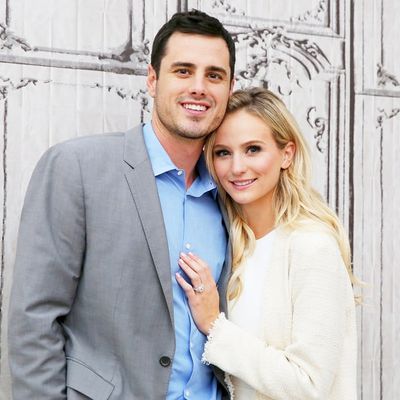