Jared Padalecki is addressing the drama that occurred when he learned that his former Supernatural costar Jensen Ackles was working on a prequel without his knowledge.

Padalecki recently spoke to The New York Times about the misunderstanding and cleared the air on what really happened. “I hadn’t heard of it, and then he and I chatted [the next morning]. He just kind of explained: ‘Man, it’s not picked up yet. It’s not even written yet,'” explained Padalecki, who played Sam Winchester on Supernatural.

“He knows and I know how much Supernatural means to both of us, and it wasn’t a secret he was trying to keep, necessarily. It was just something that he didn’t feel really even existed yet. But he has been like: ‘Hey, I’ll let you know what’s going on.'”

He added, “I love Jensen deeply. He’s my brother — he has been for many years, and he always will be, no matter what. He’s spent more time with me on camera than anybody probably ever will, so he knows my strengths and weaknesses more than I do, and vice versa. I respect his opinion.”

The two actors starred on Supernatural together from 2005 to 2020 for 15 seasons. Deadline first reported in June that The CW planned to develop a Supernatural prequel series titled The Winchesters. Ackles would act as an executive producer and narrate the show as his former character Dean Winchester.

At the time, Ackles tweeted out a link to Deadline’s article and Padalecki reacted to the news expressing his surprise. “Dude. Happy for you,” he wrote. “Wish I heard about this some way other than Twitter. I’m excited to watch, but bummed that Sam Winchester had no involvement whatsoever.”

Many fans thought Padalecki was joking, however, he clarified that he was serious saying: “No. It’s not. This is the first I’ve heard about it. I’m gutted.”

The next day, Padalecki set the record straight after chatting with Ackles directly. “@JensenAckles and I had a great talk, as we do often, and things are good. The show is early in the process with miles to go,” he tweeted. “We’ve travelled a lot of roads together, and sometimes those damn roads have bumps. Bumps don’t stop us. Once brothers, always brothers. #spnfamily.” 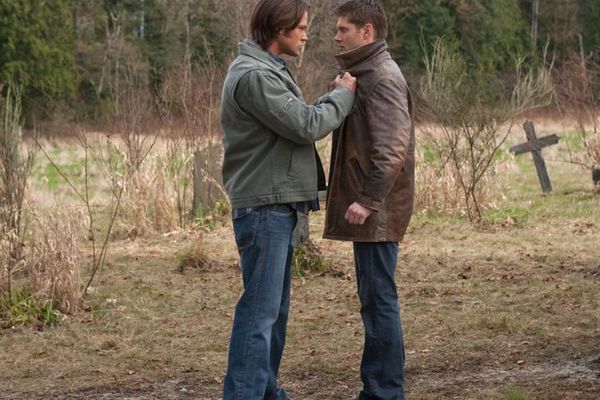