It looks like Teen Mom 2 costars Jenelle Evans and Kailyn Lowry won’t be making up any time soon.

On Friday, December 21, Evans took to Instagram to reveal that Lowry had sent her a “peace offering” in the form of products from Lowry’s new hair care line called Pot Head. Instead of accepting the gift, Evans set it on fire in the intense Instagram video.

“Been debating whether to upload this, but I feel like the time is appropriate. Kail Lowry , for years you’ve been super jealous and envious of all us girls on the show,” Evans wrote in the caption alongside the video. She continued, ” You try to make your way into the group, then turn into a mean ass person when it came down to me. You apologize on/off, claim I need to be apologizing sometimes, then talk shit constantly about me and my husband to the tabloids?! THEN you had the balls to send me a PEACE GATHERING GIFT?!”

“Don’t send me gifts and then go talk shit AGAIN!!! Wow, you’re an idiot cuz this is what I do for gifts sent from fake ass bitches like you. Stay our of my life, go worry about your own,” she concluded.

It seems most of Evans anger as she mentioned in her caption comes from comments that Lowry recently made on her podcast about Jenelle’s husband, David Eason who has already been fired from Teen Mom 2 because of homophobic and transphobic remarks he made earlier this year.

“I definitely think that David is a danger to people,” Lowry said. “All people, his children and wife included. I definitely saw what was on his Instagram story and I couldn’t even watch like it in its entirety because I was like so blown away and taken away by it.”

“I reached out to Jenelle — whatever number I had for Jenelle — and I just was like, ‘Hey, I know we don’t see eye to eye. I’m just checking on you to make sure you’re okay.’ The response I got from someone else was I guess they recycled Jenelle’s number and someone else had it and so that was a little sad. I also tagged her on Twitter because I told her I reached out but also she has me blocked so I don’t know.

“Basically what I saw was that he hashtagged Trump and Nancy Pelosi I think and was shooting at targets and stuff like that,” she continued. “I definitely think that he’s unstable and I reached out to a producer on the show and asked if we had confirmation if Jenelle was okay and I never got an answer on that.”

“You’re setting yourself up for — you don’t know who’s watching,” Kail said. “Someone might — I don’t know — and I don’t really want to say what could happen ’cause I don’t want it to, like, plant ideas. But that’s, like, super completely irresponsible. I just think that, maybe, he needs a psych eval.” 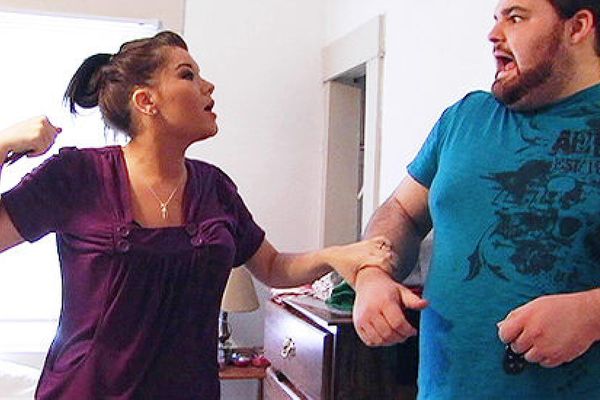