Empire star Jussie Smollett was charged on Tuesday, February 11, by a special prosecutor who alleges the actor made an intentionally false report which claimed he’d been the target of a racist, homophobic early morning attack on a Chicago street last year.

The six new charges revive the disorderly conduct allegations previously filed and then dismissed in the case, and alleges that Smollett “knew at the time … there was no reasonable ground for believing that such an offense had been committed” when he insisted to police that he had been assaulted by “two unknown offenders.”

Dan Weber, a special prosecutor, confirmed the new charges in a news release, according to the Chicago Tribune.

In response to the recent indictment, the actor’s lawyer Tina Glandian released a statement, reading, “This indictment raises serious questions about the integrity of the investigation that led to the renewed charges against Mr. Smollett, not the least of which is the use of the same CPD detectives who were part of the original investigation into the attack on Mr. Smollett to conduct the current investigation, despite Mr. Smollett’s pending civil claims against the City of Chicago and CPD officers for malicious prosecution.”

Smollett’s lawyer added: “And one of the two witnesses who testified before the grand jury is the very same detective Mr. Smollett is currently suing for his role in the initial prosecution of him.”

“After more than five months of investigation, the Office of the Special Prosecutor has not found any evidence of wrongdoing whatsoever related to the dismissal of the charges against Mr. Smollett,” Glandian continued. “Rather, the charges were appropriately dismissed the first time because they were not supported by the evidence. The attempt to re-prosecute Mr. Smollett one year later on the eve of the Cook County State’s Attorney election is clearly all about politics not justice.”

Smollett was originally charged in March 2019 with 16 counts of disorderly conduct for allegedly filing the false report where he claimed two men attacked him on January 29, 2019, who yelled racist and homophobic slurs.

He pleaded not guilty to the allegations that he lied to the police about the attack, which authorities later claimed he had staged the incident with two acquaintances of his to draw attention to himself.

The same month, the charges against Smollett were dropped by the office of Cook County State’s Attorney Kim Foxx. Even so, the state’s attorney’s office did not fully withdraw from its initial decision to file charges or otherwise address whether prosecutors still believed he staged the attack, saying they “stand by Chicago Police Department’s investigation and our approval charges.”

The actor has denied doing any wrongdoing.

After the charges were dropped, Smollett told reporters, “I’ve been truthful and consistent on every single level since day one.”

“I would not be my mother’s son if I was capable of doing what I was accused of,” he added.

After the incident, his character on Empire, Jamal Lyon, was written off the show. The show’s creator, Lee Daniels, confirmed in June that Smollett’s character would not return for the show’s sixth and final season on FX. However, showrunner Brett Mahoney previously said that the actor’s character could make one last appearance. 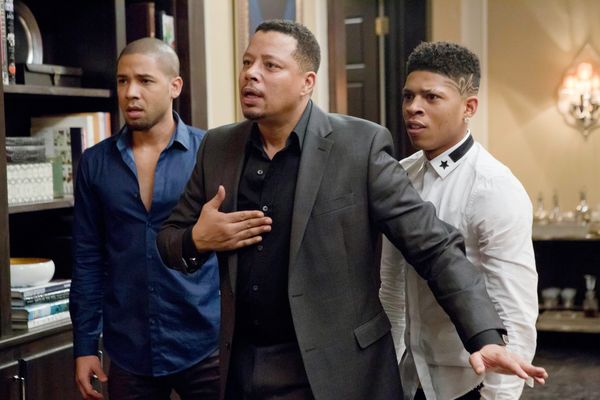