Saying goodbye, officially, to Dr. Alex Karev may have been one of the hardest things for fans of Grey’s Anatomy. The Thursday, March 5, episode of the long-running ABC medical drama series revealed that Justin Chambers’ character had left his life in Seattle behind for Izzie (Katherine Heigl) and their two children.

Many fans on social media weren’t thrilled about how Alex’s sudden departure was explained, but there was a reason why the character was given that exit as opposed to being met with a violent ending.

“The reason he wasn’t killed off is because Shonda Rhimes is leaving the door open for a return, in any capacity, if he wants to come back,” a source told Us Weekly.

In January, Chambers announced he was leaving Grey’s Anatomy in a statement that explained he wanted to move on to other projects after starring on the show for 16 years.

“Justin has struggled for years because of the grueling schedule of filming Grey’s,” the source said of the show’s work schedule that can often go about 14 hours a day. “It has taken a toll.”

Another insider added that Chambers’ exit “had nothing to do with the show, cast or producers,” but simply wanted to take care of himself.

“That is as true for me and for all of the writers at Grey’s Anatomy as it is for the fans. We have loved writing Alex. And we have loved watching Justin Chambers’ nuanced portrayal of him,” showrunner Krista Vernoff said in a statement obtained by Us Weekly, following the episode. “For 16 seasons, 16 years, we have grown up alongside Alex Karev. We have been frustrated by his limitations and we have been inspired by his growth and we have come to love him deeply and to think of him as one of our very best friends. We will miss him terribly. And we will always be grateful for his impact, on our show, on our hearts, on our fans, on the world.”

While Camilla Luddington, who plays as Karev’s now-ex-wife, has yet to speak out about the send-off, has posted a photo on Instagram of her reading a new script on Saturday, March 7.

When a fan commented that they can’t wait to see what happens next for her character, Luddington was quick to respond, “The scripts for Jo this season are [shock emoji]! JUST. WAIT.” The next day Luddington then announced she was expecting her second child in real life, making many wonder if that was going to play into the show. 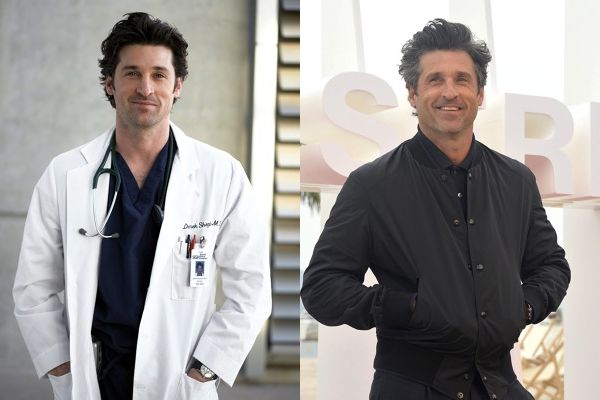