A special piece of royal artwork was unveiled on Thursday!

The artwork was the Duke and Duchess of Cambridge’s first official joint portrait. The royal couple was in attendance for the official unveiling of the painted piece during a visit to the region of Cambridgeshire, which is a county in the City of Cambridge.

William and Kate have a special connection to this county since it is the namesake region of their titles. Queen Elizabeth granted the titles of Duke and Duchess of Cambridge to the couple on their wedding day in April 2011.

During their visit, William and Kate visited the University of Cambridge’s Fitzwilliam Museum where they viewed the painted artwork as it was revealed to the public for the first time. The piece was commissioned in 2021 by the Cambridgeshire Royal Portrait Fund as a gift to Cambridgeshire. It was painted by British portrait artist Jamie Coreth.

“It has been the most extraordinary privilege of my life to be chosen to paint this picture,” Coreth shared. “I wanted to show Their Royal Highnesses in a manner where they appeared both relaxed and approachable, as well as elegant and dignified.”

“As it is the first portrait to depict them together, and specifically during their time as The Duke and Duchess of Cambridge, I wanted the image to evoke a feeling of balance between their public and private lives. The piece was commissioned as a gift for the people of Cambridgeshire, and I hope they will enjoy it as much as I have enjoyed creating it,” he continued.

In the portrait, Kate is wearing her iconic emerald dress that she wore during the couple’s visit to Dublin in March 2020. William is wearing a black suit paired with a teal tie.

Check out the gorgeous portrait of the couple below: 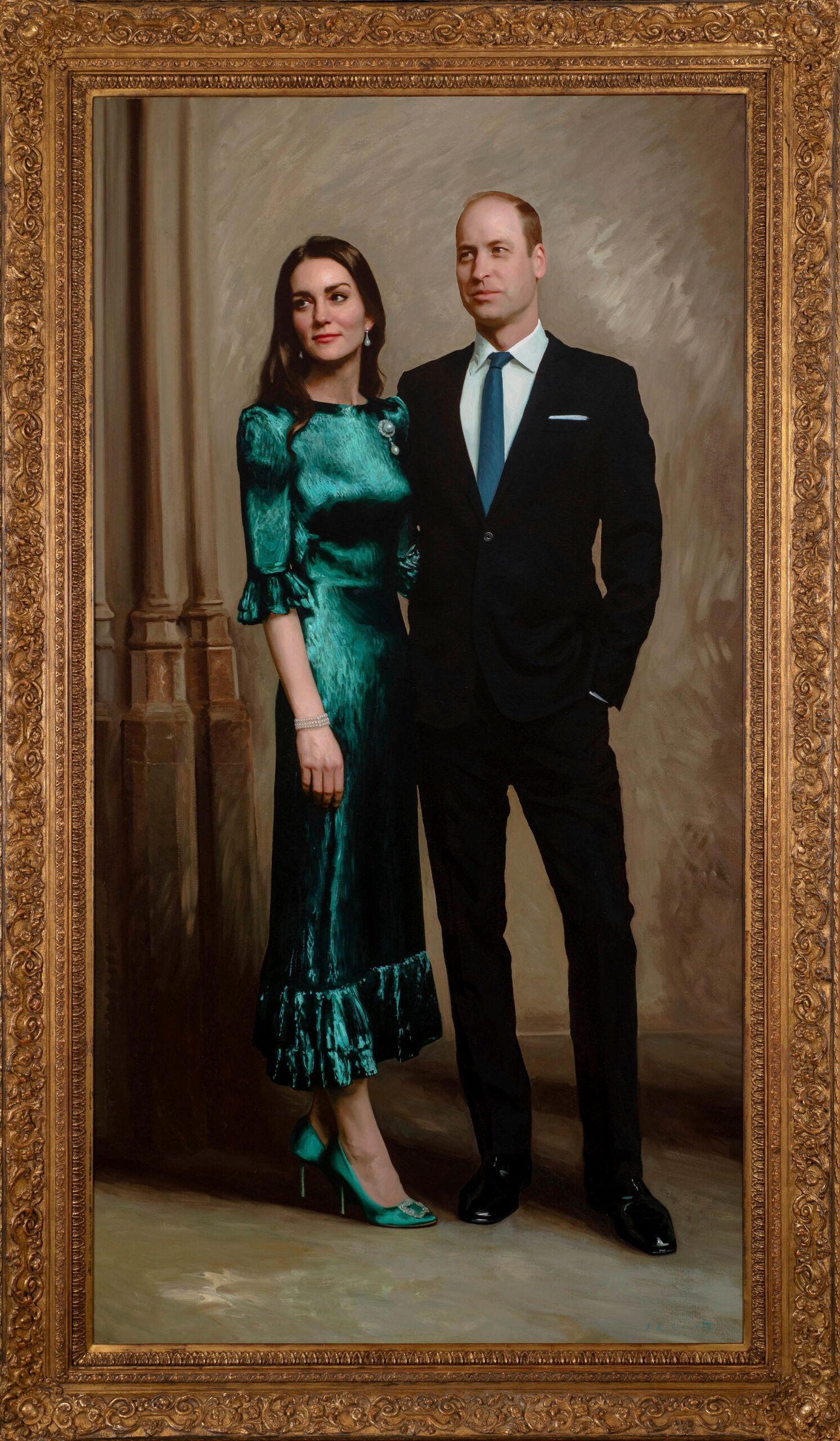 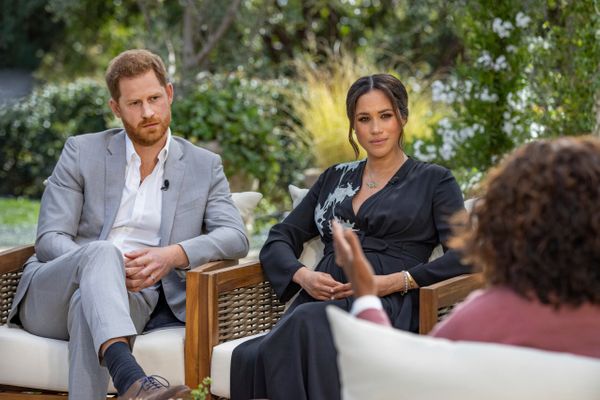 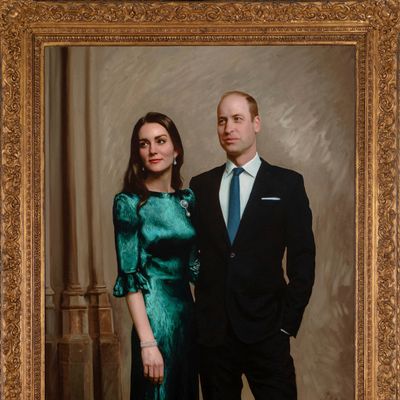