Kristian Alfonso Reveals Her Final Airdate On Days Of Our Lives

Kristian Alfonso has revealed when her final airdate on Days of Our Lives is!

She’ll be appearing on the sudster for the last night on Wednesday, October 14. She announced the news via Twitter.

Alfonso announced in July that she was leaving Days after 37 years. “I feel blessed and honored to have been invited into people’s homes for over three decades. However, it is now time for me to write my next chapter,” Alfonso wrote on her Instagram page. “I will not be returning to Days when it resumes production in September. I’ve already filmed my last episode several months ago.”

Shortly after making this announcement, she revealed why she decided to leave. According to her, producers were planning to write her character, Hope Brady, off for four to five months. Then they were planning to have her return and have a storyline with a Navy Seal. This made her realize that it was time to go.

“And at that moment I thought to myself, you know what, it’s time for a change and it was the perfect moment to make that decision,” she told Entertainment Tonight. “I was taken aback when he said that they wanted, he and [producer] Albert wanted to take me off camera for four to five months. It was not something that had ever been discussed but that’s what it was, and to come back in five to six months, or four to five months — whatever that time frame was — I just thought, you know what, it’s time to really write a new chapter. I’ve had an incredible run there. I’ve had so many amazing friends and memories. I cannot say enough how I’ll miss so many people working there and working with them, but they are in my life and we do socialize, but like I said, I think it’s time.”

Any fans that are expecting Alfonso to return should not get their hopes up. After her last episode airs on October 14, she won’t be seen on the soap again. 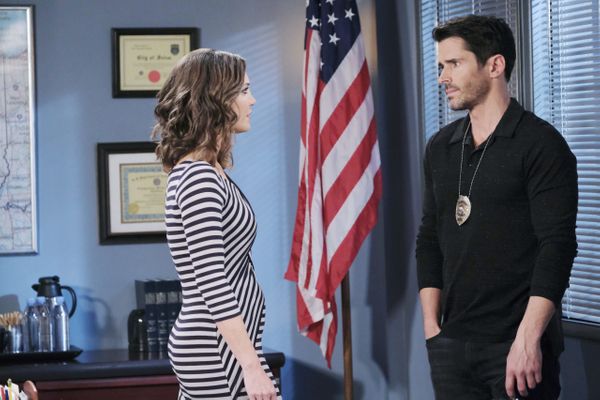