Lori Loughlin and her husband Mossimo Giannulli’s attorney has filed a motion to have the decision on his clients’ trial date postponed after claiming to have evidence that allegedly reveals college admissions scam ring leader Rick Singer was told to lie by the FBI about Loughlin and Giannulli’s knowledge of bribes being paid.

According to court documents obtained by PEOPLE, “Loughlin and Giannulli’s attorney Sean M. Berkowitz explains that prosecutors have released previously withheld ‘exonerating’ information about the couple, who have been charged with bribery.”

This alleged information includes written notes by Singer – the man at the center of the scandal – with details concerning conversations he had with the FBI about “recorded phone calls that they directed him to make to his clients in order to induce inculpatory statements to be used against those clients.”

“Singer’s notes indicate that FBI agents yelled at him and instructed him to lie by saying that he told his clients who participated in the in the alleged ‘side door’ scheme that their payments were bribes, rather than legitimate donations that went to the schools,” the couple’s attorney states in the court documents.

“They further note the Government’s desire to ‘nail’ one of the defendants ‘at all costs,’” Berkowitz added.

In what Loughlin and Giannulli’s attorney claims are Singer’s “own” notes, he described “loud and abrasive calls” with FBI agents.

“They continue to ask me to tell a fib and not restate what I told my clients as to where their money was going — to the program not the coach and that it was a donation and they want it to be a payment,” Singer allegedly wrote in his notes, according to court documents.

“Essentially, they are asking me to bend the truth… Liz raised her voice to me like she did in the hotel room about agreeing with her that everyone bribed the schools. This time about asking each person to agree to a lie I was telling them,” he allegedly wrote about what looks to be one federal agent.

“The government has not revealed how Singer responded. Indeed, the fact that the government has never alleged that Singer told Giannulli and Loughlin that their payments were going to Heinel personally is a strong reason to believe he told them the opposite — that they payments were legitimate,” Berkowitz states, per court documents.

“The supplemental discovery produced today demonstrates that the government was simply not being truthful,” The couple’s attorney stated. “Singer told agents working on the case the exact information we have been seeking in discovery, and those agents attempted to bully him into lying and saying something different. This belated discovery, which should have been produced no later than 30 days after indictment, is devastating to the government’s case.”

The actress and her husband, fashion designer Mossimo Giannulli, are both accused of paying $500,000 in bribes to get their two daughters, 20-year-old Olivia Jade and 21-year-old Isabella, admitted to USC as recruits for the crew team (even though they have never participated in the sport) as part of an alleged college admissions scam. Loughlin and Giannulli have pleaded not guilty to the charges in the college admissions scandal. 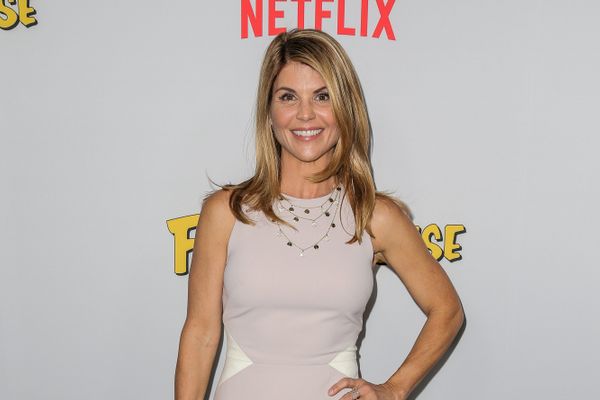