“Love of our lives,” Morris captioned her post, sharing a series of photos on Instagram, including her holding her sleeping baby boy while in a Nashville hospital bed and a shot of Hurd holding his newborn son.

Hurd shared his own snaps via Instagram, captioning the two-set photo gallery with their son’s name and the date of birth, alongside a prayer hands emoji.

Morris announced she was expecting last October on Instagram. The country singer was draped in a skin tone shawl, holding her stomach while Hurd sat close beside her.

“The irony is just too rich that after a year of living in the ‘GIRL’ headspace, the universe would give us a baby boy to even things out,” Morris captioned the photo, pointing to her second studio album titled GIRL.

After she announced her pregnancy, the country singer documented her physical transformation and showed her baby bump off at several concerts and red carpet events, including the recent CMA Awards, where she was awarded album of the year.

Earlier this year, Morris skipped the Grammy Awards in favor of a babymoon with Hurd at Blackberry Farm in Walland, Tennessee. She posed with her hand on her baby bump in one photo from the trip, gazing into the distance as she stood on a light-washed deck over a small body of water.

In February, the couple celebrated their newborn ahead of his birth with an adorable baby shower with friends and family. 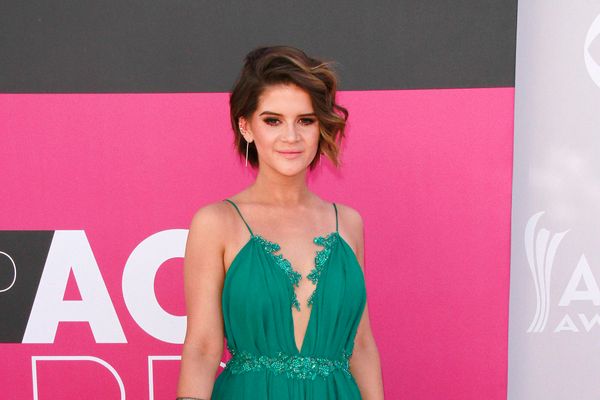