Marilyn McCoo, her real-life husband Billy Davis Jr. and Vanessa Williams will all be returning to Days Of Our Lives (DOOL) for Lani Price (Sal Stowers) and Eli Grant’s (Lamon Archey) wedding.

McCoo plays Lani’s mother Tamara Price and Davis Jr. plays her husband. They will both return to Salem for a short stint, starting on June 29. The last time the couple appeared on DOOL was when Lani left Eli at the altar in November 2019.

Williams plays Eli’s mother Valerie Grant, who turned up in Salem this past February when Eli was set to marry Gabi Hernandez (Camila Banus), which was another wedding that didn’t happen.

McCoo is well known as the lead female singer of the group The 5th Dimension, whose first hit song “Up, Up And Away” won four Grammy Awards in 1968. She also hosted the television show Solid Gold from 1980 to 1987 and starred in The Marilyn McCoo And Billy Davis Show with her husband in 1977.

Williams has been portraying Valerie since October 2016 and has also appeared on many prime-time television shows including Law & Order, Melrose Place, Chicago Hope, Knight Rider, Everybody Hates Chris, The Steve Harvey Show, The Pretender, The Bay, The Flash and 40 And Single.

Surrounded by friends and family again, will Lani and Eli’s second walk down the aisle finally be the charm? Keep watching DOOL to find out! 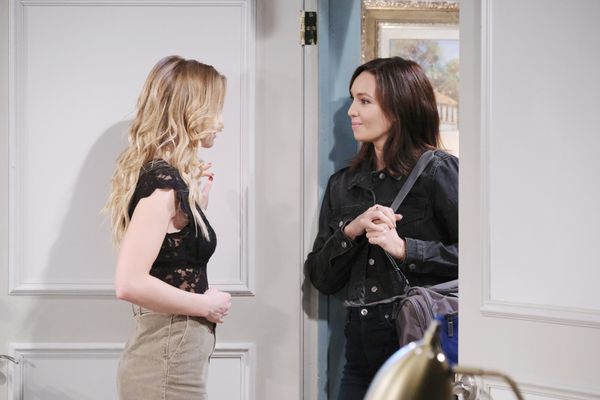