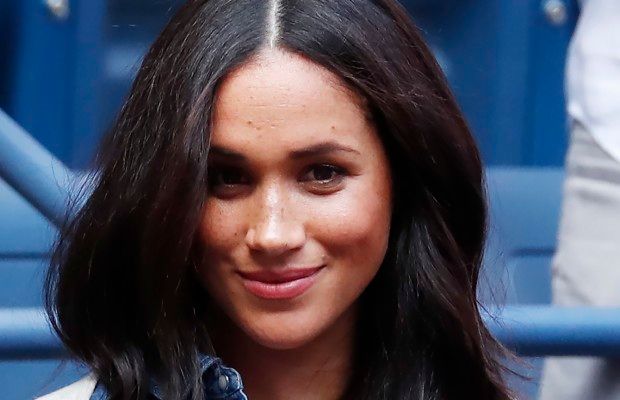 Meghan Markle, Duchess of Sussex, traveled to New York this past Friday. She was there to watch her friend Serena Williams compete in the U.S. Open final against Bianca Andreescu on Saturday.

She stole the show in this casual denim J. Crew shirtdress, which she paired with a grey jacket that she hung over her shoulders, aviator sunglasses, and a gold necklace from designer Mini Mini Jewels with two dog pendants, one with an “H” and the other with an “M.”

The trip to the U.S. was unexpected and was the first time that she was in the country since her baby shower in February. She wasn’t going to stay long, however, and was only there for the weekend.

Markle sat in Williams’ box and was seated behind the tennis star’s husband, Alexis Ohanian, in front of Anna Wintour, and next to Williams’ mother and her coach.

While in New York, the Duchess of Sussex was spotted attending a yoga class at her favorite West Village studio, Modo Yoga, with 60 other people. There were reportedly “lots of sweet, knowing smiles” between the other attendees. 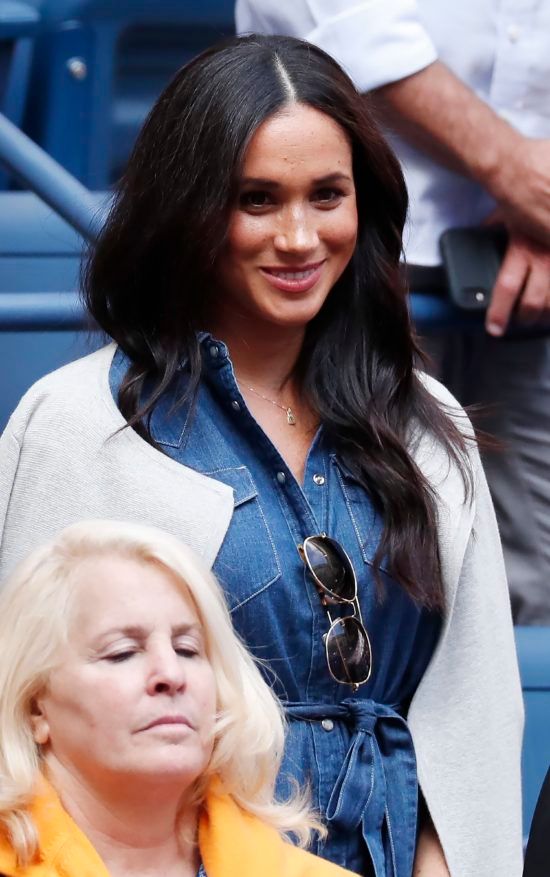 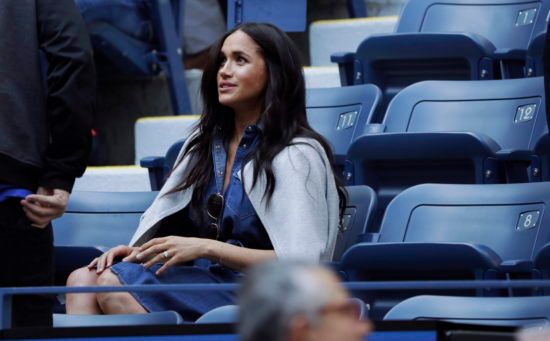 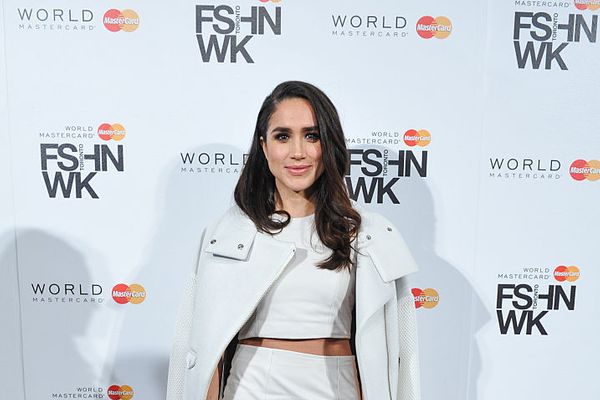 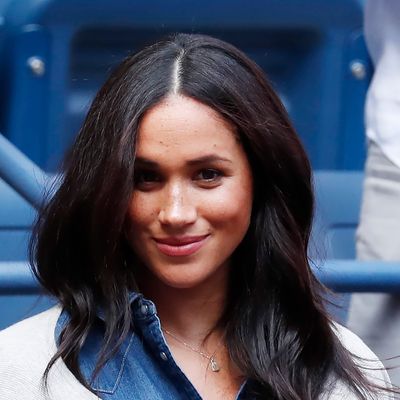