Queen Elizabeth has released a statement via Buckingham Palace responding directly to the recent tell-all interview Prince Harry and Meghan Markle had with Oprah Winfrey.

“The whole family is saddened to learn the full extent of how challenging the last few years have been for Harry and Meghan,” reads the statement, which was released on Tuesday by Buckingham Palace on behalf of Queen Elizabeth.

“The issues raised, particularly that of race, are concerning,” the statement continued. “While some recollections may vary, they are taken very seriously and will be addressed by the family privately.

The statement concludes with, “Harry, Meghan and Archie will always be much loved family members.”

Millions of viewers tuned in to the interview where Prince Harry and Meghan Markle opened up about the difficult time leading up to their unprecedented exit as senior working royals. Among the major revelations the pair revealed, Meghan stated she suffered from suicidal thoughts and there were “concerns and conversations about how dark [Archie’s} skin might be when he’s born.”

Despite the hardships and toxic environment they endured before stepping away, the pair made it abundantly clear Harry’s grandmother Queen Elizabeth II and his grandfather Prince Philip were not among those creating issues for them. They both were very open about the love and respect they had for the Queen with Harry even saying, I’ve spoken more to my grandmother in the last year than I have done for many, many years. My grandmother and I have a really good relationship and an understanding, and I have a deep respect for her. She’s my commander-in-chief, right? She always will be.” 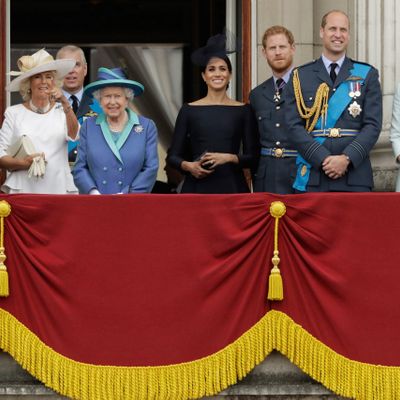